'The Irishman' Is Being Released on Netflix Today | 22 Words 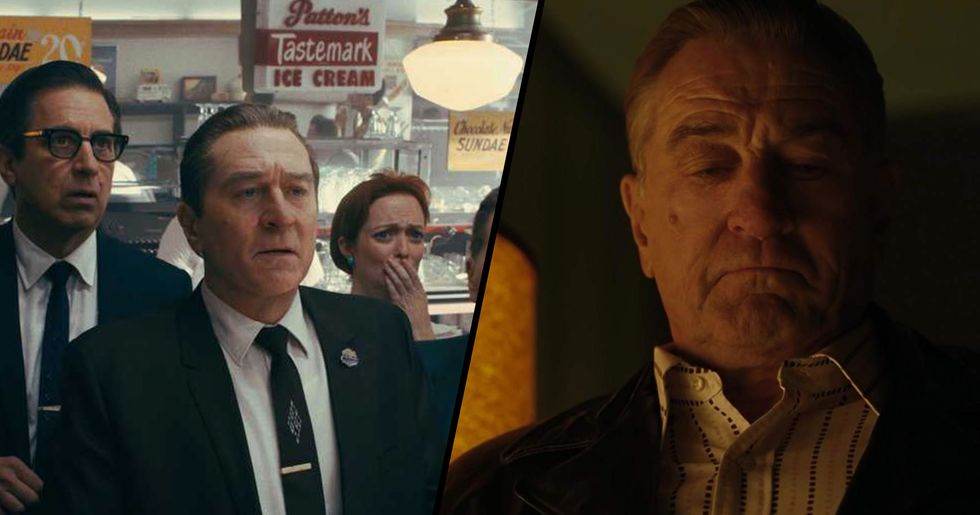 'The Irishman' Is Being Released on Netflix Today

All those that have been anticipating the arrival of Martin Scorsese's The Irishman onto Netflix, the wait is over.

I mean sure we could have gone to see it while it had its limited release run in movie theaters but I mean, you know... I was busy, you were busy. You know the drill...

Anyway, none of that matters now because The Irishman, as of today is on Netflix.

Praise be to God.

Scorsese wasn't sure about distributing through Netflix.

Noah Baumbach's latest feature will be premiering on Netflix.

Baumbach is the writer and director behind some of the best indie movies of the past decade, such as The Squid and the Whale, Francis Ha and Mistress America to name a few. Baumbach is also the partner of the unstoppable Greta Gerwig. The pair have frequently collaborated together and are set to co-write and direct a new Barbie live-action.

Marriage Story has already been dubbed the modern Kramer vs. Kramer.

From its short run on the festival circuit, it was clear that Baumbach's Marriage Story starring Adam Driver and Scarlett Johanson will be a modern classic. Which makes it all the more interesting that Netflix will be the platform to premiere the movie. Things really are changing. I mean, I for one am going to see it tonight in one of the limited previews because I mean, who can wait until December 6th?

Leaving the house to watch a movie?

Perhaps we've become collectively agoraphobic, I mean with so many movies now at our disposal thanks to streaming services, how could we possibly warrant a trip to the movie theaters?

$10 a ticket? That's the same price as a month's subscription to...

Maybe we've all got cheap? Or maybe snuggling up on the sofa and being cute and being able to pause the movie when we need to take a toilet break makes staying in, the new going out.

So all the good quality stuff will come to us?

Essentially, that's what it seems like. Give it a year or 2 and the biggest blockbuster of the age might be premiered on streaming platforms.

Some people have been dying to watch The Irishman.

I mean, obviously not enough to go and watch it during its limited release but like, enough to tweet about it.

So what are you waiting for?

I hereby release you into the ether to go and watch The Irishman on Netflix. I don't care if it's 4 in the morning and you have work tomorrow... this is more important. Or, alternatively, continue scrolling to read about what Robert De Niro said about Trump being a gangster...