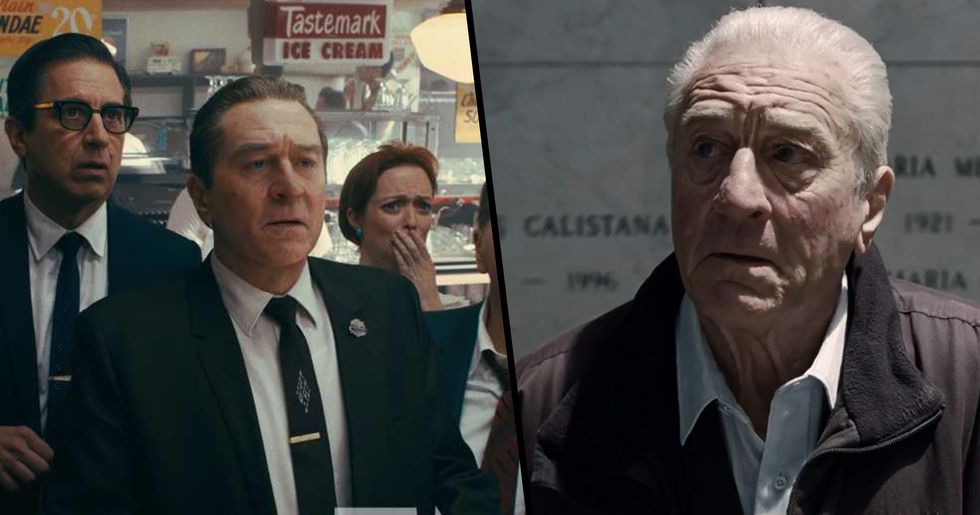 Every once in a while, filmmakers will strike gold with a movie that just seems to grab everyone's attention, and that has certainly been the case with Martin Scorsese's gangster epic, The Irishman.

Since its long-awaited release last month, the world can't seem to stop talking about it. The star-studded crime flick has truly won over both fans and critics and following its recent drop on Netflix, some pretty strong opinions have been swirling around the internet.

And now it seems The Irishman has got something even bigger to brag about. Keep scrolling to see why everyone is falling over themselves...

So, you'll probably of heard of The Irishman by now.

Even if you haven't had a chance to watch the gangster spectacle yet, there's been no way of escaping all the buzz surrounding it.

But those who weren’t quite keen enough to catch it on the big screen were in luck, as the movie dropped on Netflix this week.

Scorsese wasn't sure about distributing through Netflix.

Some people have been desperate to watch The Irishman.

I mean, obviously not enough to go and watch it during its limited release but like, enough to tweet about it.

The movie has been well and truly raved about.

Both critics and fans have been falling over themselves to lavish Scorsese's gangster epic with praise.

But now its got something even bigger to brag about...

If all the rave reviews weren't enough, the movie is adding another impressive string to its bow.

The movie has now been named the best film of 2019 by the National Board of Review.

The crime flick follows in the footsteps of box office icons such as Green Book, The Post, and Mad Max: Fury Road - all previous winners of the prestigious accolade.

It looks like there's even more of a reason to watch.

"We are thrilled to award The Irishman as our best film - Martin Scorsese's masterful mob epic is a rich, moving, beautifully textured movie that represents the best in what cinema can be," explained NBR president Annie Schulhof.

So what are you waiting for? Check out the trailer below.

We hereby release you into the ether to go and watch The Irishman on Netflix. Or, alternatively, continue scrolling to read about what Robert De Niro said about Trump being a gangster...