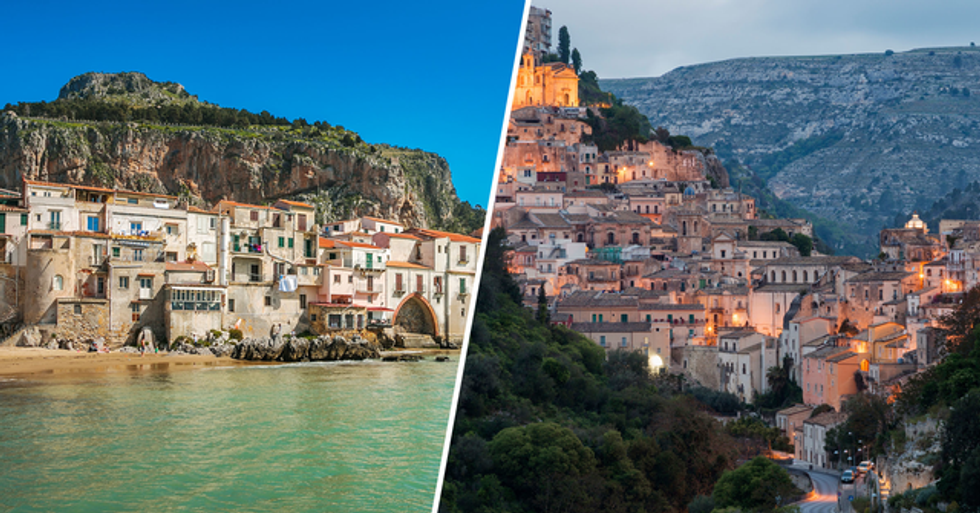 In preparation to ease the ongoing lockdown regulations, the Italian island of Sicily has offered to cover a huge proportion of your vacation costs if you were to visit later in the year.

And I only have one question... Where do I sign up?

Keep scrolling for the full details of this remarkable offer, and to find out where you can sign up.

Italy is the place of dreams.

You'd be lying to yourself if you said you'd never dreamt of quitting your job, packing up your belongings, and running away to Italy to live out your days with copious amounts of wine, pizza, and pasta.

The European hotspot has so much to offer...

Did I mention that there's loads of wine, pizza, and pasta?

The country is full of breathtaking views and architecture.

So it comes as no surprise that it is one of the most visited countries in Europe, with over 63 million keen travelers visiting in 2018 alone.

There is something for everyone.

So, why haven't we all moved there yet?!

Well, while packing up and moving to an exotic European country may sound incredibly appealing...

It's a lot easier said than done.

It's no secret that a trip to Italy will leave most of us completely bankrupt.

And, putting long-haul flights and expensive hotels aside, it isn't the cheapest experience once you've arrived, either.

And, even if you did have enough pennies saved up for that dream Italian get-away...

The ongoing lockdown restrictions mean that we won't be flying anywhere any time soon.

Yep, all vacation plans have been brought to a grinding halt.

Amid the ongoing medical pandemic, many countries have closed their borders in a bid to prevent any further spread of the deadly virus.

And Italy is one of them.

Italy has been one of the worst affected European countries in this pandemic and has been in a strict lockdown since March 9th.

For the first time in decades, Italy is a tourist-free zone.

But, devastatingly, this has had a huge impact on the country's economy, with billions of euros being lost as a result of their closed borders.

But now, nearly 2 months into their lockdown...

Italy is seemingly making preparations for its tourism revival, and what they have offered is simply too good to refuse.

The Italian island of Sicily has been hit the hardest during the pandemic.

Since the island closed its doors on March 10, it has lost upward of 1 billion euros, or $1.09 billion, in tourism-related revenue.

The island is usually teeming with tourists.

With white, sandy beaches, rich historical culture, and arguably some of the best food spots in the whole of Italy, Sicily has long been one of the most sought-after travel destinations

But, ever since the lockdown...

Their streets have been left deserted, meaning restaurants, bars, and hotels have been forced to close their doors.

So, understandably, they are desperate for people to return.

And, to encourage tourists to pick the island for their next vacation, they have come forward with a remarkable offer.

They have offered to cover a large proportion of travel and accommodation costs for any potential visitors.

Officials have said they will pay for half of the flight costs and a third of hotel expenses for travelers wishing to visit, as well as free tickets to many of its museums and archaeological sites.

It's almost too good to refuse.

A discounted vacation to the beautiful island of Sicily? You can count me in.

The exact dates of when this offer will be eligible haven't been revealed yet...

But it is known that Italy is reopening its restaurants as takeaway services from May 4th, as well as reopening the manufacturing and construction sectors... So it could be very soon.

You can find out the full details on the Visit Sicily website.

Vouchers and offers are to be released on this website, although the official date for the drop has yet to be announced. For more amazing island opportunities, keep scrolling to read about the Irish island who was on the hunt for two friends to live there for free...