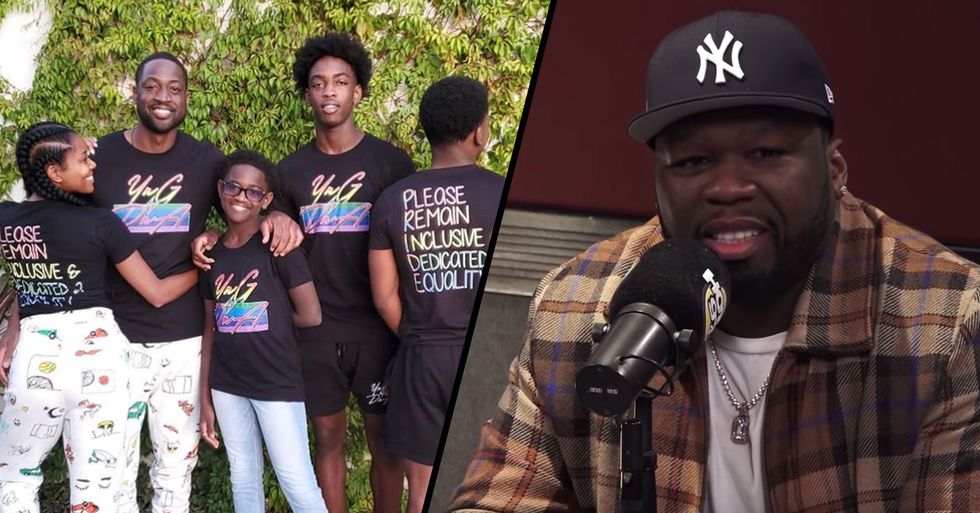 Despite all the unnecessary outrage amongst some of his fans, Dwyane addressed the issue, hitting home with a powerful message for all parents out there. And because of his support, Zaya now identifies as a female - but it wasn't an easy ride going public.

Now, 50 Cent has been slammed for a joke he posted about her.

Keep scrolling for the full story and to see 50 Cent's post for yourself.

Fans were quick to point out twelve-year-old Zaya's appearance...

But, sadly, Zaya has been subject to more hateful messages.

He criticized Dwyane for supporting his daughter.

His rant didn't stop there.

"My pops said what he said. Stop sending me that. I bet you won't say it to our face."

"I know this chick that will do sum thangs to Dwade son that will make that boy back str8."

And many were calling for the pair to be "canceled."

@ariieeY2K Very sad. They both need help with their homophobic attitudes. They should be cancelled all over. They k… https://t.co/csWXKWRMzj
— Tamika (@Tamika)1582271179.0

With several saying they are simply "desperate for publicity."

Now can we please cancel him now?

Now, Zaya has become the latest victim of rapper, 50 Cent.

It seems he couldn't stay silent.

He was instantly slammed in the comments.

Many agreed that his post was totally uncalled for and was certainly nothing to joke about - not to mention completely distasteful for including R.Kelly, who has been accused of sexually abusing several minors.

People were outraged with the star.

"I’m certain 50 wouldn’t want anyone commenting on his son or family. Time to grow up," commented one user.