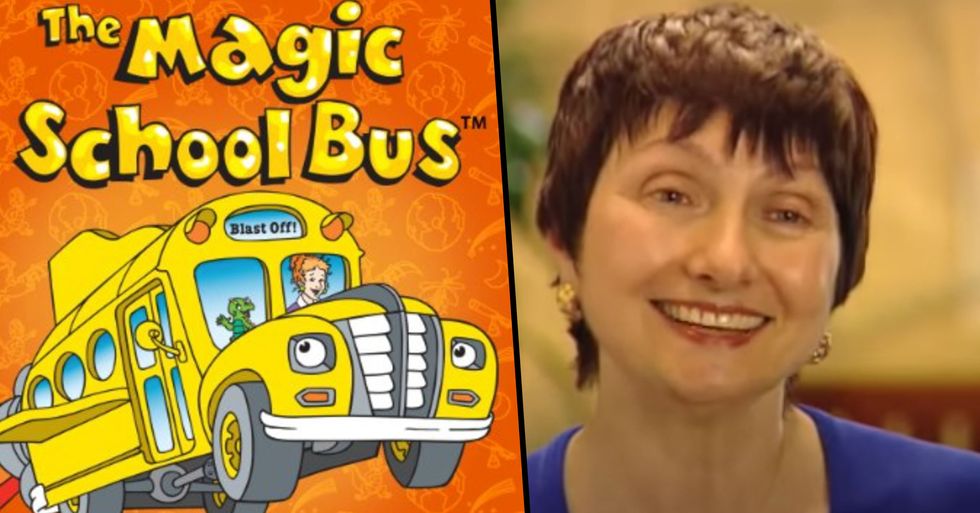 Read on to find out all the details about her death.

Joanna Cole is a legend in the industry.

Born in Newark, New Jersey, in 1944, Joanna started her career as a librarian before going on to write over 250 children's books.

As a child, her interest in reading started in an unlikely subject.

You would think she would have been a fan of English lessons, but instead, Joanna was a sucker for science.

Her teacher let her check out a science book once a week.

And from then on, her love for reading only got stronger. "I thought that reading science books for pleasure was an ordinary thing," Joanna would say.

Her love for science was a lot stronger though.

In her spare time, she would spend her days analyzing plants and insects in her backyard. Later, she would go inside and write up reports in preparation for her science lessons.

So it made sense when she announced her favorite book as a child was Bugs, Insects and Such.

After her initial education, she went onto study further at the University of Massachusetts and Indiana University before graduating from the City College of New York with a bachelor's in psychology.

Yes, this woman could do it all.

But her career took a sharp turn after her studies as she decided to take a librarian job in a Brooklyn elementary school.

She quickly moved onto working for news agencies...

And then found herself as an associate editor for the SeeSaw book club.

With her foot in the door and a lot of experience under her belt, she was ready to continue progressing...

She was hired as a senior editor at Doubleday Books, who provided readings for young adults but her love for writing started becoming her main interest, so she went onto freelance and live out her dreams as a professional writer.

And that's when she fell into her dream job... Writing children's books.

Her first children's book was obviously about insects, (she picked cockroaches, of course!) because, at the time, there were no books written about them at the time. So, you could call her a pioneer, if you want.

But there's one particular book that stands out from the rest of her work.

You know which one I'm talking about, right?

The Magic School Bus, of course.

The first book of the series was written in 1985 and published in 1986 and was immediately a hit.

It sold millions of copies as well as being translated into multiple different languages.

Joanna said her favorite book in series is Inside the Earth, when one of the characters, Arnold, confuses a piece of Styrofoam with dirt on it as a rock and brings it to class. Sounds like an incident from Joanna's own childhood, to be honest.

The series was recently adapted into a show which is now showing on Netflix...

And of course, that was also a hit.

It has 4 seasons for your viewing pleasure.

And of course, Joanna had her own say on how it was produced, along with the co-creator Bruce Degen.

So, after shaping our childhood's it hurts to bring you such unfortunate news.

Scholastic announced that the author died on Sunday.

RIP Joanna Cole, the creator of the Magic School Bus books, who made science and other subjects easier to learn. Yo… https://t.co/1MrBN3xaqW
— unusualphotos (@unusualphotos)1594881205.0

They also mentioned that the cause was idiopathic pulmonary fibrosis.

In a statement, they said this:

“Joanna Cole had the perfect touch for blending science and story," Dick Robinson, the Scholastic chairman, and CEO, said in a statement released on Wednesday.

"Joanna’s books, packed with equal parts humor and information, made science both easy to understand and fun for the hundreds of millions of children around the world who read her books and watched the award-winning television series."

Which was set to come out next spring. Now, the show will be even more special as it will be in memory of the late author.

It's been a heartbreaking year with so many of our other favorite celebrities passing away, read on to see the list.