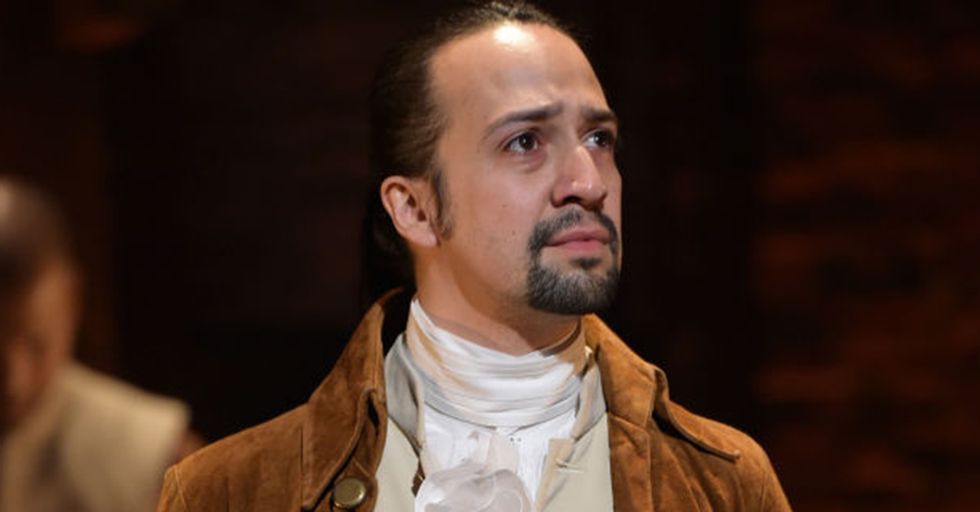 'The Magic School Bus' Gets the ‘Hamilton’ Treatment Thanks to Netflix

The Netflix machine just keeps cranking out shows for us to binge, but as we're exposed to more and more of their offerings, the company is forced to work a little harder to capture our ever-fleeting attentions.

Well, I would say that getting Hamilton star and full-on phenomenon, Lin-Manuel Miranda, to wow us with a song is a step in the right direction.

First things first: Have you heard about this play, Hamilton?

Of course, you have. Much of the credit for the widespread love for the Broadway smash goes to singer/actor/dancer/writer/renaissance man Lin-Manuel Miranda, who has risen to the status of "pop culture god" from his critically-acclaimed musical.

However, Miranda's career isn't all Hamilton.

He's broken off (largely) from the production to chase new work. Well, the work is chasing him at this point, but you get the idea.

Netflix, a company that knows which side its bread is buttered on, didn't pass up on the chance to leverage the vocal stylings of Mr. Miranda for a very special new project they've got cooking.

And that project... is THE MAGIC SCHOOL BUS! Take us to nostalgia-town, way back machine! To add even more excitement, the reboot will have Kate McKinnon of SNL fame voicing Ms. Frizzle.

And here's the other prominent name on the (digital) marquee:

Lily Tomlin, who comes from three generations of Hollywood royalty.

Together, they're going for a little ride.

The duo are starring in The Magic School Bus Rides Again, which will premiere on September 29th on Netflix. But the real reveal is yet to come. In fact, it took everyone by surprise.

(Wait for the song to hit.)

You know by now that Lin-Manuel Miranda's involved in this project.

But the craziest part is HOW he's involved.

Somehow, he's not a repeat character, but they still got him to lend his considerable talents to the show's iconic and beloved theme song.

Something tells me Miranda is a fan. He might be more excited about this than Netflix is.

The original premiered in 1994, so we were probably due for some nostalgia goodwill for the kids who were a little too young to enjoy Stranger Things that way.

How do you get an anticipated event even more attention?

Well, first, give it to the people on Netflix, so they can stream it whenever or wherever they want. Second, get Lin-Manuel Miranda to shock audiences with the performance. Considering the buzz around him, I'm not sure how this was kept close to the vest. But the effort in keeping it secret appears to be worth it. And people are certainly reacting...

Some are saying it's so logical it makes their brain hurt.

Well, not in those words, but...kinda.

Let the references to the original commence:

Not everyone will get that nod, but the ones who matter to the show's marketers probably will.

Some people are so jazzed that they completely forgot punctuation.

Well, that's too bad, as the program prides itself on being more scholastic than most.

I guess we're getting some revisionist history here.

What else didn't you know about the world? Fortunately for Hamilton, Miranda, and Magic School Bus fans, their eyes are open now that they're experienced the collision of two generations to get the song going.

Oh, and here's an Easter Egg for the super-obsessed, courtesy of you-know-who.

Welp, if that doesn't fill your nostalgia bucket...I guess you can wait until September 29th when the show premieres and binge until your heart's content.