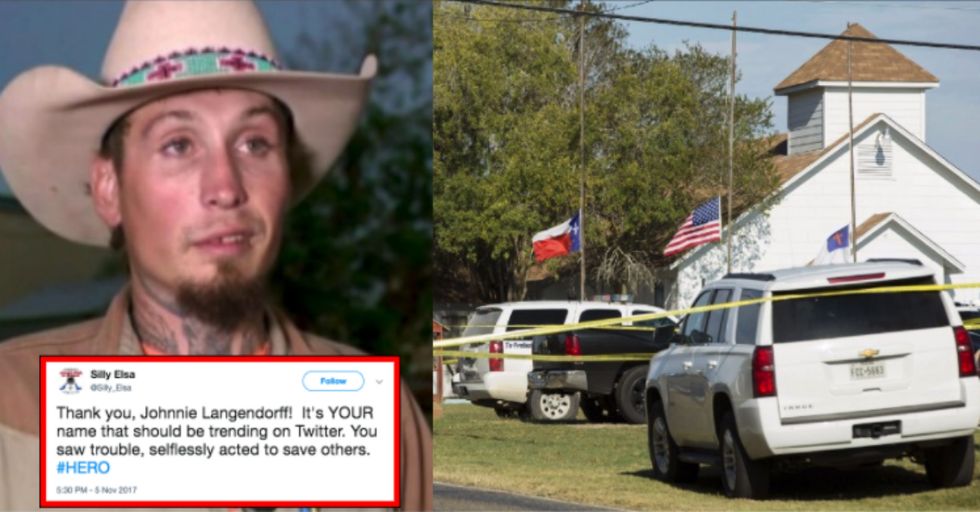 At approximately 11:20 a.m. on November 5, a mass shooting took place at the First Baptist Church in Southerland Springs, Texas. Twenty-six people were killed and 20 more were injured. It was the deadliest mass shooting in an American place of worship.

The shooter's motivations for targeting the First Baptist Church are unclear at this time.

As this is a still-developing story, we don't have all the facts yet. It was recently revealed that the gunman's former in-laws attended the church. They were not in attendance on November 5, however.

The suspect was first spotted at a Valero gas station across the street from the church.

Eventually, the gunman left the building. At that point, a man who lives next-door to the church engaged him in a gun battle. That's when Johnnie Langendorff showed up.

"I just pulled up to an intersection and saw gunfire," Langendorff said. "The gentleman with the rifle came to my truck as the shooter took off, and he briefed me quickly on what had just happened and said that we have to get him. We just take pursuit. And like I said, we hit about 95 [mph] trying to catch this guy until he eventually lost control on his own and went off in the ditch. "He just hurt so many people. And he just affected so many people's lives. Why wouldn't you want to take him down?"

Langendorff and the other man trailed the shooter for approximately 11 miles until the gunman lost control of his car.

The gunman was found dead in his car from what appeared to be a self-inflicted gunshot wound. Since Sunday, Langendorff's Facebook page has been inundated with people thanking him for his actions and calling him a hero.