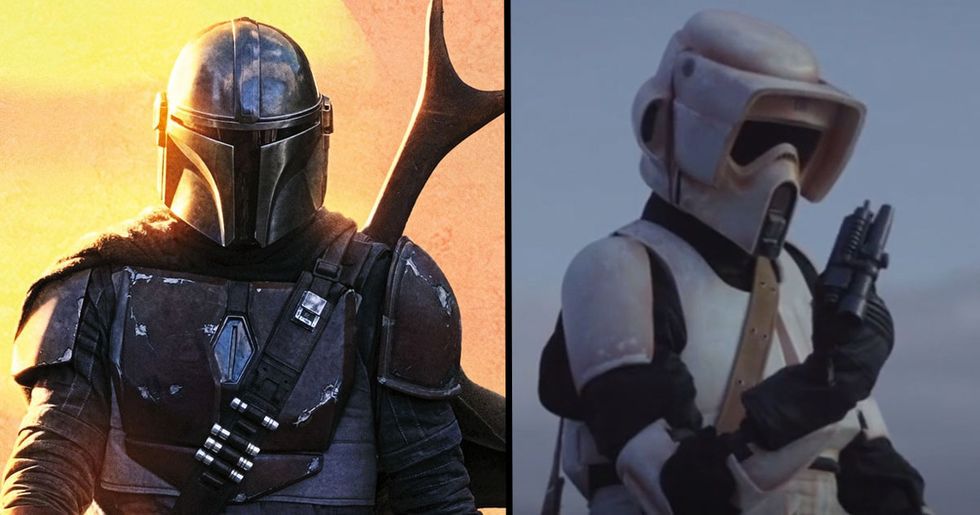 This month, Disney fanatics finally got to sign up for the studio's long-awaited streaming service, Disney Plus. The service boasts an impressive slate of Disney content - from gripping superhero spectacles from the Marvel Universe to classic Disney princesses, there's no shortage of content to feast your eyes on, straight from the house of the mouse.

While fans have been lining up to stream the classics, everyone can't help but talk about one particular series, The Mandalorian. But something fans have noticed for a while has finally been confirmed.

Keep scrolling to see the hilarious video of their admittance that Stormtroopers are in fact, the worst shooters in the galaxy...

Disney Plus has finally landed!

The service provides an on-demand, advert-free streaming service for just seven dollars a month, or seventy dollars a year.

The service gained a whopping 10 million sign-ups in one day during its launch.

But one stands out amongst the others: The Mandalorian.

The original sci-fi spin-off series, set in the Star Wars universe, has been drawing in significant praise from fans, who have been eagerly digging into the first few episodes available on the service.

And its profound success has reached new heights recently...

The Mandalorian has officially dethroned Stranger Things as the top streaming TV show in the U.S. There's just no arguing with the facts.

For those of you that have yet to watch it, the show chronicles the story of a galactic bounty hunter, Dyn Jarren.

It's the first time we get introduced to baby Yoda...

But don't worry, the show is packed full of the usual strange creatures...

Though it looks like we'll still see the odd Stormtrooper...

But despite how cool they are, one fact remains constant:

They are terrible shooters. Don't believe me? Keep scrolling to see the evidence.

That's right, any fanatic knows it to be true.

Stormtroopers have the worst aim in the galaxy and the joke never seems to get old. Fans have been saying this ever since the original Skywalker series premiered on our screens.

With their training, they should be qualified to never miss their target...

But it seems as though it has become an impossible task for them. Even when they're at close proximity, they seem to mess it all up and it just doesn't sit well with fans.

One Quora user took it upon themselves to outline the potential valid reasons as to why this keeps happening and, to be honest, it all makes sense.

3. Their helmets have low visibility.

"A throwaway line from Captain Rex in Star Wars Rebels says that he prefers his Clone Wars era armor than that of Imperial Stormtroopers, as the helmet’s visor is misaligned, making it hard to see."

2. They miss on purpose.

"When needs call for it, they will use suppression tactics to coax a target to a predetermined place, such as a bugged Millennium Falcon in Ep 4. When they were taking on the rebels in the Tantive IV they didn’t miss since they had orders to arrest the princess and kill anyone else."

1. Stormtroopers are inferior to Clones.

"Remember that the Clone Army were created from the template of esteemed Mandalorian Warrior turned Bounty Hunter Jango Fett. The Fett clones were trained for over a decade in combat skills and military training, had the musculature of one of the finest soldiers in the galaxy, and they were trained to be excellent marksmen."

But the way they actually address it in The Mandalorian is hilarious.

A Twitter user shared this clip of the Stormtroopers getting a little bit of shooting practice... But missing every single time.

If you're in the mood to read more about new Disney ventures...

Then have a read about the treat that is Star Wars land, which cost the company one billion dollars...