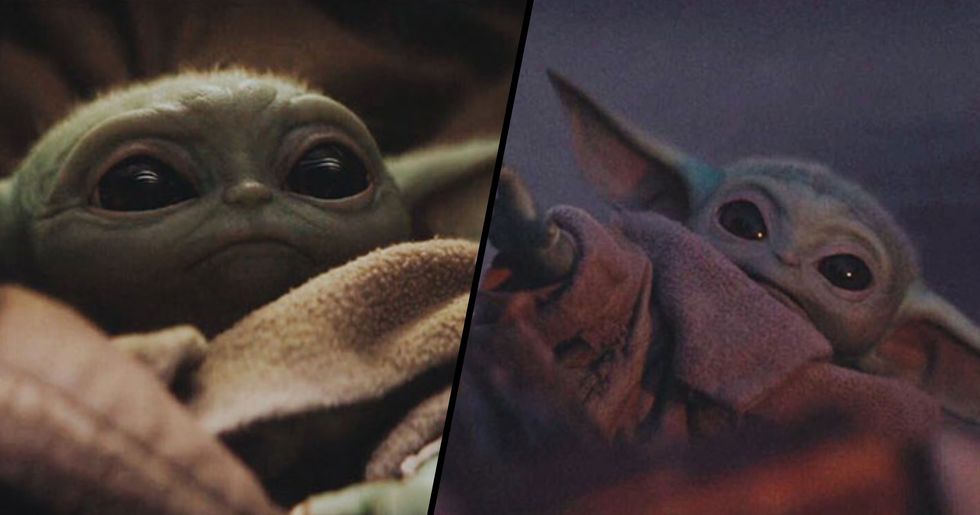 Last week, Disney fanatics finally got to sign up for the studio's long-awaited streaming service, Disney Plus. The service boasts an impressive slate of Disney content - from gripping superhero spectacles from the Marvel Universe to classic Disney princesses, there's no shortage of content to feast your eyes on, straight from the house of the mouse.

While fans are lining up to stream classics such as Iron Man, The Jungle Book, and Tangled, it seems a new addition is standing out from the crowd. The Mandalorian, a series set in the Star Wars universe, is well and truly taking viewers by storm and proving exceptionally popular on the site - with some impressed fans branding it a "masterpiece."

But after the series made its debut, it was clear that one thing completely stole the show... baby Yoda.

The internet has been gushing over the baby version of the renowned character. Keep scrolling and you'll see why.

Boasting an impressive star-studded cast including the likes of Narcos' Pedro Pascal in the leading role, viewers watch as Dyn attempts to survive in the aftermath of the Empire’s collapse.

Though it looks like we'll still see the odd Storm Trooper...

Don't worry, the show is packed full of the usual strange creatures...

Considering only 2 episodes so far have dropped on the site, that's pretty good going.

Many will be eager for more episodes to drop.

Sadly, we can't binge-watch the season (unless you're patient enough to wait for them all to drop), but there's no doubt that The Mandalorian has well and truly got fans hooked.

The baby version of the iconic character is one of the most adorable things we've ever seen.

We hope Disney brings out some baby Yoda merch ASAP.

Disney may as well take our money now.

Feeling even more tempted to give The Mandolorian a watch? Check out the trailer below to see what's in store.

The first 2 episodes of The Mandolorian are available to stream on Disney Plus. Not only has Disney been treating Star Wars fans with The Mandolorian, but it has also created a $1 billion Star Wars land and it's nearly finished. Keep scrolling to get a glimpse at the new park.