'The Mandalorian' Season 3 Is Already in the Works | 22 Words 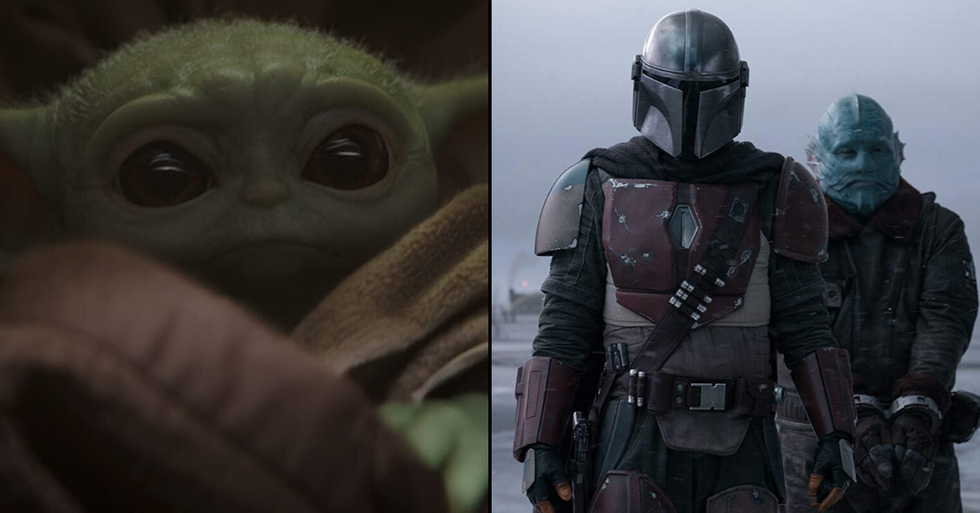 'The Mandalorian' Season 3 Is Already in the Works

Disney truly struck gold with its Star Wars spin-off,  The Mandalorian - with fans and critics alike lavishing it with praise.

And now it looks like a third season is already in the works. Keep scrolling for all the details on the exciting update...

The original sci-fi spin-off series, set in the Star Wars universe, has been drawing in significant praise from fans, who instantly dug into the episodes available on Disney's new streaming service, Disney +.

The premiere of the series landed on the platform's launch date - November 12, 2019.

The episodes were set for a staggered weekly release - keeping anticipation sky high.

It well and truly had fans hooked and has completely taken over pop-culture since it hit screens.

The Mandalorian had a staggering number of these impressions between November 17th to November 23rd 2019.

Either-way, we suppose we'll have to wait and see.

The Mandalorian season 2 will hit screens in October 2020.

Once again, it looks like there's been an exciting update...

Season 2 may not have hit our screens yet, but sources close to the hit series confirmed to Variety today that season 3 is in the works.

Sources confirmed that creator and producer Jon Favreau has been writing season 3 "for a while."

And that the series art department, headed by Lucasfilm vice president and executive creative director Doug Chiang, has been working on concept art for the new season "for the past few weeks."

"We've just started pre-production and are looking into further adventures for the Mandalorian in Season 3," another source said, according to the publication. So, rest assured, it looks like there plenty more Mandalorian content coming our way! In other Star Wars news, Star Wars: Rise of Skywalker has experienced backlash after many have said it has copied another smash hit movie. Keep scrolling to see why...