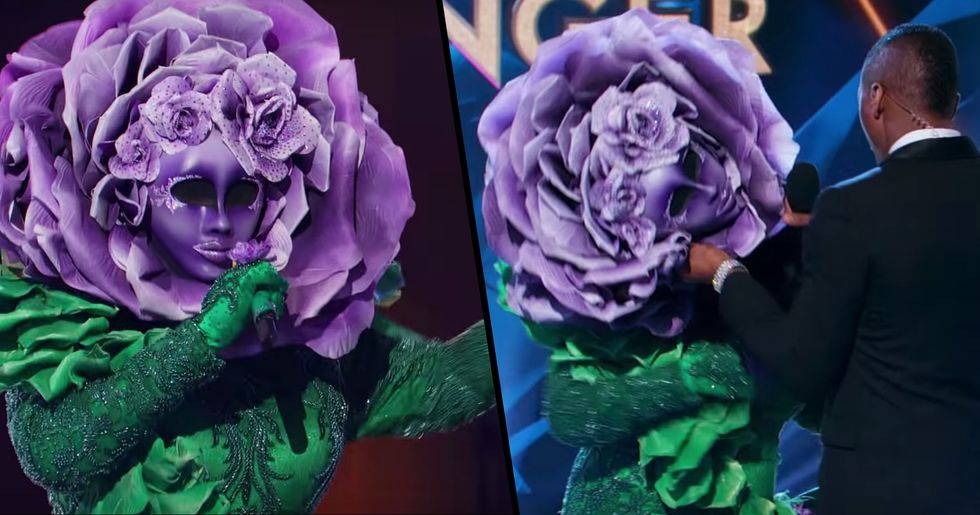 Here we are, halfway through the season of The Masked Singer and we're none the wiser who most of the celebrities are.

Rumors are rife as to which celebs are behind the masks. But in last night's episode, we finally discovered one of the singers that had most divided audiences was.

I couldn't have been more wrong!

Flamingo was the first to perform.

Flamingo's voice is distinctive and yet so, so hard to place.

Some people seem convinced that they know.

The flamingo is DEINITELY @AdrienneBailon with noooo doubt. Her singing voice sounds like her real voice so that’s… https://t.co/YrNDiTQD7L
— its me (@its me)1574318978.0

Twitter was awash with fans guessing who the flamingo is.

Everyone has an opinion.

I think this is one of the reasons I like the show so much.

According to the vast majority of viewers pitching in on Twitter, they reckon flamingo is Adrienne Balion.

You may remember Adrienne from...

Although it's not confirmed that Adrienne is the flamingo I'd be happy if it was her behind the mask!

A knockout performance from Flamingo...

Whoever it may be.

Next to perform was the leopard.

Now, the fans can't quite seem to make their minds up about the dude behind this mask.

I think John Lithgow is the leopard!!!! His manners and tony award winning for musicals! @MaskedSingerFOX https://t.co/jstNZs5AIT
— Wendy (@Wendy)1574312849.0

Some fans are convinced that the leopard is musical theatre legend, John Lithgow.

Or it could be Ru Paul?

Personally I can't see the leopard being Ru Paul, but eh...this Twitter user claims they've known it for weeks.

I think this guy could be on the money...

It would not surprise me if it turned out to be Seal behind the leopard mask.

Arguably the best performance of the night.

That voice does sound a little familiar...no?

Seal or no Seal, flamingo won the battle and leopard was set to perform again at the end of the show.

Next to perform was the flower.

Whilst uncertain who was behind the mask, everyone watching at home was certain that the singer was a legend.

Some people seemed to have it all figured out.

The flower on The Masked Singer has to be Patti LaBelle I grew up on that voice I know it anywhere!!
— Nelson Rutledge (@Nelson Rutledge)1574299737.0

Some people were confident they had cracked it.

Some even boasted that they'd worked it out long before that evening's episode.

It was a moving performance.

I don't know about you, but Flower's costume is by far my favorite out of all the masked costumes in the season.

Who is Patti LaBelle?

A lot of viewers seemed to think LaBelle was behind the mask but who is Ms. Patti LaBelle.

Patti LaBelle is a living icon.

LaBelle started her singing career in the early '60s as the lead singer of Patti LaBelle and the Bluebelles.

La Belle and the Bluebells.

I guess if it turned out that Patti La Belle was behind the mask, the costume of a blue flower was a clever giveaway...

Next up was the Rottweiler.

Personally, I thought the Rottweiler delivered the worst performance of the night, and I don't have the foggiest idea who is behind the mask.

The fact that on the Masked Singer they keep saying the Rottweiler is Darren... like IM WHEEZING it sounds nothing like him can y’all not-
— Alyssa ミ☆ (@Alyssa ミ☆)1574301748.0

But all the die-hard Darren Criss fans watching at home were not convinced. I mean, if anyone would know, it would be them, right?

I've always found Bruno Mars' lyrics quite annoying. Like taking a grenade for someone you fancy is a bit much, isn't it? And why does he think getting married to someone you've just met is a fun-not messy idea?

The general consensus seems to be...

That the Rottweiler is Chris Daughtry.

But can we be sure it's not Justin Bieber?

@justinbieber is the Rottweiler on The Masked Singer. True fans should know that!
— Darkerberry (@Darkerberry)1574340521.0

Apparently all true Bieber fans know for sure that it's him...

For the most part, though, fans are confident it's Chris.

I would actually bet money on the Rottweiler on Masked Singer being Chris Daughtry. I know that voice!
— Sugar Mags (@Sugar Mags)1574301594.0

Some are even willing to put money on it.

Who is Chris Daughtry then?

Chris game fourth place in American Idol and had relative success as the lead singer of the rock band, Daughtry. According to Chris' Instagram account "something is happening"... could it be that he is taking part in The Masked Singer?

Which meant it was up to Leopard to face Flower in the final showdown.

This is when things got tense.

As much as I always want to know who's behind the mask, I never want anyone to go home!

It was a close call in the end... For the save, Flower sang the ultimate fighting number, "Eye of the Tiger."

But Leopard blew everyone away.

Which meant it was time to say goodbye to Flower...

And to find out who was behind the mask!

As it turned out the fans were on the right track when they had guessed Patti LaBelle.

"The Godmother of Soul."

It was truly such an amazing moment when it was finally revealed that Flower was living soul legend, Patti LaBelle. I really hope The Masked Singer gets renewed for another season, I'm hooked. Continue scrolling to see what shows were canceled and what shows were renewed in 2019.