The McRib Is Returning to More Than 10,000 McDonald's Restaurants Across the U.S. | 22 Words 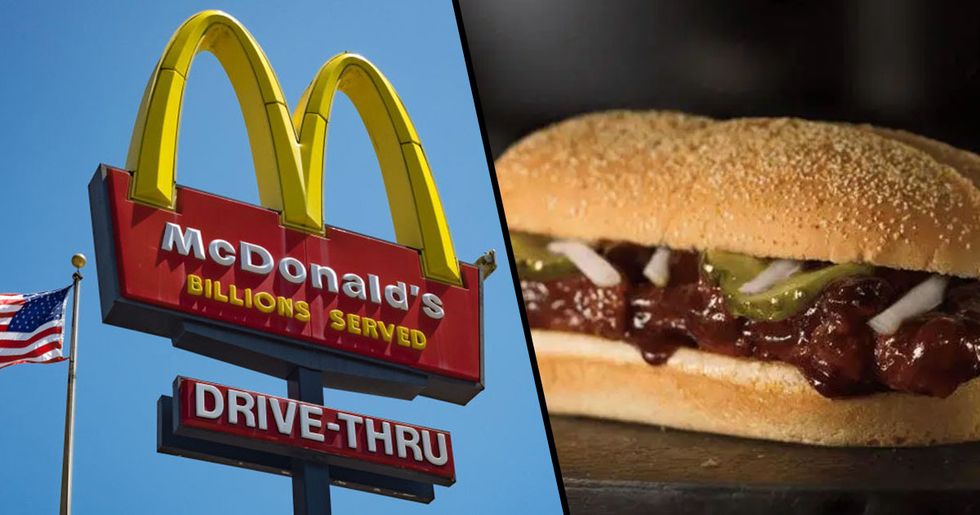 The McRib Is Returning to More Than 10,000 McDonald's Restaurants Across the U.S.

Hardcore McDonald's fans will remember the hysteria that followed after the launch of the iconic McRib. Last year, fans of the sandwich drove for miles to track down the tasty combo of barbecue sauce, pork, and salad. And the restaurant sure knows how to maintain interest, as each year they bring it back - but to a different set of locations.

But, this year, fans can breathe a sigh of relief. Not only is there a bigger selection of stores carrying the McRib than ever before - but there's a new interactive app that allows customers to easily track down the elusive sandwich. Want to learn more? Read on.

McDonald's is one of the most recognizable brands in the world.

The fast-food chain absolutely dominates the market when it comes to our more ... questionable food choices.

The menu is filled with fast-food staples.

From burgers, to chicken nuggets, to their famous french fries, McDonald's know how to do fast-food right.

McDonald's is also known for bringing out super-delicious limited-edition menu items. This means that there's almost always something new to try - and something to mourn the loss of.

And one of the most infamous limited menu items?

Well, it would have to be the McRib. First launched in 1981, McDonald's has been taunting fans with inconsistent rereleases sporadically ever since.

Which is part of what makes it so special.

The fact that the McRib can be so damn hard to track down makes finding it all the more delicious. Of course, the fact it is literally delicious too doesn't hurt.

It sounds like a lot, right? But some rib fans ended up driving for hours to find the elusive sandwich.

In fact, things were so dire...

That one superfan, Alan Klein, created the McRib locator - an app designed specifically to help customers track down the burger of their dreams.

He told Entrepreneur magazine in 2013 that he "nearly drove four hours last year to get one" but "found there was one closer as I prepared to leave."

"If the McRib were to return to a more sporadic availability, I certainly could see myself taking a longer trip to find one," he added.

Curious about other McDonald's launches? Keep scrolling to learn about some very exciting chicken nuggets.