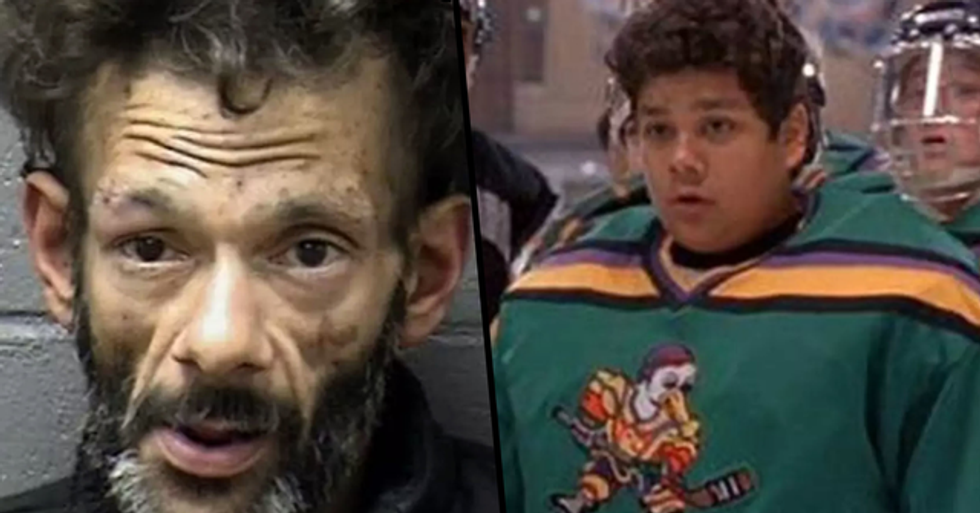 Shaun Weiss, who starred in the 90s Disney comedy franchise, The Mighty Ducks, has been arrested for burglary and drug offenses.

Sadly, this isn't Weiss's first brush with the law, and the forty-one-year-old has had a long history with substance abuse since his glory days as a Disney child star.

Keep scrolling for the full story, and to see his heartbreaking transformation...

In the last decade, a number of different actors and performers who started their careers as children with the entertainment giant have gone off the rails as adults.

Though Disney isn't directly blamed for what happens to its child stars as they enter adulthood...

It is undeniable to see that a worryingly high percentage of these children have experienced serious troubles in later life... From mental health struggles, drug addictions and, in some deadly instances, suicide.

Fame can do awful things to children.

And, news has recently emerged of yet another one of Disney's child stars has taken the wrong path in life as an adult.

Most of us will recognize Shaun Weiss from the 1992 movie, The Mighty Ducks.

The New Jersey-born actor initially rose to fame when he starred in the movie at the ripe age of fourteen.

The movie follows the story of disgraced lawyer, Gordon Bombay...

As he is forced to coach a peewee hockey team as punishment for drink driving.

The Ducks are simply awful at ice hockey...

But, as the movie progresses, Bombay grows to be rather fond of the kids and teaches them how to play well, ultimately resulting in them playing in the finals.

People instantly fell in love with Goldberg and the rest of The Ducks...

And the movie was a huge success, with it grossing around $50 million at the domestic box office.

And an animated series of the movie followed 2 years on from that.

But, despite all the success that surrounded the comedy franchise...

Weiss himself went on to lead a very different life entirely.

And, though he appeared on a handful of small TV shows, the actor has gone on to have a long history with substance abuse.

His transformation is simply heartbreaking.

Back in 2018, Weiss's mug shot shocked the world when was arrested for public intoxication.

He had hit rock bottom.

And this wasn't the first time he was in trouble for possession.

In 2017, the actor was sentenced to 90 days in county jail for possession of suspected methamphetamine.

At the time, a rep for the actor had said, "Hopefully he will stay clean and sober when he gets out."

But it wasn't to be.

Because, this week, Weiss has been arrested again.

This time, he has been arrested in Marysville, California, for burglary...

And also for being under the influence of methamphetamine.

He was arrested on Sunday.

The actor was discovered rummaging through a car parked inside a local resident’s garage at around 7 am.

Police were alerted by the homeowner...

Who reported an "unknown male inside his garage that did not belong there."

Upon arrival, the police found Weiss searching through the resident’s car...

And they took him into custody, where they discovered that he was also high on methamphetamine. In a report posted to Facebook, they wrote: "Weiss displayed symptoms of being under the influence of methamphetamine and said he did not reside at this residence. Weiss also said the vehicle he was filtering through was not his."

And, following news of his arrest...

Fans have been taking to Twitter to express their concern for the actor. One Twitter user wrote, "Wow poor Goldberg", while another suggested, "Maybe get him some help instead of letting him go free again."

Weiss has made some turbulent choices in his life...

@SkyNews Wow 😮 They say we are all six steps from homelessness with a few poor decisions or circumstances out of ar… https://t.co/7FhLqO7cTw
— Adam Harding-Jones (@Adam Harding-Jones)1580298851.0

Let's just hope that he can find it within himself to turn his life back around.