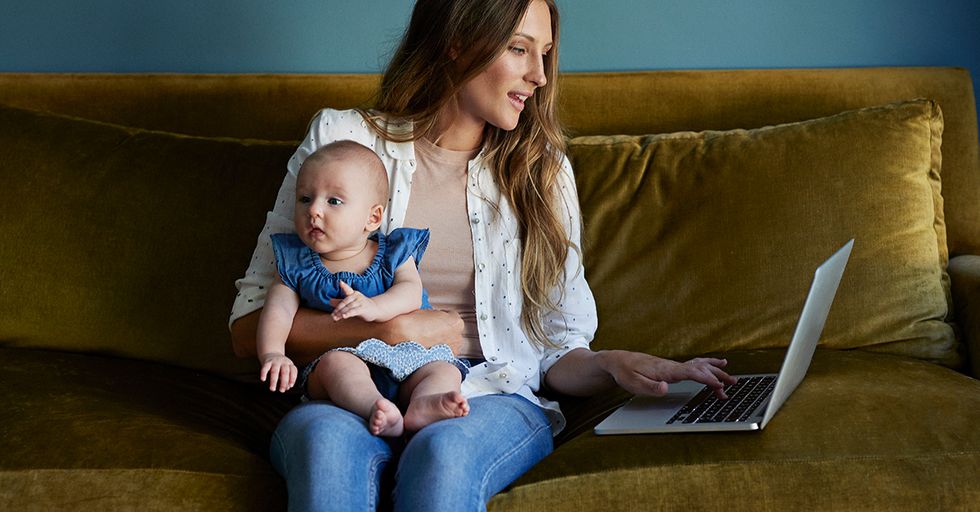 The Most Annoying Parenting Trends of 2019

When it comes to parenting, everyone believes their way is best. If you are planning on having children and you talk about it with your social circle, you will probably receive a ton of unsolicited advice on everything from sleep training to breastfeeding to which cleaning products you should use. While some of this can surely be helpful, especially for a new and overwhelmed parent, a lot of it just causes more anxiety and stress. As if bringing a new life into the world wasn't enough already! Now you have to panic because you aren't using the right brand of diapers and your child will surely be doomed because of this. At least, that's what it feels like.

When it comes to parenting trends, some are wonderful tools that have evolved over time. Some can be very beneficial to parents. But then there are parenting trends that just don't seem very productive at all...

Keep reading to find out which were the most annoying parenting trends of 2019.

Having kids can be incredibly rewarding.

Parents say there's nothing like the love they have for their child. It's bigger than words can describe.

There are so many beautiful moments that come with parenthood.

The first six months of a baby's life is full of growth and transformation. They go from being tiny and completely dependent to inch-worming around the living room and holding their heads up.

Seeing them smile for the first time is truly something special.

Even if you aren't a parent, there's no denying the cuteness and preciousness that comes with a baby's first smile.

And how about their first giggle?

Sure, there's a lot of wailing and screaming that comes from babies, but that first little giggle is magical!

Being a parent includes a ton of responsibility, of course.

Kids rely on their parents for everything. It's a life-long commitment.

So there's bound to be plenty of challenges as well.

We've all heard of the "terrible twos." The tantrums, the screaming, the attitude! Two-year-olds are terrifying.

Toddlers may be small, but they are fierce.

There are many joys to parenthood, but also lots of stress.

But nothing worth it is easy, right?

The lack of sleep, the financial aspect of raising kids, plus juggling it all with your own life and well-being? Parents are incredible superheroes.

As a kid, it's easy to take our parents for granted.

But being a parent is one of the toughest jobs in the world... There's so much they have to deal with.

Curious what it's like to be a mom? Have someone shout your name every 30 seconds 1 inch from your face while trying to write a grocery list
— MyQuestionableLife (@MyQuestionableLife)1502910582.0

To just finish writing the grocery list is a win. Getting to the grocery store in one piece? That's a different story.

If your child knows that you ate their chocolate, all hell will break loose. It's better that they just don't know the truth about certain things.

Taking a shower without any interruptions becomes a thing of the past when you're a parent.

Locked my 5yo out of the bathroom so I could shower in peace and she stood outside and wrote a song called “Oh Plea… https://t.co/vOfbLb5wvS
— SpacedMom (@SpacedMom)1522243518.0

Also, this song sounds amazing. Hey, Broadway, are you listening?

What is it called when your house is a mess but no one will help you clean it up? Having children.
— SingleBabyMama (@SingleBabyMama)1523032119.0

Why put away the laundry when your child will just toddle over to their dresser and rip everything out of the drawers?

Sometimes harsh humor is the only thing that can get a parent through the day.

This is dark and absolutely hilarious. Parenthood really makes a person think about the bigger picture, doesn't it?

Parenthood is full of surprises.

Like realizing your child has nails that you need to clip. I don't know about you, but that would stress me out. Their little fingers and toes are so tiny!

But there are a lot of important life lessons to be taught, as well.

Like not licking bowling balls. That is very, very important.

All parents of screaming babies on flights probably wish they could switch seats. If only!

A missed flight connection is now a luxurious spa day with copious amounts of alone time. Who would've thought?

So yes, parenthood is beautiful and complex and hard and amazing.

There are so many ways to approach parenthood, and there's plenty of parenting books, blogs, and websites to show for it. And while everyone has their own style of parenting, there are some parenting trends that just need to fade away...

There are definitely some parenthood and parenting trends that are just annoying as can be.

hate gender stereotyping...hope my future son knows its okay for him to like the color pink or tutus or my daughter to like trucks n mud
— abril (@abril)1422737844.0

The "lawnmower parenting" trend seems like one that's ultimately more harmful than helpful.

According to this viral post from We Are Teachers, a lawnmower parent is a parent who goes "to whatever lengths necessary to prevent their child from having to face adversity, struggle, or failure." Obviously, it's natural to want the best for your kids. But if you take away every single little obstacle in their life so they're living in what is basically a bubble, they'll never be equipped to handle failure.

Throwing cheese in a baby's face is something that never should have happened.

The highlight of my day was watching this video of someone throwing a slice of cheese on their baby.... what’s wron… https://t.co/DsPMwaBFJG
— maddie (@maddie)1551408580.0

In what is perhaps the worst parenting trend of 2019, parents started throwing slices of cheese into their baby's face for a "funny" reaction. Where does a person start with how messed up this is? Just...why?

It's absolutely normal to disagree on parenting styles, but when it turns mean-spirited and judgy? No thanks. Unfortunately, with social media being what it is now, it's a lot easier to leave a nasty, mean, anonymous comment on someone's post regarding their parenting styles.

Listen, there's nothing wrong with being a little extra when it comes to your baby. But spending hundreds of dollars on a staged photoshoot that your child won't remember just seems like a waste of money. But hey, to each their own.

Dishing out tons of money for losing a tooth.

Remember the old days when losing a tooth got you a few quarters or a dollar if you were really lucky? Parents in this day and age are handing out $20 bills for their kids losing their teeth! Does that not seem insane?

Matching ensembles with your kid is totally a cute thing to do every once in a while. But it does seem a bit impractical and also...expensive. Sure, it's easy for Kim Kardashian to match outfits with North since all of their stuff is custom made. But this trend definitely seems like one that's just for getting likes on Instagram.

Yes, this is a real parenting trend. Parents are throwing full-out "birthday" parties for a kid's half-birthday. An annual birthday party is enough stress on a parent! Why put yourself through this every six months?

Every kid gets an iPad.

Apparently, now more than ever kids have their own technological gadgets. But does every child need their own iPad?

While subscriptions are totally convenient, they can easily become just one more thing you forgot to cancel. Parents are now subscribing to toy services, baby food, diapers...the list goes on and on. Hey, if this works for you, go for it. But if you're someone who doesn't see the appeal, it's totally cool to skip this recent trend. Don't feel any pressure to subscribe!

At the end of the day, there's really no 'right' or 'wrong' way to be a parent.

Everyone's journey is different. Parenting is hard! No one is going to be perfect. But...let's all agree to never throw cheese in a child's face again, okay?