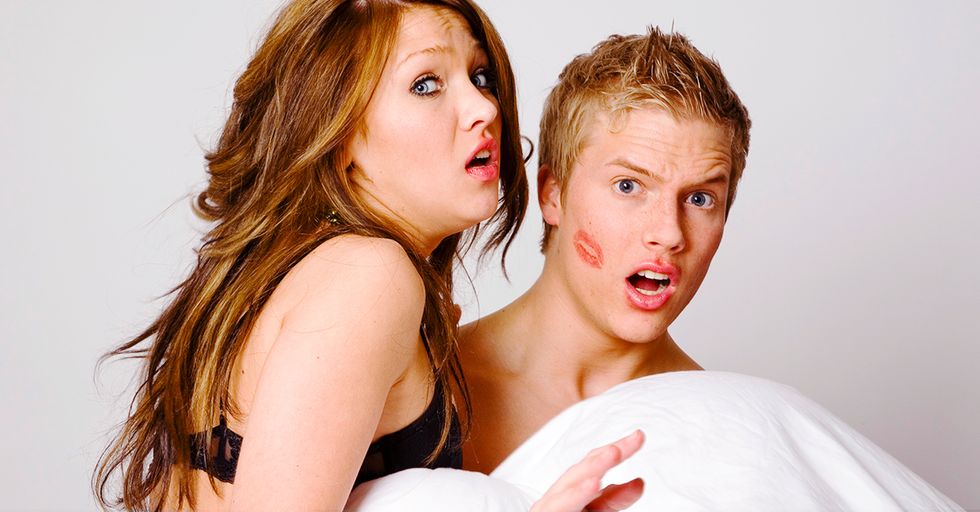 The 20 Most Disrespectful Things Guests Have Done in People's Homes

In many cultures, guests are sacred.

When you invite someone into your home, you give them the best your house has to offer in the hopes that they will feel welcome and comfortable. But what happens when a guest disrespects you in return?

Here are 20 people on the most disrespectful thing a guest has done in their home.

Probably the worst thing a guest can do is steal money from your home. Redditor A-MinorBish has experienced this before. As he explains,

Smoking in a nonsmoking household is literally one of the most disrespectful things you can ever do, and when someone does it, they're probably going out of their way to piss you off. Case in point, Redditor Sodomeister's awful experience:

This right here is some pure disrespect. As Redditor Walw2097 states:

We have no words for this story. None. PhantomDrvr writes:

5. Literally never EVER invite these people over

We said not to eat in the guest bedroom, and when we went in there after they had left we found ice cream all over the sheets. Also, the same people left flecks of feces in the bathroom sink and feces soiled toilet paper on the bathroom floor on two separate occasions.

6. When guests invite themselves over

Here's a general rule of thumb – if a person is rude enough to invite themselves over, they're also rude enough to squeeze of every last bit of everything you have. Exhibit A, IssaLama's guests:

Sure it's nice when people want to help with your garden when they come over. The problem starts when they decide to make your garden into what they want rather than what you want, as BISON_FINGER_CHEESE explains:

8. People who throw away things

Aren't they the worst? They come into your house and start rearranging it like they live there. Redditor junior0104 has a particularly horrifying tale:

Anyone who has an apartment has had this situation happen a time or two. You invite a friend to stay over, and then they just won't leave. As if that's not bad enough, Redditor swedishyahoser has a story about a friend that becomes a bad roommate.

This is one of the worst things that can happen to a host – you plan for two or three guests and then 20 show up. Enduredsilence explains

One of the worst things a guest can do is criticize your home. Redditor rewm has a story explaining why:

We had a friend over who spent the entire evening telling us how ugly our home was. Like, we drove up and he said "what a shithole" and then made rude comments about our furniture and decor once he was inside. Our house is really nice in a nice part of town, decorated tastefully and simply. I was livid by the end of the night.

And yes, he did kick him out.

This has to be one of those horror situations. ObligatoryNameee says that one of their guests –

Here's an even worse story courtesy of Sourkraut182:

Here's the thing – if you're going to bring a dog to a friend's house, you need to make sure you keep your eyes on it at all times. Case in point, DianaPrinceLives writes:

Is there anything as sacred as leftovers? This is a serious question – everyone knows you don't touch someone else's food. Mjcornett explains:

This right here is the reason you don't invite people over from the pub. Redditor Isthisfunnyenough says,

This girl stayed over at my house after the pub. I went to bed with my fella, woke up, girl was gone. Walked into the bathroom later that day, place stank of shit. Eventually pulled back the shower curtain, there was a jug I use for washing my kid’s hair. She’d shit sort of half in the jug, half in the bath? I mean it was an odd enough thing in the first place, but there’s a toilet in that bathroom, which you have to walk past to get to the bath! I got a message on Facebook that evening saying ‘I’m pooped, thanks for letting me stay’. I confronted her and she claimed she had no idea about it. Obviously she’s never been invited over since.

There's multiple layers of uncomfortable to the story Atadbitsassy relates:

Redditor WyldBlu has a story about what happens when you let a burgeoning psychopath into your houser.

You know how you have those people you trust to take care of your house when you're gone? Johnmcdracula's onetime house-sitter isn't one of them. They say:

Have you ever had a guest that just straight up resents you? Kbit2 explains: