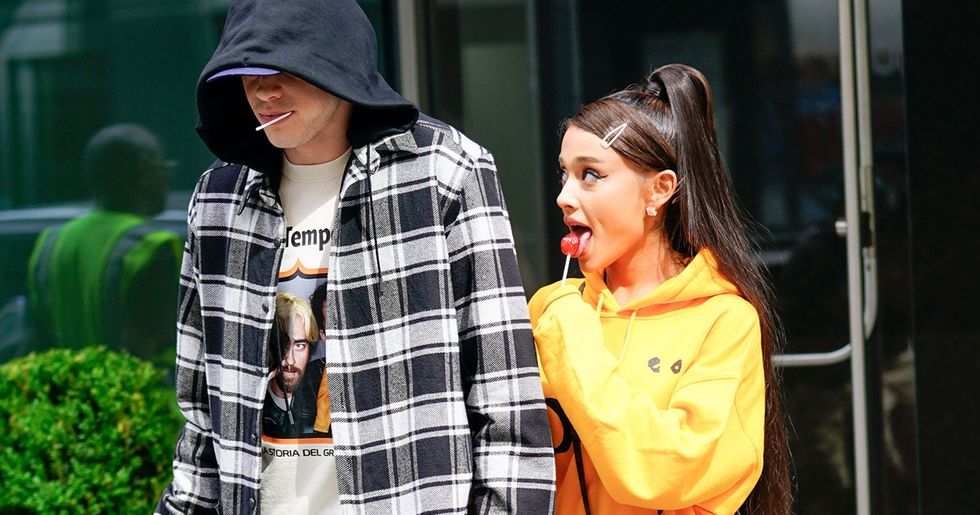 Here Are All The Celebs Who Broke Up in 2018

Let's admit it– we've all stalked our favorite celebrities online. Everyone wants to know their whereabouts! And it can sometimes feel as if we know everything about their lives, despite the fact that we really don't know anything at all. It's easy to blame it on the times– to say that we live in a world that's obsessed with celeb culture. And while yes, that's true, it's been like that for some time. People have always been obsessed with public figures. It's just that now, with social media, we have immediate satisfaction when it comes to wanting to know everything.

There are a lot of wonderful things about being a celebrity– obviously –but one not-so-great thing is when a relationship ends. Celeb breakups are constant subjects for tabloid magazines and the internet. And in 2018, there were a lot of celeb breakups. It was DEVASTATING. Why can't gorgeous, rich people stay together forever?!

Here are the biggest celeb breakups of 2018.

The rappers have one daughter together named, Kulture. Who wants these two to get back together?

These two were too precious. Too precious to last, apparently.

After getting engaged on season 19 of The Bachelorette, the pair split this year. RIP another reality television-based relationship.

It seems the on-again-off-again couple isn't meant to have a happy ending.

Are there any die-hard fans of this couple? Well, if so, hate to break it to you but they just couldn't work it out together.

The SNL producer and actor/director split ways in 2018 after over a year of dating.

Apparently, this love affair didn't end well after pictures of Bendjima with another woman surfaced online.

The couple was engaged and set to get married, but they called it quits after a turbulent romance.

Hey, they're both young and gorgeous. They'll be fine.

The pair share a son together named Bear. They first announced their relationship back in 2015.

We can be sure to expect some emotional ballads from Smith post breakup.

After being married for almost six years, the couple broke up in 2018.

Before Ariana and Pete, there was Cazzie and Pete. The two split right before Davidson linked up with Grande.

Only six months after they got married, Haynes and Leatham called it quits. They briefly reunited, only to separate again.

The country singer and R&B musician started dating in 2015, but have since broken up.

The Preacher costars dated for eight years before going their separate ways.

In one of the more shocking celeb breakups, Tatum and Dewan separated after nearly nine years of marriage.

The pair had only been married for two years before they called it quits.

The couple unfollowed each other on Instagram in March 2018, so you know their breakup was official.

After 20 years together (aka forever in Hollywood), the pair filed for divorce in 2018. They have one son together.

The couple announced their separation in February 2018. Their daughter, Ivy Rose, was born in 2015.

This one hurts. The actors were together for seven years and married for two and a half.

After 14 years of marriage, Gayheart filed for divorce from her husband. They have two daughters together.

The comedian and actor split because of long distance. They were first reported dating back in 2014.

After 13 years of marriage, the Modern Family star filed for divorce from her husband. They have three sons together.

No matter who you are, love is hard.

It doesn't matter if you're two of the most famous people in the world...

Breakups suck. Share this with a friend who loves to keep up on celeb love lives!