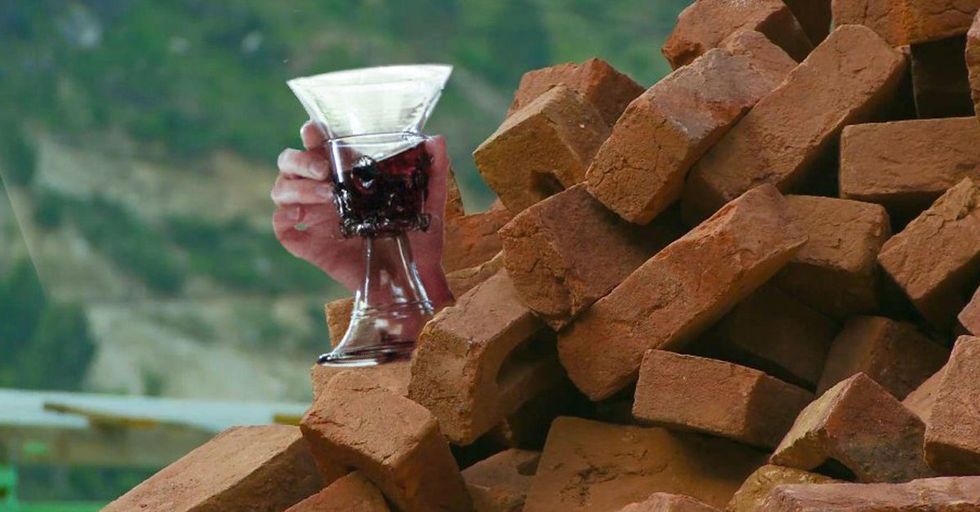 Well, guys... it's over. Eight years, eight seasons, so many hours, and our favorite show is finally over. Here's the thing, though: for all that Game of Thrones fans loved the show, they also have less affectionate feelings for the way the show ended. Some people are happy, some people aren't, but we can all agree that something special and unique has unfolded over the years.

That's why, even though we can't spend our time watching new episodes anymore, we can still look over some hilarious commentary about it! And believe us, Reddit has some truly golden memes about the twists and turns of season 8. Also, to be clear, this article is dark and full of spoilers. So unless you've seen the entire show, start to finish, you're gonna see some stuff you didn't know about!

Without further ado, here's a list of the hands-down most side-splitting hilarious Game of Thrones memes (so far!)

"Game of Thrones" is over, and we all feel...weird.

I mean, I spent 8 years following this show! My Sundays are gonna feel so empty now...

So let's kick back and see some quality memes.

When Winter is over and you end up with no responsibilities whatsoever #GameofThrones https://t.co/OadHBEosBD
— AmyLou (@AmyLou)1558330635.0

And these memes span all of season 8, so get ready! (Also, when you look at it this way, Jon actually made off pretty good!)

Thrones is gone...in more ways than one.

Oh, Drogon. At least you didn't melt Jon along with the throne.

This is pretty much the tea.

Game of Thrones really was so good. But that writing, guys. That darn writing.

Honestly the funniest death in the whole series.

OBEY YOUR QUEEN! : freefolk from freefolk

I know it's a character death and it's supposed to be shocking, but Qyburn just got yeeted into that rock. Iconic.

Even the CGI was bitter.

It's okay, Ghost. You'll get your pats from Jon eventually. Just hang in there.

This is a shocking revelation.

Was Robert Baratheon...actually the best ruler in the whole show?! No wars, no genocide, just jousting tournaments and wine. Woah.

Dany's logic was a little off towards the end.

*Gasp* Sansa, why?! Really though, RIP Varys. You tried.

Raising a glass to freedom. At least Cersei is a gracious loser.

Yeah, those parents might wanna pretend that Game of Thrones just ended suddenly after season 6.

I'm not ashamed to admit I definitely started bopping a little bit to this. Dany has good rhythm!

And then we have Gendry Waters, turned Baratheon.

He's carrying on the family legacy, whether he knows it or not. Atta boy, Gendry!

So that's was Varys was always writing. His super secret burn book!

Again, what is it with King Robert being right?!

All the fighting and death, which Robert Baratheon really knew what was up the whole time. Wow.

I mean, going back to King's Landing just to be with your evil sister and die in her arms? Have you learned nothing, Jaime?! The man did not deserve Brienne at all.

Remember how Tyrion used to be, like, really smart? And then towards the end, he just...wasn't. But season 4 Tyrion was a beast.

Solidarity is so important.

Especially if you're all three of those groups. In that case, I am truly sorry for your losses.

When you think about it, Cersei was kinda winning.

Until she wasn't, that is. But still--Cersei, you devious queen. Well played.

Here's another good summary of the outrage.

RIP, all you completely unfulfilled plot threads and character arcs. We hardly knew you.

And we have King Bran now.

I don't know if Tyrion had the best judgment on that one. Is it possible that the story really ended last season, and this has all been just one long meme?

And in that moment, Cersei was Jim.

Yep, she just scooted right by them. I actually started laughing when I saw her just dip out like that!

But let's talk about Arya.

Because season 8 may have been disappointing, but THAT NIGHT KING KILL. Yes, Arya!

At least Jaime was relatable before he died.

I feel you there, Jaime. I feel you.

Not OC, saw a comment chain around here. : freefolk from freefolk

It's true, he is a good man! See, that's how you handle character development properly.

Uh, Dany, I think your tyrant is showing! King's Landing had a really bad day.

A room full of dead people? I'm sure nothing will happen. : freefolk from freefolk

I'm really trying to think of a way to defend that flawed logic on the characters' parts, but I've got nothing. Since when are crypts ever safe?!

Here's a better solution to the whole Iron Throne conflict.

Laugh all you want, but this way there's no genocide, assassination, or dragon burnings. Just a good ol' game of musical chairs.

Ah, Gendry. Always moving up in the world, from rowing a boat for multiple seasons to being seduced by Arya Stark herself.

The fans were bamboozled.

Oh, Jaime. He was truly the dumbest Lannister. And here we really thought he had the guts to kill his sister!

No matter what fans get angry about, though, it's not on the actors.

Because real talk: whatever you thought of the writing, you have to admit that every single actor on that show was fantastic. They really gave their all, and it showed.

Did everyone forget Jon was a Targaryen?

Because that really didn't seem to matter as much as we thought it would.

Fans really got behind this pairing.

And in a way, it's kind of the ending we got, isn't it? I mean, Jon, Tormund, and Ghost rode off into the sunset at the end, so...

Then there's this missed opportunity:

Did this really not occur to Sansa "she's the smartest person I've ever met" Stark?! Because it should have.

Jaime: is he the dumbest Lannister, the omniscient Lannister, or both? Probably both, TBH.

In case you're wondering why Drogon burned the throne (and not Jon):

That's it! Drogon is really an intellectual, guys. He knows how to send a message.

Sam and his dumb ideas.

Psh, who needs democracy when you've got a monarchy? That's the governing system of the future.

What Dany thought she did with King's Landing:

Well, they definitely did something. Saved King's Landing? Maybe not so much.

Guys. I think we're living in the darkest timeline.

Because any timeline where this is a possibility IS the darkest one. I refuse to believe that Tyrion is Farquaad's grandpa or something!

At the battle of Winterfell:

I don't really think anyone was having that good of a time (except the Night King, obvs.)

If season 9 DID happen:

We thought we'd heard the last of her, but the Mother of Elephants (and drinking wine in front of windows) always comes back.

Who's excited about the DVD release?

Emilia's smile just says it all, doesn't it?

Does Jon know what secrets are?

Jon, your Uncle Ned kept a truth BOMB hidden for years and years, and that's why you're alive, so think about that!

Finally, something wholesome to wrap this up.

Whatever else Game of Thrones was, it created some truly memorable and amazing television--and we won't forget it! We're definitely still gonna dig through the memes, though. So share this story with your fellow GoT fans and give them a laugh to get them through the sorrow.