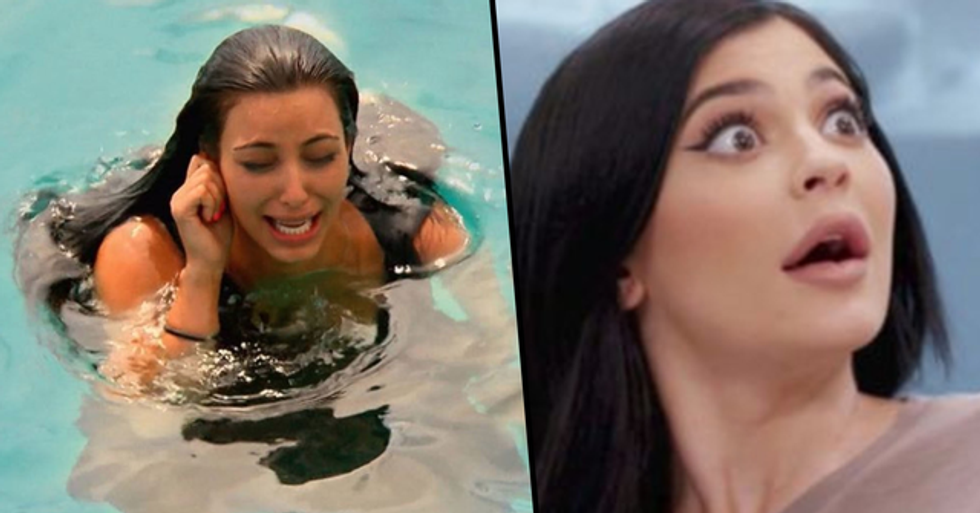 In the wake of the shock announcement regarding the end of Keeping up With the Kardashians, people have been taking to Twitter to share their favorite moments from the iconic reality series...

Because love them or hate them, it's the end of an era.

After fourteen years of drama, scandals, and downright chaos, Keeping up With the Kardashians is officially coming to an end.

And the premise was simple - around the clock, cameras would document the glamorous, yet somewhat unconventional lives of the Kardashian-Jenner family.

Almost instantly, the show was a roaring success...

And, over the years, it has catapulted the infamous Kardashian-Jenner clan to unprecedented levels of fame.

All over the world, millions of people have tuned in to watch the eccentric family and their antics...

Thus gaining the Kardashian-Jenners a strong and faithful fan base.

So, of course, yesterday's news hit them hard.

Out of nowhere, it was announced that the up and coming 2021 season would mark the end of the beloved show.

Sharing a retro KUWTK poster, the beauty mogul wrote: "To our amazing fans - It is with heavy hearts that we’ve made the difficult decision as a family to say goodbye to Keeping Up with the Kardashians."

"After what will be 14 years, 20 seasons, hundreds of episodes and numerous spin-off shows, we are beyond grateful to all of you who’ve watched us for all of these years – through the good times, the bad times, the happiness, the tears, and the many relationships and children."

Kim then revealed that the final season will air early next year...

And signed off with: "Without Keeping Up with The Kardashians, I wouldn’t be where I am today. I am so incredibly grateful to everyone who has watched and supported me and my family these past 14 incredible years. This show made us who we are and I will be forever in debt to everyone who played a role in shaping our careers and changing our lives forever."

Quite predictably, Twitter has been a complete minefield since the announcement.

People have been taking to the social media platform to express their shock and sorrow over the end of the beloved series.

And, of course, they have been coming together to share their favorite moments, too.

Twitter is currently adorned with nostalgic KUWTK throwbacks as people reminisce about the most memorable moments over the last fourteen years.

So obviously, I had to put together a thread of the best ones.

Because what's better than sitting through KUWTK's best moments? Keep scrolling to see them for yourself...

After overhearing Khloe and Kourtney gossiping about her, Kim crept back into the room to launch an attack on her sisters, while saying between each blow: "Don't be so f****** rude." Iconic.

When momager Kris Jenner spectacularly and savagely shut Kim down.

As the sisters attempt to gang up on their mom at the dinner table, Kris slaps back with a scathing dig regarding Kim's disastrous first marriage: "I've seen you guys through so much s*** that you do that I have to f***** put up with. 'I'm married for seventy-two days'... Really? That was normal."

Who remembers the moment Kourtney attempted to justify why she didn't need to work?

When trying to lay her priorities out on the table, Kourtney had said, rather distastefully: "I think it's like, everyone understanding that we all have different priorities and, like, working is just not my top priority, it's never going to be." That isn't how the world works, Kourts.

When Khloe and Kim asked a deaf woman for directions.

The duo decided to pull over their car to ask a woman, who they believed to be "on bath salts" to ask where the nearest coffee shop was... It turned out she was simply deaf. Awkward.

Kim didn't allow a little family jail time to get in the way of an important selfie.

In perhaps one of the most iconic scenes to ever grace our screens, while on their way to bail Khloe out of jail, Kris can be seen telling Kim: "Kim, would you stop taking pictures of yourself? Your sister's going to jail."

In a slightly bizarre interaction, Kris complimented her daughter's outfit by saying "those are cute jeans", only for Kendal to sullenly respond, "you're cute jeans." Kris is understandably very confused by the whole thing, and a hilariously awkward "are those my jeans?" debate unfolds.

In a groundbreaking scene for all of us, we watched as Kim's assistant held her iPhone for her as she recorded a selfie video. Like the rest of us, Kris was utterly blown away... And saw it as a business opportunity, of course.

Thanks for the memes, Kim.

The words "She has this ugly crying face that she makes" will live with us forever.

The time Khloe screamed down the phone after the Tristan and Jordyn scandal.

When listening to a friend relay Tristan's excuses regarding his affair, Khloe loses it and screams "LIAR!" before slamming her hands on the table and emitting a full-fledged banshee shriek. It was terrifyingly brilliant.

As Khloe and Kendal watch on nervously, the sisters come to physical blows and launch a violent attack on one another... So violent, infact, that Kim's foundation was literally slapped onto the wall.

The time Kim pretended to be sick in order to avoid hanging out with Kendal and Kylie.

The young Jenners were on their way to give their sister a bunch of flowers as a "get well soon" gift... But as they approach, they see Kim getting out of her car with a load of shopping bags. Busted. After Kim admits to not wanting to hang out, Kendal smashes the flowers and the vase onto the ground and storms off in true Kardashian-Jenner fashion.

When Kim said, "It's what she deserves."

Again, another momentous Kim K moment that has produced thousands of wonderful memes.

People are saying that it was about time and that the show has been on for far too long but how can that be when on… https://t.co/RmGMNDauIx
— Anihtek (@Anihtek)1599605655.0

Their fights will never get old, will they? During a heated argument, Kim calls out Kourtney's "lack of a business", shouting: "Maybe if you had a f****** business that you were passionate about then you would know what it takes to run a f****** business but you don't... So don't even act like you know what I'm talking about."

Ever the savage, Kourtney quipped: "That's so embarrassing for your life... And your soul."

The time Kylie mistook a piglet for a chicken.

When momager Kris brought home a pet piglet, Kylie was beside herself with excitement and shrieked down the staircase: "Is that a chicken?!" I'm struggling to see how you got that one wrong, Kylie...

When the Kardashian's dressed up as each other.

Okay, each and every one of them deserved an Oscar for those performances.

As her daughter posed seductively while wearing nothing but pearl necklaces and stilettos, the ever-enthusiastic momager, Kris could be seen taking photos of her while saying encouragingly: "Kim, you're doing amazing sweetie." Yuck.

While on a family vacation in the Dominican Republic, Kris suffered a food allergy which resulted in a swollen face... And a hilarious swollen upper lip. Kardashian botox, anyone?

Kourtney's ex, Scott Disick, was left baffled when she casually said to him: "ABCDEFG... I have to go." According to Kourtney, this is a very common phrase to use... Erm, okay?

The time Kim shut down Kourtney.

KUWTK is ending and i just want to thank Kim and Kourtney for giving us this iconic moment. "then why does your ca… https://t.co/HPX8gbRFHW
— ︎Prince (@︎Prince)1599603069.0

Yep, again. While Kourtney attempted to justify her compassion towards the environment, Kim casually pointed out the leather seats in her car and the plastic sunglasses on her face, ultimately leaving Kourtney in an awkward silence. Burn.

I bet she'll be embarrassed watching this clip back...

Kim reveals a somewhat unexpected fear of heights and, as she attempts to climb back down, she says through tears: "I made it in life, I don't need to do this!"

When Kourtney voices her concerns over the harmful effects of cellphones and wifi, Khloe shouts: "You're going to die anyway! You understand that, right? So die with a good Snapchat." Not your finest hour, Khloe...

The time Kim got pussywillow in her eye.

No further explanation is required.

Look how young and fresh-faced they were...

Who can forget this iconic introduction?

Since Keeping Up With The Kardashians is ending, let’s bring this iconic intro back https://t.co/dWKSwy5CNy
— Millster (@Millster)1599601649.0

Keeping up With the Kardashians, thank you for the good times - you will be sorely missed.

The time Kim lost her diamond earring in the ocean.

Okay, KUWTK fan or not... Everyone has witnessed this moment. While on a family vacation in Bora Bora, Kim was swimming in the ocean when she suddenly dissolved into hysterics after realizing one of her $75,000 diamond earrings has fallen out. It's a classic Kardashian meltdown and, to make the situation even more hilarious, as the family attempted to locate the missing jewel, Kourtney called from her bungalow: "Kim, there's people that are dying."