The Dumbest Things People Have Ever Said About Vaccines | 22 Words 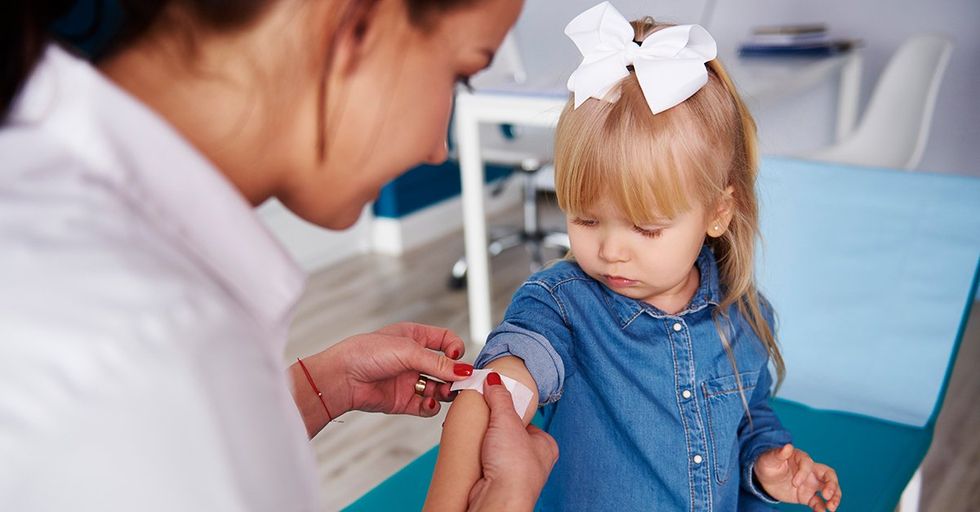 The Dumbest Things People Have Ever Said About Vaccines

For the most part, I think everyone should be able to choose for themselves how they're going to live their life. We may not agree on everything, but hey — you do you. You want to dye your hair green and pink? Go for it. Do you eat organic produce? Expensive, but OK! You think the Earth is flat? It's not, but your opinion probably isn't hurting anyone, so sure! Enjoy!

However, I draw the line with people who endanger others' lives — specifically, the anti-vaxx crowd (i.e., people who refuse to vaccinate their children, pets, or even themselves for non-medical reasons). If you don't vaccinate your kids, you are essentially ushering in deadly diseases that modern medicine has only been able to eliminate specifically because of vaccines.

Don't believe me? That's OK. You can believe the thousands upon thousands of doctors and scientists who have stated, unequivocally, that vaccines are safe.

People who endanger their child's life — as well as the lives of other children and immunocompromised people — get no leeway with me. Their posts on social media are often excessive and infuriating.

Have a holly jolly Christmas! But not too jolly. Here's an incorrect message about death.

I guess there's something kind of refreshing about someone who doesn't claim to care about their kids when refusing to vaccinate their kids. I guess.

This did not happen.

I would make a “then everyone clapped” joke, but.... from ShitMomGroupsSay

I LOL'd at "vaccined my kid." But I cried at the rest of it.

Try it, you’ll die. from ShitMomGroupsSay

Someone told me that water was healthy so I dunked my head in the bathtub but then I couldn't breathe? Anyway, I'm giving up water now.

Do you really think that is why nobody believes your bs? from ShitMomGroupsSay

I don't know about you, but the people I'm always getting fake friend requests and chainmail messages from are not the pro-vaccine crowd. Just saying.

Wonder why that is.

Literally millions of people died. That's what happened. Is that what you want to happen again? (Also, I am absolutely going to be adding "uneducated potato" to my vernacular.)

No help or interference, eh?

Are your eyes not part of your body, then? I'd love to hear an explanation for this one.

What's that? Decades of scientific research has proven that I am wrong? That can't be! I need NEW science.

So weird how that works. You don't think they could be connected, do you? Nah.

I'm willing to bet that at least 50 percent of those "posts" featured a Minion in them for absolutely no reason. I've been around Facebook for a while. I know how these people work.

It's pretty straightforward: Parents who love their kids do what is best for them. That means vaccinating them according to their doctor's orders. Full stop.

Well, that's a new one. I'm not trying to blow up anyone's spot here, but vaccines don't cause pregnancy.

"Help! My son is thinking for himself!"

Is there some kind of essential oil blend you can use to make your kids blindly believe everything you want them to? Asking for this lady.

Why would you even lie about this?

Some people just want to watch the world burn, I guess. But why?!

Here's another thing that didn't happen.

"I bet she's 2 1/2 years old" is a sentence that has never been uttered by a person. What a weird thing to lie about — again!

Celery. Apples. Nectarines. Celery again. Eggplant. Rutabaga. I can play this game, too. (Also, first of all, vaccines do not cause autism. Secondly, even if they did, the argument that your kid contracting a deadly disease is better than being diagnosed with autism is no valid.)

There's plenty of pseudoscience out there for everyone. No need to go making up your own!

Did anyone else look down and realize their fists were clenched? Just me?

The complete opposite! What could possibly go wrong? Never mind; don't answer that. Plenty of things have already gone wrong.

If measles was no big deal, we wouldn't have a vaccine against it. That's how that works.

Hon, you did not school the doctor's office. You know who schooled them? Medical school.

I can't show you proof vaccines are dangerous because the government controls the internet... : vaxxhappened from vaxxhappened

"The government" is blocking all your evidence? How convenient.

This doesn't even really have anything to do with vaccines. I don't know what to think.

Once again — WHAT A BIZARRE THING TO LIE ABOUT! I'm not saying your kid isn't smart, but posting a picture of an unused puzzle is not helping your case.

LinkedIn may be one of the worst things that ever happened to the Internet, but it definitely came in handy in this one particular instance. I suppose it can stay.

Can you get vaccinated against a picture you saw on the Internet? I would like that vaccine, please.

Again with the lies.

Hey, interior design is basically the exact same thing as being a doctor. Think about it. They basically design the interior of the human body. Just kidding. They are nothing alike and this person is the worst.

"That's listed as a side effect."

Where is it listed as a side effect? You can't just say things. Words have meaning! What do you think? Share this article on Facebook!