The Most Insane and Hilarious Typos to Ever Exist | 22 Words 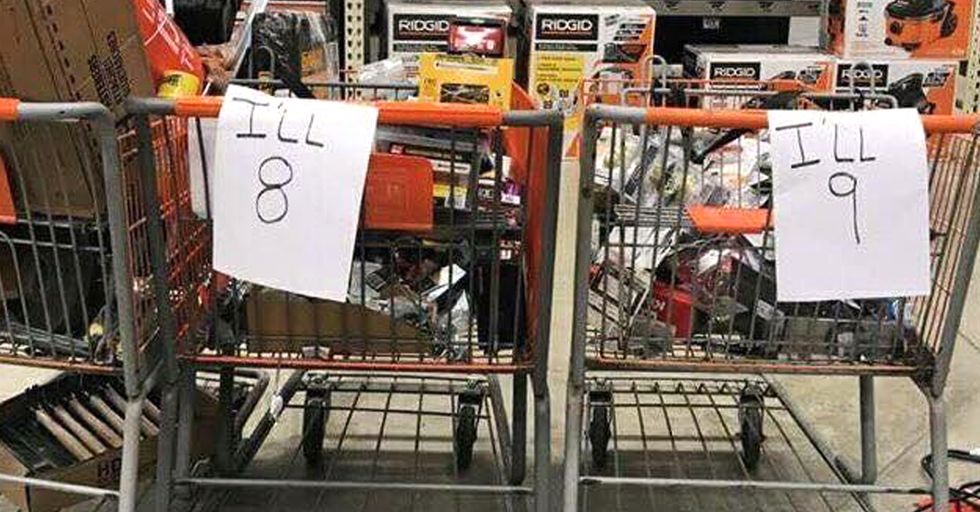 The Most Insane and Hilarious Typos to Ever Exist

I came in sixth place in my fourth-grade spelling bee. I got out on the word "ancient." I mixed up the "i" and the "e." You better bet that was the last time in the history of my life that I misspelled the word "ancient." I love spelling. I love words. It means something to me, the way words come together. The order of the letters. It really is magical! But I understand that not everyone gets the same joy that I do out of considering the composition of words. It is totally fine. That is your prerogative.

But some people don't care about spelling at all. Either that or they are just really, really bad at it. And that is fine! If you are a bad speller, that does not make you any less of a person. But that also does not mean that I will not laugh heartily at your ridiculous mistakes. So many spelling mistakes are so ridiculous, and I have compiled among the most insane among them in this gallery right here. These errors are so beyond bad it might take you a minute to realize what the person is trying to say. These really are too much.

Some spelling mistakes are understandable.

The thing about "barmistaba" versus when they were trying to spell, which was "bar mitzvah," is that those two aren't even the same number of syllables!

Hey, at least they remembered the apostrophe so it reads the same way you would pronounce "aisle." That's one teeny tiny win.

It's bad enough to be egotistical, but to have a whole testicle dedicated to your ego? Now that's next-level.

There's only one letter missing and still, for some reason, this is the most hilarious thing I've seen all day. SPINCH.

Wow, I mean, it's right here. It doesn't look as all-powerful as I thought the source of all things sweet and sour would look.

Yes, if I had to pick one goal in like, I suppose it would be to be recognized as a Nap King. This napkin holder has me beat, though.

That's an ottoman. Unless of course, you murdered your grandma and hid her abdomen inside of the ottoman.

What do you call a magnifying glass that got all dolled up for a night out on the town? A magnifineeeee glass, obviously.

This goes in the misspelling hall of fame. Like, what?

Oh yes, all you have to do to make a delicious fresh juice is mix an apple with about a month's worth of your income, and a splash of lemon!

Ha, this dog can't spell! This dog is stupid! He has great handwriting, though.

Pretty sure that even if Paul Walker said this, he didn't pronounce it "pie-loss-fee," as it's spelled here. My philosophy is if you can't spell it, look it up!

Lasagna is one of those words that is kind of hard to spell, but everyone has a dictionary and a world of information in their pocket these days. Use it!

You know, that country that's been all over the news for decades now. Arak. Oh wait, it's Iraq.

My feeling is that if you spell "quality" wrong and you put it on your sign, you probably don't know what "quality" means.

You know, it's like when your auntie criticizes your every life choice and makes you really sad about things.

What a weird sign! Why are the L and P so much bigger than the rest of the words? Maybe because they wanted to hide how badly spelled "prevention" is.

Oh, so you can remember Pearl Harbor, but you can't remember any of the right letters in that phrase?

Bazz Lighter is like the Hollywood Blvd. version of Buzz Lightyear. You know what he's supposed to be, but he's also kind of off and really terrifying.

Wow, I don't know how you come back from something like this. Alphet! ALPHET!

Convenience is ease, but you can't just spell "convenience," as "convenious" because it's convenient for you. Use a dictionary!

This sounds so unappetizing I don't even know if I can eat real biscuits and scrambled eggs anymore!

I would feel like I hit the jackpot if I came out of the bathroom and there was a container of hand soup there.

This one might be hard to figure out, but "disishen" is, in fact, supposed to be the word "decision." I know.

It doesn't get much more hilarious than BRAW. Share this with a grammar nerd you want to annoy!