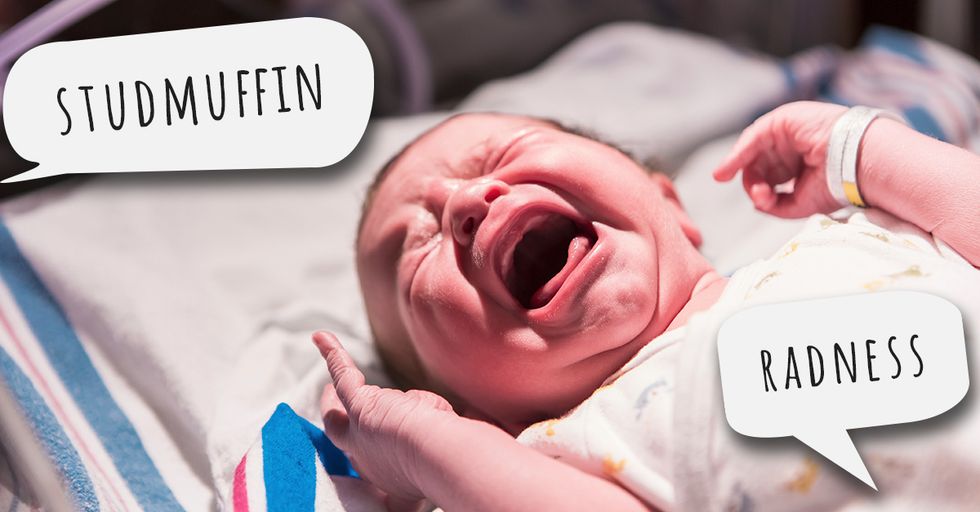 The Most Popular Slang the Year You Were Born

Here are the most popular ones from those two totally tubular decades.

In the 70's and 80's, everyone was either a nerd or a jock. "Dork", and its adjective form "dorky" were just alternative descriptions of the word "nerd," which describes a socially awkward person of high intelligence.

Californian rock band the Grateful Dead had been around since 1965, but the late '60s and '70s was when they really took off, and by 1971, their loyal fans were referring to themselves as deadheads.

The 1970s were boom times for the field of psychotherapy, and one of the big concepts to emerge was the idea of guilt tripping, or "induc[ing] guilty feelings in a target, in an effort to control their behavior."

Short for carbohydrate. Made popular by the Atkins diet, which hit the mainstream in 1972.

Motorcycles were super popular in the 1970s, hence the emergence of this term describing the people who loved them. Another meaning of the term, however, is less wholesome. It denotes a speed freak, i.e., someone who enjoys the use of amphetamines. It's also the name of an awesome band.

The 1970s were both a time of excess and health consciousness, and the term "detox" reflected that. People detoxed from drugs but also did detoxes – i.e, juice cleanses to rev up their systems.

The late 1970s saw the rise of big business as well as popular business terms such as hardball, which means "to act or work aggressively, competitively, or ruthlessly, as in business or politics." Interestingly enough, the word "hardball" was once used to distinguish a baseball from a softball, and to play hardball was to play a very aggressive game.

People loved their beer so much they came up with different names for it. Coincidentally, 1977 is the same year notorious gross-out comedy Animal House, a movie which employed copious amounts of brewskis –  was filmed.

To pig out means to consume large, vast and copious amounts of food until you're unable to move and just feel spent.

To look back on times that have passed and feel nostalgic. This may be a term from 1979, but it's apt for pretty much every generation.

The '80s were the era of big hair – the frizzier, the better, and by frizzy we mean "strands of wavy or curly hair that do not align with others to form a defined wave or curl."

Ah, the mythical chill pill. One of the most popular '80s terms that continued over to the '90s it means to relax or calm down.

Two words – Arnold Schwarzennegger. The '80s were the era of Austrian-American actor, whose body basically defined the word "buff."

Everyone now thinks that beat boxing is the thing you do with your mouth, but in the '80s it also referred to electronic drum machines.

Here's one term that's been lost to the sands of time. Radness refers to the state of being rad, or awesome. Totally rad!

What's hotter than a hunk? A studmuffin, that's what. The word refers to a man who's totally swoon-worthy and a dreamboat.

Nowadays, couch surfing may refer to sleeping on other people's couches, but in 1987, it meant sitting around watching TV all day.

Do we have to spell this one out? Back in the day, the f-word was so shocking, people called it the f-bomb instead.

To talk smack, or run your mouth. It's a type of insulting very commonly seen at sporting events and can be either comedic or serious. Either way, the intent is to take the subject of the insult down.