The Most Positive Twitter Posts of All Time | 22 Words 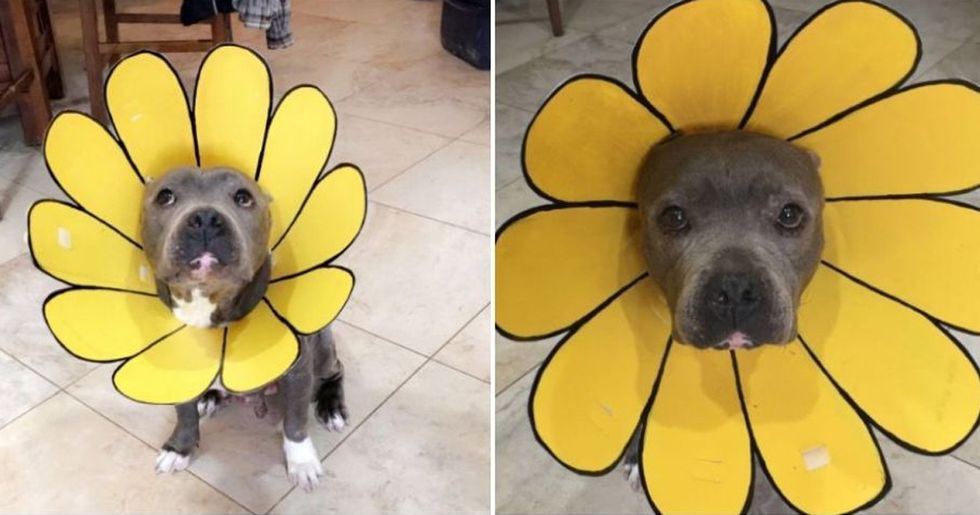 It can be easy to get caught up in the negativity and hopelessness on Twitter.

But we're here to show you that it's also a place filled with light and positivity.

These 19 tweets are among the most wholesome and positive of all time.

Butterfly on a pug

Honestly, I just want to print out this picture, put it in my closet, and get to be surprised by it every morning. I think that's a brilliant idea.

How adorable is that? He's definitely going to be the favorite uncle.

It's never too late to follow your dreams, and it's even more wonderful if you have a partner to share them with! Weeping!

I love that woman's reaction and also that this stranger was seemingly the only other person around during this romantic proposal. The next one is about a budding friendship that will last forever.

OK, but where is this and can anyone swim with goats? Because I have a new bucket list item, and it is this.

I love cows so much. Such gentle giants. Still giants though, and this guy's gonna be stuck under that cow for a while.

This is so cute! And weirdly, surprisingly accurate.

This is too much cuteness. If I knew this laundromat did this, I'd purposely leave behind socks.

Look at that pup's face! She wants to cheer up her owner so badly! The next one will make you believe in everlasting love.

I love when parents discover social media and then use it to share with the world how much they love their spouse. This is extremely my brand.

I loved stuffed animals when I was little, and I would have absolutely adored this giant teddy bear. Lucky baby.

Now she's just a sad dog in a giant flower, but at least we're smiling, right?! So cute.

Hey, whatever floats her boat! The next one is a classic tearjerker.

Watching people learn they're going to get a new dog is my favorite branch of the Internet.

Look at these unlikely animal friends! One is very big, and one is very small! One is a dog, and the other is a tiny snail!

This is why representation matters! Even on bags of diapers!

These men are total strangers. But not anymore!

Such a look of pride and accomplishment on that pup's face. As there should be!

Love this. Now all three of them match and they can start a boy band and win the school talent show.

This is such a good idea. I bet everyone had the best time ever. It's such a soothing, peaceful idea for a birthday party and I'm totally going to steal this idea.

Stop it! A tiny turtle wearing hot pink nail polish is too much for me. It's so frickin' cute.

You know, talking in a movie theater is usually frowned upon, but this instance is so innocent and adorable that I'm going to let it slide.

This is amazing. As parents, sometimes you have to act as peacekeepers. Even if it is between your cats.

Nothing to see here. Just a cute little frog riding in an old butter tub through a bubble bath. Just the cutest image ever.

Shots with the girls

I love this so much. You go, grandma!

First of all, can we talk about how tiny that little newborn puppy is? Second of all, the look of pride and joy in that pup's eyes is priceless.

These two seriously look like they just shared an inside joke. They are the best of friends. I can just tell.

This is the most precious thing I have ever seen. I hope he helped this bird off the bus and it flew away to be with its friends!

I love this affirmation paired with this picture so much. It's just a coincidence, but a funny one!

if your day is bad always remember this happy little dog who thought this parade was just for him https://t.co/vlpLHJ2dIY
— ashh☽ (@ashh☽)1469769513.0

The happy face on this little pup's face is too much to handle. Like, I have to go home and take a nap because I can't handle it.

What are you going to do when you see someone who has exactly the same hair as you, not take a picture with them?

These two are so cute together. I hope they do progress pics of the two of them growing up together for years to come.

I'm not saying that I'm anywhere close to having kids or that I will even do maternity pics if/when I do, but if I do, this is definitely happening.

Honestly, this guy probably doesn't even know what boomerangs are. he's just doing it because he loves his wife.

My granddad has a hat for each university his grandchildren attended and today I got to give him mine #AAMU https://t.co/6FTZJnywMB
— Jordan🐶 (@Jordan🐶)1467337278.0

That's a lot of hats for a lot of grandkids that are going to college! He is extremely proud!

Leave it to the Canadians to leave the most wholesome message when they vandalize bathroom stall doors.

This video is so mesmerizing that I've watched it on repeat for like, ten minutes now.  This is the definition of magic.

The pigeons were crowding this horse's bucket so he dumped out some feed for them omfg https://t.co/YQofr6Awlc
— Rachel Feltman (@Rachel Feltman)1472419344.0

You just never think a creature as big as a horse will voluntarily share with a bunch of pigeons. Maybe he just did it to get them out of the way.

Mookie Wilson was a little strange, but hey, if this worked for him, more power to him. Believe in dinosaurs, and they will believe in you.

every single day i send my mom a very strange text and every day she responds with something absurdly optimistic an… https://t.co/F8BEEHwOgB
— c☭sh s☭llout (@c☭sh s☭llout)1478495217.0

Moms are the best at texting. I am making that blanket claim right now. It's for reasons like this.

The one angry black penguin aside, this is an adorable video of penguins walking down a ramp, and you should watch it oh, at least 10 times.

What is this place where cats grow on trees and can I go to there? Can you pick them off and pet them?

This is so funny. Can you imagine? "Yass gas station! Yass Elementary School! Yass town hall!"

Well, it doesn't get much more wholesome than this little kid who wanted the news to report on his smile!

RT if you agree

I agree. Share this with someone who could use a boost!