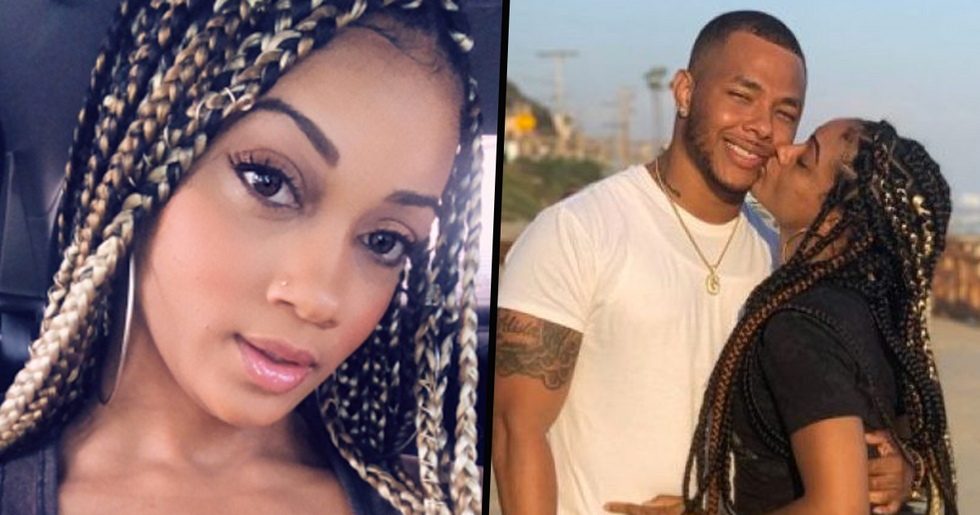 The news has now been confirmed by the Las Vegas Medical Examiners office. But many have some questions about Natalie Adepoju ...

According to E!, a source said that both Natalie and Gregory were found dead in their Las Vegas condo on Wednesday, May 13.

"Greg's cousin woke up and noticed that Greg's car was still at the house."

"He was worried because Greg was to be in LA. His cousin went to check on him and found them," the source revealed.

The source says that prior to his death Gregory was "really focused and handling a lot of business."

He was living in Las Vegas at his time of death.

And,  despite moving to Las Vegas to help his mother, the source revealed that Gregory "would commute to LA for acting jobs and to see his daughter."

"Natalie had so much life to live [and] we are saddened that her life was cut short."

"Natalie leaves behind her one and only baby boy, Egypt, her father, two brothers, and one sister, and a host of family and friends who love her dearly."

On his birthday he had shared this emotional post.

He confided with fans he hasn't ever thought he'd make it to 30.

And even more tragically ...

"The love for this young lady is unexplainable as I'm sure any body with a child can relate."

"I will say this, my generation grew up fatherless or absent fathers. Today I take a look around and see all of my real ones I grew up with being the most incredible roll models and fathers a child could have..So this day is for us Kings, KEEP UP THE OUTSTANDING WORK!!"

"She means the World to me, my job is to guide her to greatness, I'm here to protect and guard her against anything I feel as a father will harm her, she's my clear vision, my drive, the smile on my face!"

"Any father raising a baby girl knows the bond between a father&daughter. S/o to all the real ones doing it the right way."

"It dawned on me that I had been given an opportunity and regularly have I expressed this but it hurts that I've yet to do something else."

"Timing is everything people and I'm not one to ever give up and be content with just the regular work and just getting by. My time will come again because I believe in myself, my talent as well as my vision for my future. Moral of this message don't give up, take action, and it's never too late to follow your dreams. I'm 'Mr_Alwaysgrindn.'"

It was clear Boyce was looking forward to the future.

"We were supposed to meet on Tuesday with my dad to discuss some plans for our near future to launch us into a great future, but that never happened," his mom explained.

"I'm sick without you. I'm torn, I'm lost. I'm in pain. I'd text you or call you when I was broken or worried about something, and you'd tell me, Ma, I got you, we'll get thru this together."

But the real mystery in all of this is Natalie Adepoju herself.

Almost nothing is known about Boyce's partner, and she seems to barely exist online.

It is believed the couple started dating around a year ago.

They both leave behind children from previous relationships. Natalie leaves her 2-year-old son, Egypt, and Gregory leaves behind his 10-year-old daughter, Alaya.

Natalie was dearly loved by her 3 siblings.

We simply can't imagine what both families are going through right now.

Although TMZ claimed there had been white powder found at the scene.

But the cause of death is still unconfirmed.

For more on the stars we've sadly lost this year, scroll on.