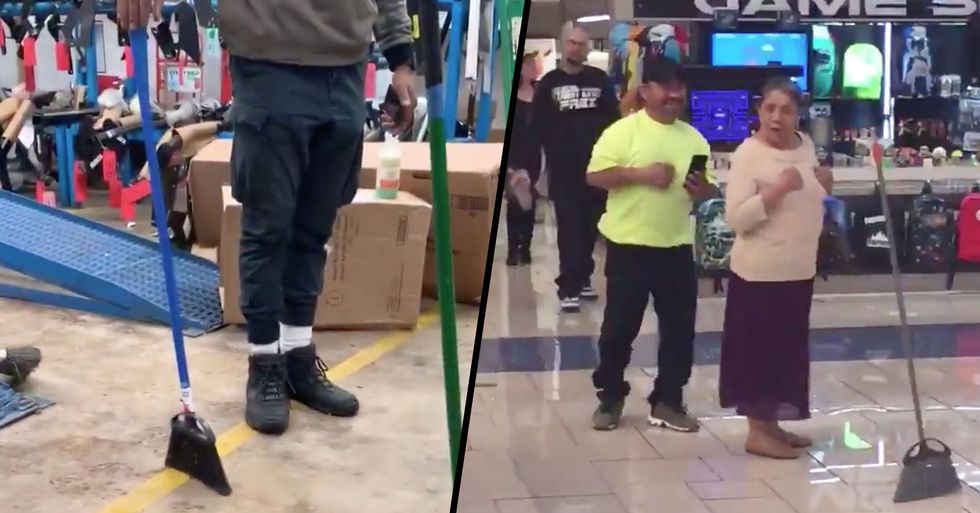 The NASA Broom Challenge Could be the Best Internet Challenge Ever

It's safe to say that the people at NASA are most certainly the people who know what they're talking about when it comes to all things outer space.

And now, a NASA internet challenge has gone completely viral and the whole world has been left shook.

NASA is the go-to space organization...

Founded in 1958, the National Aeronautics and Space Administration is responsible for the civilian space program, as well as aeronautics and aerospace research.

The people at NASA created the International Space Station...

Any time an astronaut gets out of a vehicle while in space, it is called a spacewalk. A spacewalk is also called an EVA, which stands for extravehicular activity.

But NASA isn't just about sending astronauts into space...

They conduct all kinds of different research on everything to do with our planet and outer space.

They have heavily studied the Earth's rotation for years now...

And yesterday, a NASA challenge went viral online and it was completely blowing people's minds.

It's called the NASA Broom Challenge...

And apparently, the aeronautical experts claimed that on Monday, the Earth's rotation would be in "perfect balance" - known as a spring equinox.

And what does this mean...?

It apparently means that a broom would be able to stand balanced by itself in the middle of a room.

Of course, the internet decided to try it...

And the results are mind-boggling.

People have been left baffled by the balanced brooms...

And we must say, it is pretty remarkable to see the lone brooms standing alone!

Now we totally agree with this one...

Now if the damn thing would just start sweeping by itself. That would be really impressive. #broomchallenge https://t.co/fSDRKjuD6G
— Tim Akimoff (@Tim Akimoff)1581390560.0

But a lot of people have been questioning the bizarre challenge, claiming the videos are "set up and fake."

That NASA didn't authorize this information, at all.

The spring equinox isn't due until the 19th of March...

So we are quite unclear as to why the story went viral on the 10th of February.

An astrophysics expert confirmed that this challenge is, indeed, a hoax.

The director of the UNESP Astrophysics Institute, Rodolfo Langhi, has shed some light on the challenge...

In an interview with Portal R7, published by Time 24 News, he said that there is no physical relationship with the fact that the brooms are standing. "It depends on the base of the object, the heavier and wider it is, the greater the chances of standing," he explained, "The same brooms that appear in the photos can be balanced at any time of the year."

"It’s just balance," Kling said, "People think it’s special because at what other point in your life would you stop and try to balance a broom."

So just to clear things up...

The Broom Challenge is nothing other than a hoax. Keep scrolling to check out Jason Statham and Conor McGregor trying out the viral Bottle Cap challenge...