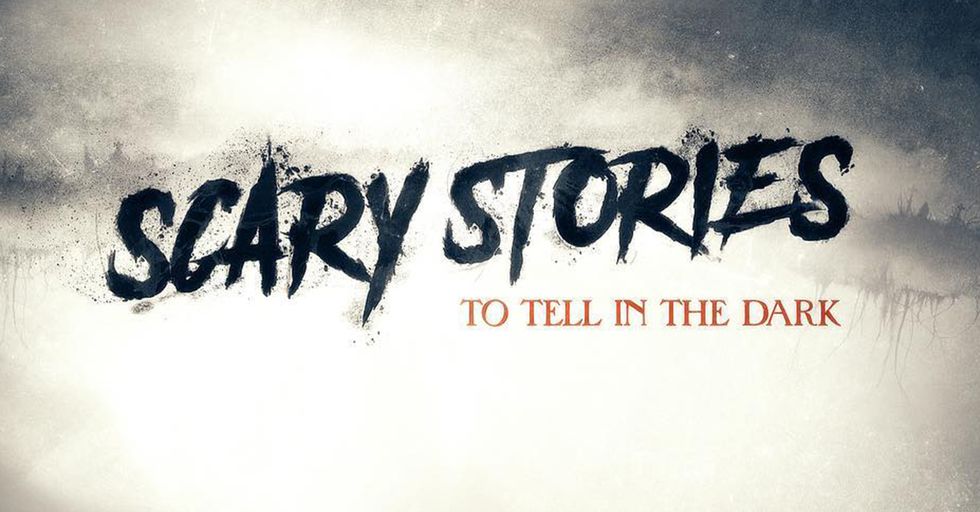 So, the Super Bowl of 2019 just happened. But we're not talking about that right now; let's talk about the moments in-between. Specifically, the several teaser trailers that dropped for the upcoming film, Scary Stories to Tell in the Dark.

If that title is ringing a bell, it should! The film will be an adaptation of a children's book series with the same name. And that book series has been terrorizing kids (and adults, if we're honest) since the '80s. Every book contains over twenty short stories, each one scarier than the last. The recent teasers show off a few of the adapted stories, and they're chillingly similar to the book illustrations we saw as children.

Got your attention, yet? If you're a fan of horror, you'll definitely want to check this out. See which stories are included in the upcoming movie, and get hyped with these teasers!

But, like, in a fun way! Because we're getting a film adaptation of the popular children's series Scary Stories to Tell in the Dark.

Alvin Schwartz knew how to terrify us.

Remember "The Haunted House," "Dream," or "The Red Spot"? Even when you read them as a kid, it's hard to forget the stories as adults. They're always waiting at the back of your mind – kind of like a ghost.

Schwartz published the first book in 1981.

And he actually did a TON of research for his stories, taking more than a year to finish writing each book.

Mostly because they were children's books that didn't pull any punches. The writing was actually scary, and the book's illustrations (yeah, they're also illustrated) stood on a level of spook entirely their own.

Stephen Gammell is just as responsible for scaring us as Schwartz, to be honest.

Stephen Gammell is the illustrator for all the Scary Stories books, and he was not kidding around when he drew those pictures.

So some parents had a few reservations about the series.

The American Library Association actually listed it as the most challenging series of books from 1990–1999, and the seventh most challenged from 2000–2009.

It's also known for its graphic stories.

Schwartz himself writes plainly without too much detail (it's still a kids book) but the stories themselves don't need flowery writing to inspire terror. And Gammell's illustrations are nothing short of surreal and nightmarish – they've got all the detail we could need.

Nevertheless, it is still a favorite with adolescents.

If you grew up to be a die-hard horror fan, chances are you read Scary Stories as a kid.

And considering both the teasers shown thus far and the people involved with making this movie, we're feeling very optimistic that it'll carry on Schwartz's torch nicely.

The movie is being produced and developed by del Toro, the master of monsters who directed The Shape of Water, Crimson Peak, and Pan's Labyrinth.

So that's already a good start.

The movie is also being directed by Trollhunter’s André Øvredal, and by the look of the promos, it's staying very true to the source material.

Let's start with "The Pale Lady."

Every teaser is only a few seconds long, but it's enough to give us a good guess on which stories they're referencing.

The "Pale Lady" trailers appear to be based on "The Dream."

"The Dream" is included in More Scary Stories to Tell in the Dark. In the story, a deathly pale woman with black hair appears in a girl's dream and delivers an ominous warning.

And the Pale Lady character looks disturbingly like her illustrated counterpart.

So, yeah, it looks like neither book nor movie is looking to pull its horror punches.

Although, nothing is quite as frightening if you can also laugh at it.

That seems to be the operating theory, here!

And this one is not the easiest for squeamish or arachnophobic individuals.

If this story didn't make you insanely paranoid of spider bites as a kid, then the only explanation is that you didn't read it. Because of ick.

Do we need the details?

Basically, "The Red Spot" comes from an urban legend wherein a young woman is bitten on the cheek by a spider. Instead of going away, the bite swells and swells...until hundreds of tiny spiders hatch and burst out of her skin.

This one appears to be new, for the most part; it's not immediately recognizable from any story in the original books.

Although, there have still been some comparisons.

Here's one: it does look kind of like Slender Man, doesn't it? And those monsters from A Quiet Place. The Jangly Man might also have roots in one Scary Stories anecdote, "What Do You Come For?"

If so, that's pretty creepy.

"What Do You Come For?" features an intruder who dangles from the chimney. And even if The Jangly Man is entirely new – he still looks like the stuff of nightmares.

Finally, we have "Big Toe."

This fright-fest looks both true to its name, and the short story it's based on – also called "The Big Toe," and included in Scary Stories to Tell in the Dark.

And yes, it's about a big toe.

In the story, a young boy is digging in his garden and finds a human toe. When he brings it to his mother, she thinks it's a nice piece of meat and throws it in the soup for dinner.

That night, the owner of the toe follows the boy inside and attacks him. And it looks like the trailer gave us a peek at that creature!

This tale goes all the way back to the Brothers Grimm.

The folktale originated in early 19th century Germany; it was first found mentioned in the Grimm Brothers' notes.

The first poster for Scary Stories references none of the above. It's from yet another of Schwartz's short stories: "Harold." You'll never look at scarecrows the same way after you read "Harold."

And BTW, they're spot-on with Harold the scarecrow too.

The fact that all these monsters are just like their illustrated counterparts makes them even scarier. Those illustrations are as feared as they are beloved; they strike terror into us, but we can't imagine the book without them!

There have been a range of reactions to these teasers.

Most people have been some combination of totally thrilled that this movie is coming...

...And totally terrified of all those childhood nightmares coming to life.

It's funny, we know the movie is gonna scare the heck out of us, but we still plan on going to see it!
Share this with anyone else who is planning on seeing the film!