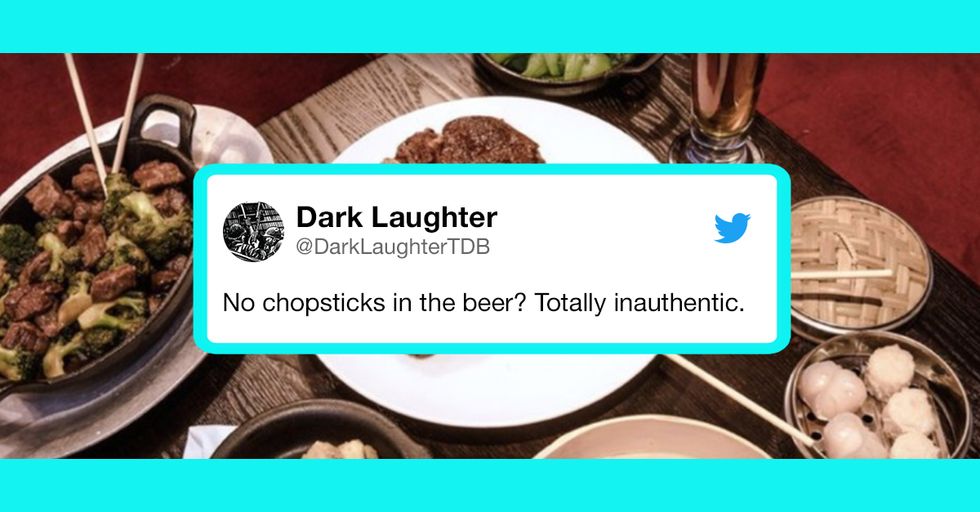 Diversity on newspaper staffs and in advertising agencies is a real problem. Sometimes, respected publications like The New York Times, or big brands like Dove, miscalculate the message they're trying to send in offend a lot of people with their photos or commercials.

That's exactly what happened when The New York Times recently posted a photo of a spread from a new restaurant. Many Asian Americans called them out for the placement of the chopsticks in the photo, which was culturally insensitive.

The article was about Jade Sixty, a new fusion restaurant that would feature both New York steaks and Asian items.

The problem with the picture was the placement of chopsticks. Writer and editor Wilfred Chan was the first to point it out on Twitter.

For those who aren't aware, there is proper chopstick etiquette, and that picture...well, it's not correct.

Placing chopsticks crossed on the plate and upright like that in Japan is actually quite rude. Chopsticks are used in Japanese and Buddhist funeral traditions.

And so when you place chopsticks like The New York Times did in that photo, you get questions like this:

So not only is this photo culturally insensitive to many Asian Americans, but it's also literally reminding them of their dead relatives. Nice one, NYT.

There's just so much about this photo that doesn't compute.

The newspaper got so much backlash in such a short amount of time. It would really be as simple as asking an Asian-American person what the best practices are before posting that photo. Or better yet: Hiring them to write the article and take the photo.

Many pointed out that not only was the photo culturally insensitive, but it was also just super impractical:

We're having trouble with the concept of eating a giant steak with chopsticks, which means maybe this isn't such a good idea for a restaurant. The jokes, well, they just kept on coming...

This is what you would call a "funny haha":

Ah yes, the traditional Asian meat catapult. Wouldn't be able to eat steak any other way.

The New York Times stuck chopsticks willy-nilly all over this photo, but they didn't fully commit to the bit.

If we're being honest, though, chopsticks in the beer would have just been even more offensive. This is a lose-lose situation.

It turns out that Chan's commentary actually had an effect. They changed the picture:

After that, it seems they deleted the whole article. Maybe they've learned their lesson. In the meantime...

Wilfred Chan has been a champion for months now, calling the Times out on their cultural insensitivity left and right.

this is not activism this is unpaid copyediting @nytimes where's my check https://t.co/3QRvCoF3PZ
— wilfred chan (@wilfred chan)1514506586.0

Make a fool out of yourself once, New York Times, shame on you. Make the same mistake twice? Shame on you again. That's how the saying goes, right?

People of color need to be better represented in every industry. Period. It's nearly 2018. Let's get with the picture, people.