The News for Kelly Clarkson Just Keeps Getting Worse | 22 Words 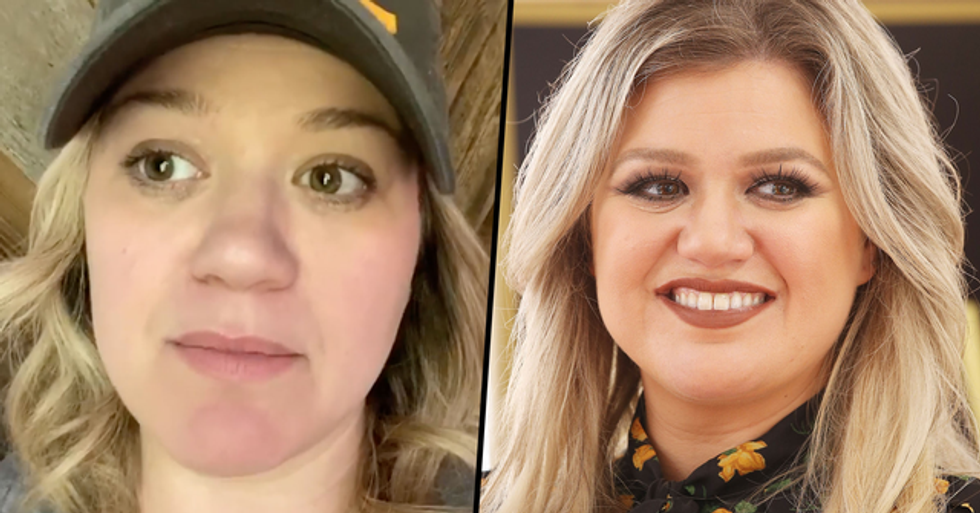 The News for Kelly Clarkson Just Keeps Getting Worse

Kelly Clarkson has a long and successful career. But many don't know the tragedy that's followed her behind the scenes ...

Kelly Clarkson's had quite a successful career.

From a singer, songwriter, to an author, she has done it all.

A woman of many talents.

Her most recent venture isn't too dissimilar to her previous role on The Voice.

As this time she is stepping in on America's Got Talent whilst Simon Cowell recovers from his broken back.

She has taken his role as a judge.

The internet can't get enough of her!

underneath the tree by Kelly Clarkson started playing on my shuffle and I had a physical reaction
— DJ Melancholy (@DJ Melancholy)1602168253.0

anyone else listening @kellyclarkson rn I’m listening to her and fuckinh crying
— eldernormen (@eldernormen)1602227415.0

Fans may not know quite how much hardship Kelly has faced in her life.

From family drama to professional strife ...

It certainly isn't easy being Kelly!

So, let's start from the top.

Kelly Clarkson has been living with an underlying health condition.

Over the years, many have noticed Kelly's fluctuating weight.

But the reality was far more frightening ...

In fact, Clarkson revealed in 2018 it was all down to her health struggles.

Kelly has had a lifelong struggle with an unspecified autoimmune disease.

On top of this, she also suffers from a thyroid issue, too.

This means her thyroid gland doesn't produce enough of the correct hormones.

This causes an upset of balance within the body overall.

But can quickly move on to more serious things such as joint pain and heart disease.

Clarkson bravely manages her condition through her diet.

Avoiding conventional medicines that gave her adverse side effects.

"I know the industry loves the weight gone, but I mean, for me, it wasn't really the weight," she explained.

Aside from her health issues, Clarkson has faced her fair share of other controversies, too.

In one episode of America's Got Talent, Clarkson came under fire for one reason, in particular.

On a recent episode, fans were furious with Clarkson.

"And she made fun of Sofia's accent again tonight. No cool Kelly Clarkson. If this was meant as a joke, then I hope you alert people to this ahead of time," wrote one Twitter user.

And that's not the only time Kelly has come under fire online.

In fact, when it comes to her parenting style, many on Twitter just can't get on board.

She's been open about her choice to spank her kids in the past.

But it's safe to say, the internet hasn't been very supportive of her decision ...

Kelly revealed her decision in an interview.

Speaking to 98.9 The Buzz she said: “I’m not above spanking, which people aren’t necessarily into."

"My parents spanked me, and I did fine in life. I’m from the South, y’all. So, like, we get spankings.

"People are like, you know, they think that’s wrong or something, but I find nothing wrong with spanking."

And that's not the only reason her parenting has come under fire ...

She was also attacked my mom-shamers earlier this year ...

For allowing her young daughter to dye her hair!

Kelly has also had some recent personal troubles, too.

As on September 25th, she made a very sad announcement.

She was filing for divorce.

After seven years of marriage to Brandon Blackstock.

But behind the happiness were some clear problems.

The two even shared two children.

But in 2020, they cited "irreconcilable differences" as the reason for their split.

"As you probably know, 2020 has brought a lot of change also to my personal life," Kelly explained.

"What I'm dealing with is hard."

"It involves more than just my heart, it involves a lot of little hearts."

"We know the best thing here is to protect our children and their little hearts."

"So I'm usually very open and I usually talk about everything but in this case I will talk a little bit here and there about how it affects me personally."

"But probably won't go too far into it because I'm a mama bear and my kids come first."

But she promises her new album will be her "most personal" yet.

Kelly is also suffering from professional issues, too.

Hey, we can relate!

Because it's just been announced that Kelly is being sued by her record company.

She allegedly owes millions of dollars in unpaid commissions ...

The lawsuit claims Kelly has broken an oral contract.

"Over the course of approximately 13 years, Starstruck developed Clarkson into a mega superstar," it claims.

"By way of example only, Starstruck was instrumental in helping Clarkson achieve success in terms of numerous hit albums, multiple Grammy wins and nominations, her role on popular television shows like The Voice and her own talk show."

"Despite Starstruck’s hard work and dedication, Clarkson has decided she is going to stop paying Starstruck for what is contractually owed."

And to make things even messier?

They report by the end of the year, she'll owe more than $5 million.

So it looks as though things aren't looking great for Clarkson.

With health concerns, parenting problems, a divorce and an impending lawsuit on the cards.

We wish Kelly the best!