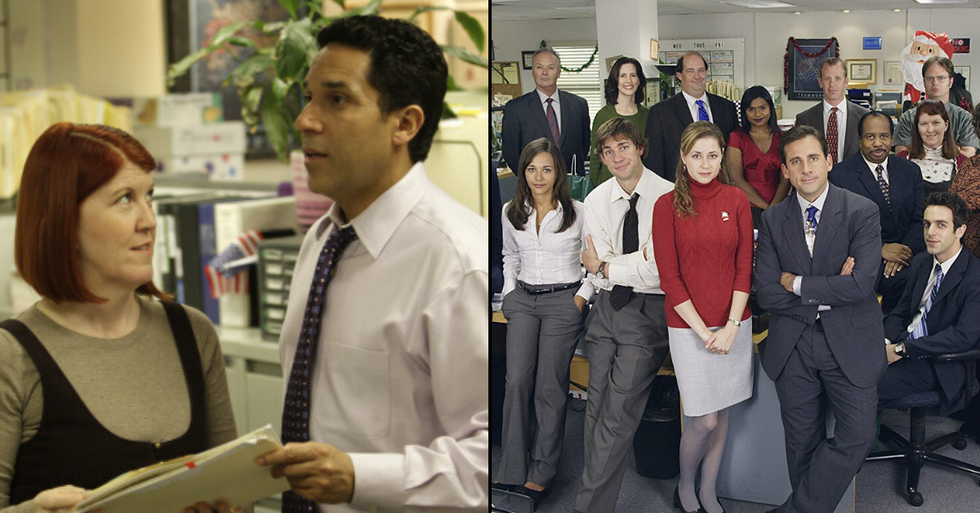 Fand of beloved sitcom The Office will be thrilled to hear that the cast are hosting a virtual hangout for charity, with the exciting new being announced in a video today.

Keep scrolling to find out who is going to be there, what the stars will be discussing, and how you can join...

It's still extremely popular to this day, and can be streamed on Netflix. If you haven't watched it yet, we highly recommend!

And since then, fans have had to rely solely on reruns to get their Dunder Mifflin fix.

We can always rely on The Office to serve as the ultimate pick-me-up. And it seems this was no exception when it came to the pandemic the world is currently in the midst of.

And if you're relying on The Office to get you though...

Then this news will have you jumping for joy.

One lucky fan has the chance to (virtually) hang out with the cast of the show.

Several cast members have partnered with the fundraising organization, Omaze, for an online coffee date. Oscar Nuñez, Creed Bratton, Kate Flannery, and Melora Hardin from the show made the exciting announcement on Wednesday.

Proceeds from the event are going to the Variety Boys & Girls Club.

The organization provides families with meals, emergency supplies, and activities during the pandemic.

In the announcement video, we got a taste of what to expect from the hangout.

We’re going to have so much fun. We’ll get to know each other, talk about the show, I’ll get your credit card information, stuff like that," Bratton joked. “And I’ll tell you some juicy, behind-the-scenes gossip." “Go now and join. Like, seriously, go right now. Don’t make this harder than it needs to be. That’s what she said," added Nuñez. You can enter the sweepstake (which closes in just under a month) here. For more on The Office, scroll on to take a look at the new Steve Carell comedy...