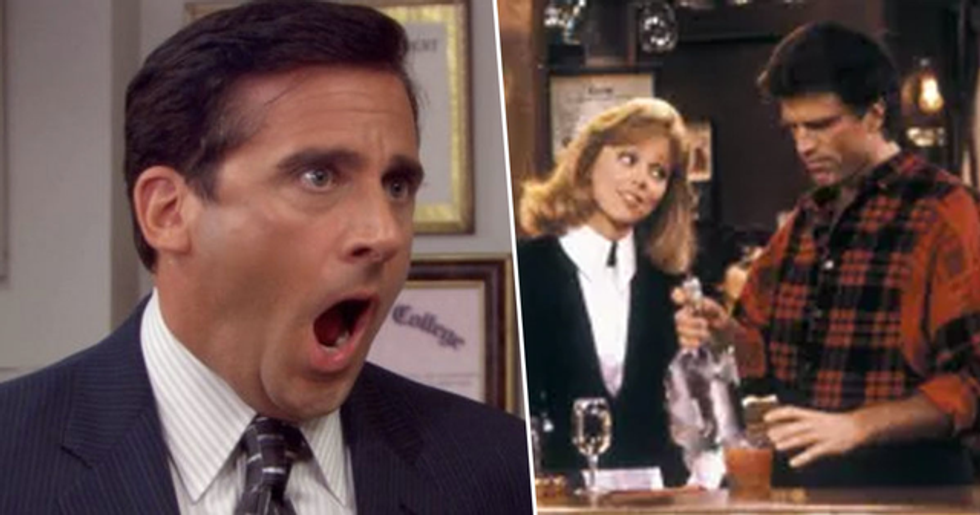 For fans of NBC sitcom smash, The Office, the years since the show's end in 2013 have been dark ones, to say the least. Sure, we've had Cards Against Humanity games, and even a recently announced podcast launch...

However, even more exciting news has reached us. NBC is finally planning an Office reboot, which is set to launch along with the new NBC streaming network launching in 2021.

But now Steve Carrell has pitched a different reboot of the show - featuring the original cast, but in a very different setting: the universe of Cheers.

It's still extremely popular to this day and can be streamed on Amazon Prime. If you haven't watched it yet, we highly recommend!

In spite of the fact it finished almost six years ago (!), fans have remained loyal. The Office-based humor has a good presence on the internet, and the show will likely continue its reign of popularity for years to come.

Its high-quality humor is one of the reasons for its ongoing popularity.

The cast of characters alongside the unlikely escapades they get up to over the show's nine seasons never fails to raise a laugh.

This eye roll, by long-suffering salesman Stanley, is the perfect response to a wide variety of annoying situations.

The relationships between the characters. A firm fan favorite was the will-they, won't-they romance between reluctant salesman Jim and shy receptionist Pam.

Every so often, Office fans will get some never before seen info or a behind-the-scenes secret - even a card game or a podcast!

But the latest Office spin-off suggestion?

And, as always, he was asked about the potential future of The Office.

But Carell had a rather unusual idea.

Rather than a regular old reboot, he had a new plan which many have found quite exciting. Carell wants to bring back the cast in the universe of classic sitcom Cheers instead.

"Not reboot The Office, but take The Office cast and reboot Cheers. So, like I would be Sam. And Jenna would be, you know? Like just take different characters."

People are pretty excited at the suggestion.

To be honest, we'd be happy to see the cast of The Office reunited in any capacity.

The studio audience went wild for the suggestion.

A loud cheer followed Carell's idea. Do we think it's gonna happen?

And Ellen was very excited.

In fact, she was inspired to come up with some other crossover suggestions - including Gilligan's Island and The Beverly Hillbillies.

Although it's likely if this does ever happen, it'll be a one-off special rather than a full series.

Here's another except from Carell's interview.

Want more Steve Carell content? Keep scrolling for a behind the scenes look at his Netflix show about outer space.