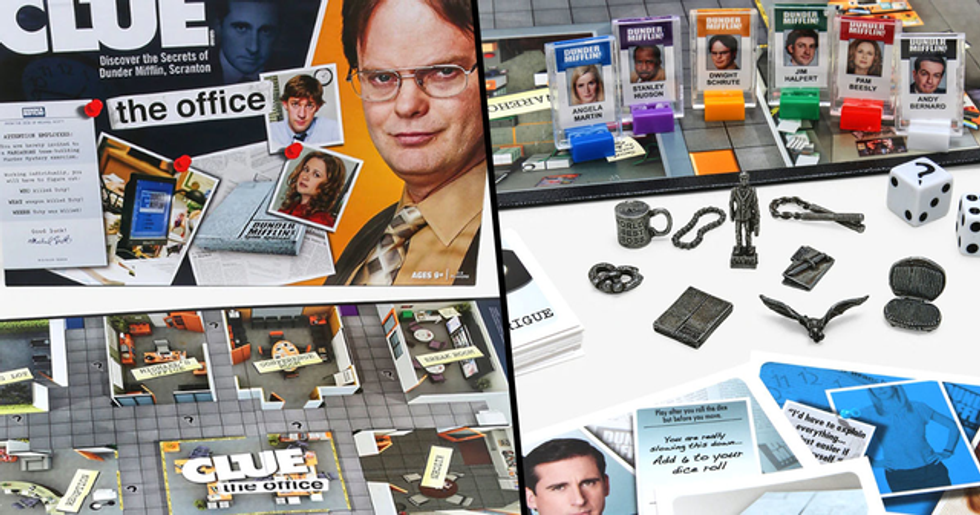 The 'Office' Clue Game Lets You Figure Out Who Killed Toby

For fans of NBC sitcom smash, The Office, the years since the show's end in 2013 have been dark ones, to say the least. Sure, we've had Cards Against Humanity games, and even a recently announced podcast launch.

Even more exciting? NBC is finally planning an Office reboot, which is set to launch along with new NBC streaming network launching in 2021.

But for fans who can't wait that long? There's a new board game launch that could just fill the Dunder-Mifflin shaped hole in their hearts.

Every so often, Office fans will get some never before seen info, or a behind the scenes secret - even a card game or a podcast!

But the latest Office spin-off product?

Because this one is absolutely hilarious.

And anyone who's watched The Office will agree, it's a genius idea that we can't believe didn't exist until now.

Toby Flenderson, the long-suffering HR manager of Dunder Mifflin is basically there to spoil everybody's fun.

Because basically nobody at Dunder Mifflin likes him very much.

And now that fact has been made abundantly clear.

Because there's a version of Clue based around the characters of The Office - with one who serves as the unfortunate murder victim.

And who else could it be?

Obviously it's poor, unfortunate Toby who ends up murdered. But who perpetrated the crime?

Michael truly cannot stand the guy. But actually, everybody has their own personal motive for doing away with Toby.

And the aim of the game?

Figure out who was behind the dastardly murder. In a team led by Michael Scott, rather than, like the police or anyone of authority, of course.

And of course, finding the perpetrator isn't all.

Like with any Clue game, you also need to figure out where in the office the murder went down, and what the weapon was.

It could be anyone.

Well, the murder could have taken place in the warehouse, the annex, the kitchen, accounting, the break room, the conference room, reception, Michael's office, or the parking lot.

Our personal favorite? The George Foreman grill. Sure, it can do a number on a foot - but could it really be responsible for a murder?

Many fans have has this reaction.

It's gotta be Michael. But the fact it can't be really blows the game wide open.

But others have offered a simpler reaction.

We want this now!  Well, luckily, you can - right here, at Hot Topic. Curious about another fun twist on a board game classic? Scroll on to learn about the "feminist" Monopoly that made a splash online.