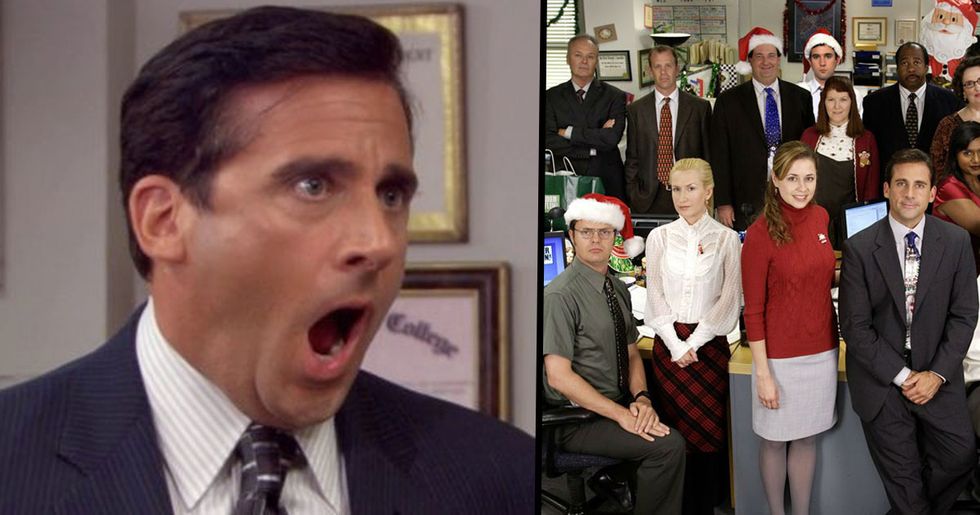 'The Office' Is Officially Leaving Netflix

Ever heard the saying "all good things come to an end?" Well, it couldn't be truer, as the moment that we've been dreading has finally come...

The Office is officially leaving Netflix, and people are very mad about it.

We all knew that this was coming. In fact, we'd actually been warned, as Netflix has a habit of removing things from the platform after a while, but after convincing ourselves that one of the nation's favorite shows would never leave the streaming platform, we've had some bad news and we're not taking it well.

This is pretty much a national emergency...

The Office first burst onto screens in 2005.

The US adaption of Ricky Gervais' show follows a group of co-workers navigating life in their office. From the awkward moments to Michael's stress attacks, the show propelled to comedy stardom.

The show has become a staple of pop culture.

Over 200 episodes later, Dwight, Jim, Pam, Michael, and the gang have found themselves at the center of most memes and several gifs.

This one is a classic...

We're sure that you've seen it floating around Twitter at some point.

And, of course, who can forget this iconic scene?

The CPR scene is the best 2 minutes of footage that you'll ever watch.

Fans rejoiced when the hit show finally came to Netflix.

It's pretty much become the most popular show on the platform.

But, yesterday, Netflix gave us some sad news...

The moment that we've been dreading has finally come...

It seems that the show will be leaving Netflix in 2021 to return to NBC's streaming platform.

Fans reacted the only way that they knew how... with The Office memes.

Safe to say, they were not impressed by the move.

And the reactions just kept coming...

Netflix faced a lot of angry fans on Twitter.

If you're feeling deflated, we don't blame you...

We are, too. But, why not drown your sorrows by getting your Office fix with facts from behind-the-scenes of the highly meme-able show. Here goes...