The Paradise Papers: Here's What You Need to Know About the HUGE Tax Haven Leak | 22 Words 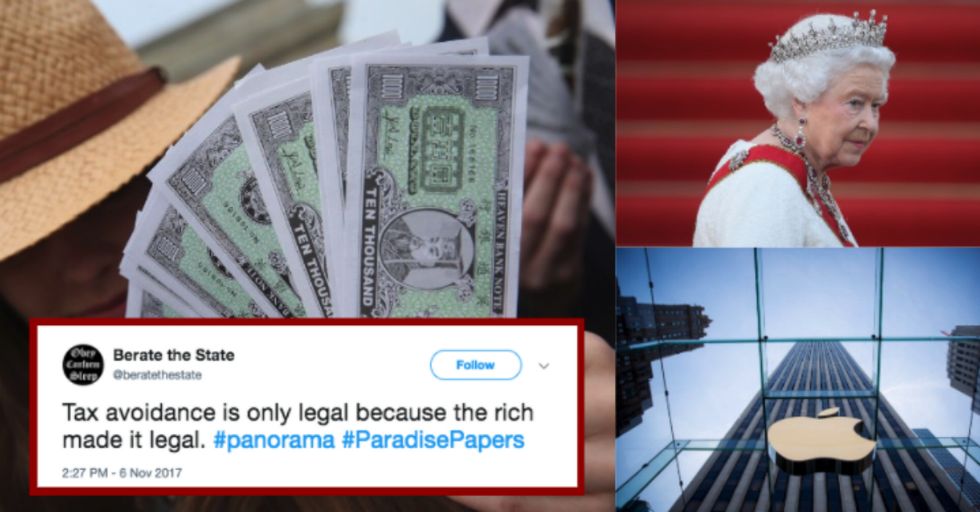 The Paradise Papers: Here's What You Need to Know About the HUGE Tax Haven Leak

On November 5, a set of 13.4 million documents related to offshore investment called the Paradise Papers were leaked to the public. The financial affairs of more than 120,000 people and companies are shared in the papers. Early reports say that the amount of money involved in tax evasion schemes is approximately $10 trillion. Trillion.

First things first: How do the Paradise Papers compare to the Panama Papers?

In May of 2013, an investigative subcommittee found that Apple had avoided paying tens of billions of dollars in taxes by using the Irish tax haven. Five months later, Irish officials started to crack down on the loophole Apple had exploited. Rather than come clean, Apple decided to switch gears and use another tax haven on the small island of Jersey.

The documents reveal the financial affairs of many of the world's richest people, including the Queen of England.

Apparently, the Queen held investments in two offshore tax havens in the Cayman Islands and Bermuda. Also included in the papers are Bono, Madonna, and Microsoft co-founder Paul Allen.

A number of Trump's cabinet members are also named in the Paradise Papers.

Most notably, the Secretary of Commerce, Wilbur Ross, holds stakes in business connected to Russian oligarchs who have been sanctioned. More than a dozen of Trump's cabinet members are linked to offshore accounts, including Secretary of State Rex Tillerson and Gary D. Cohn (director of the Economic Council). So what happens now? Honestly... probably not much. Like we said, using these tax evasion strategies isn't illegal, and the chances of elected officials — who are among the richest people in the world — passing legislation to make it illegal are slim at best. But hey, at least now you know, right?