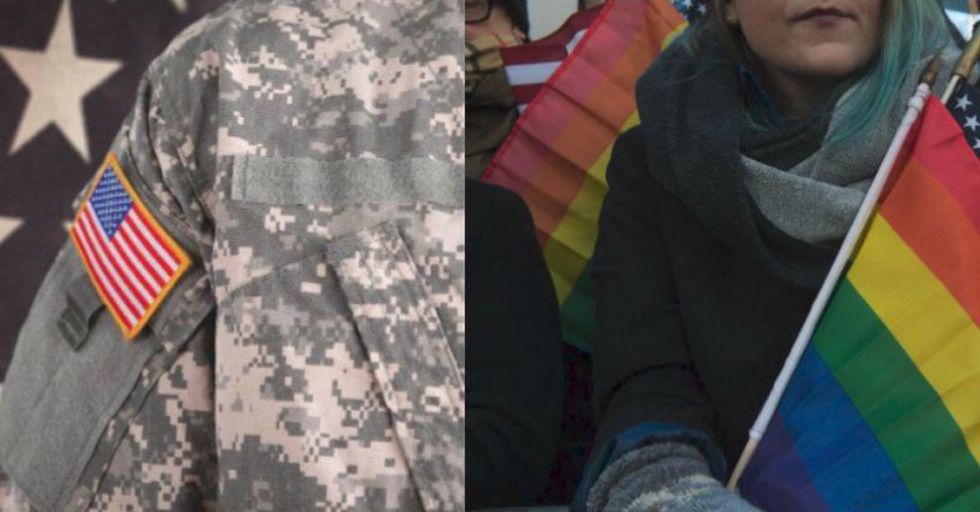 Try as he might, Donald Trump just can’t seem to make a ban on transgender people serving in the military stick. In July, Trump tweeted that he would not allow transgender people to serve; in August he signed a memo that would cut off future funding for sex-reassignment surgery and forbid the Pentagon from accepting transgender recruits. This October, that ban was struck down by a federal judge. And in a big win for LGBT rights, this week, a transgender active-duty service member underwent gender-affirming surgery.

It was the first time this type of surgery was paid for by the Pentagon.

The solider, who identifies as female, had previously fought in Afghanistan. Her surgery was approved by Vice Admiral Raquel Bono, who leads the Defense Health Agency, and was conducted in a private hospital on Tuesday.

According to the Pentagon, the surgery was deemed medically necessary.

The Pentagon said in a statement, “The Supplemental Health Care Program will cover this surgery in accordance with the Department’s interim guidance on transgender Service members." The service member had already begun a sex-reassignment course of treatment.

According to Trump, it’s too expensive for the military to pay for transgender people to have healthcare.

“Our military must be focused on decisive and overwhelming victory and cannot be burdened with the tremendous medical costs and disruption that transgender in the military would entail," Trump said. But this isn’t actually true. According to a study by the RAND Corporation, transgender troops make up only a fraction of one percent of the total military. In other words, the cost of their healthcare is incredibly small in comparison to the military’s overall budget.

Despite Trump’s efforts, the surgery is not against the military’s policy.

Currently, according to the Department of Defense policies, the military is required pay for transgender soldiers’ medical services, which includes surgery such as this.  Here’s wishing a healthy recovery to the solider who underwent the surgery — and made history.