'The Princess Bride' Turns 30: You Have to See What Princess Buttercup, Wesley, and the Rest of the Cast Looks like Today | 22 Words 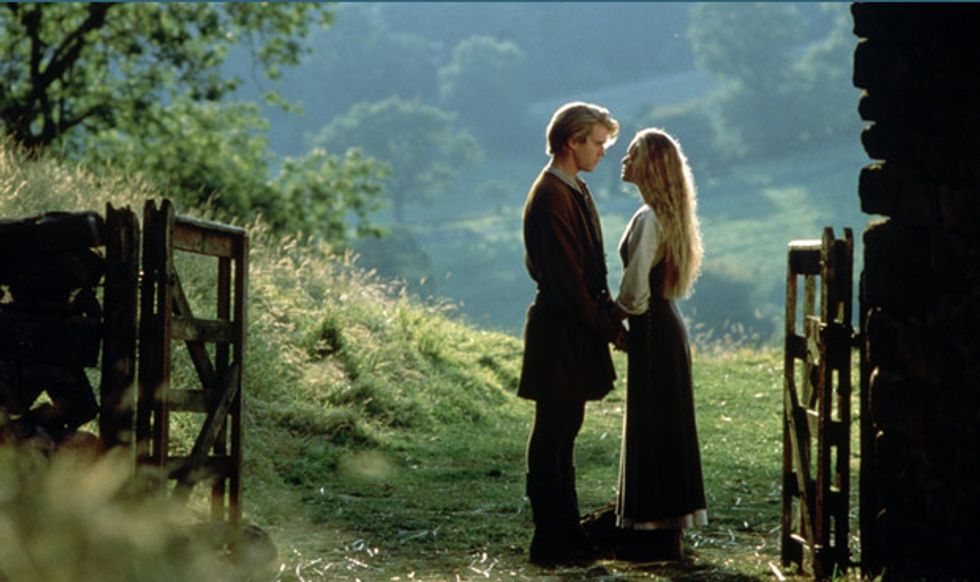 'The Princess Bride' Turns 30: You Have to See What Princess Buttercup, Wesley, and the Rest of the Cast Looks like Today

The Princess Bride is a classic family film that truly offers something for everyone. There's romance. There's adventure. There's Andre the Giant. What more could you want?

In honor of its 30th anniversary, we thought we'd show you what our favorite characters look like now, three full decades after the film's release in 1987.

Robin Wright, aka "Buttercup", then:

Robin Wright played Buttercup, the beautiful damsel in distress in the 1987 classic film. She stole the hearts of little boys everywhere and prompted little girls to start pining for their own farm boys.

Cary Elwes, aka "Westly", then:

Since The Princess Bride, Elwes has appeared in a number of box office hits such as Mel Brook's Robin Hood: Men in Tights and Liar, Liar. He's currently appeared on the show Life in Pieces and Psych, among others.

Mandy Patinkin, aka "Inigo Montoya", then:

Who can forget his famous line? "Hello." "My name is Inigo Montoya." "You killed my father." "Prepare to die." And now...

Patinkin was nominated for an Emmy for his portrayal of "Saul Berenson" on Showtime's award-winning series Homeland. He's due to appear in the upcoming film Wonder also starring Jacob Tremblay, Owen Wilson, and Julia Roberts.

Fred Savage, aka "The Grandson", then:

Fred Savage played the sick grandson who at first wanted nothing to do with his grandfather's sappy story. Of course, he ended up changing his mind in the end.

Fred Savage, aka "The Grandson", now:

Chris Sarandon, aka "Prince Humperdinck", then:

Sarandon played the haughty and conniving Prince Humperdinck. We all squirmed right along with poor Westley as he threw the torture device up the 50 and pulled the switch.

Does Sarandon's voice sound familiar? It should. He voiced Jack Skellington in Tim Burton's The Nightmare Before Christmas. Most recently, he appeared in Teenage Mutant Ninja Turtles and Orange Is The New Black. He's also Susan Sarandon's first husband! Head to the next page for more...

Christopher Guest, aka "Count Rugen", then:

Guest portrayed Prince Humperdinck's evil henchman. His sadistic deeds, when paired with his calm and soft-spoken demeanor, made him a truly captivating bad guy.

Wallace Shawn, aka "Vizzini", then:

Mimicking Vizzini's iconic line "Inconceivable!" is something that we're all probably guilty of doing at least once in our lives. For some of us, it might up to a weekly basis...

Wallace Shawn was the voice for "Rex" in the Toy Story series. He recently appeared in the film The Only Living Boy in New York as well as Amazon’s Mozart in the Jungle.

Billy Crystal, aka "Miracle Max", then:

Crystal hilariously portrayed the miraculous old man who revives Westley and saves the day. Thank goodness Westley "only mostly dead" when they brought him in.

Crystal has had a long and successful career since The Princess Bride. Most recently, he appeared in The Comedians on FX alongside Josh Gad.

Carol Kane, aka "Valerie", then:

Carol Kane was both adorable and terrifying as Miracle Max's wife "Valerie". We'll always love her classic line "I'm not a witch, I'm your wife!"

The charming comedian recently had a recurring role on Gotham and currently stars alongside Ellie Kemper as Lillian Kaushtupper in The Unbreakable Kimmy Schmidt. Happy 30th Birthday, The Princess Bride!