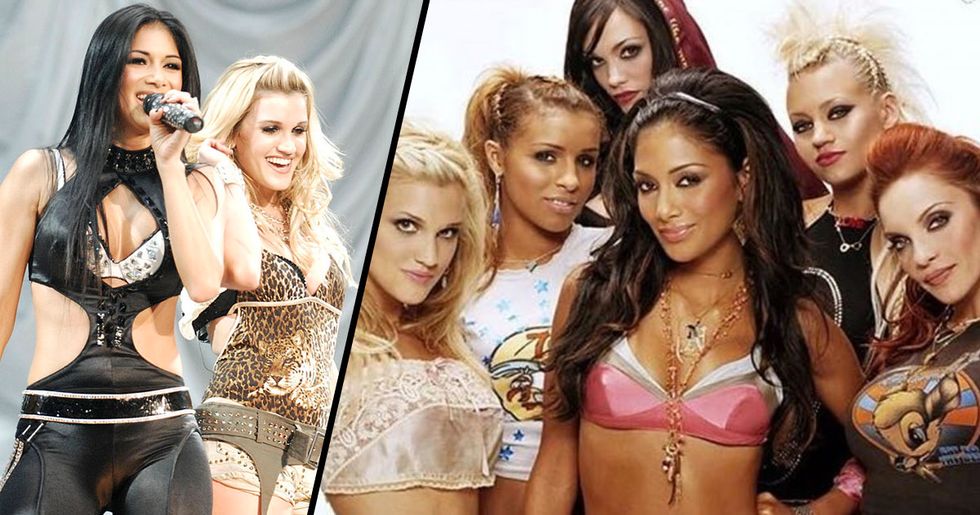 The Pussycat Dolls Are Making a Comeback After a Decade Away

Trust me, some of the Pussycat Dolls really have been busy!

Well naturally... everyone's young at some point. Unless you were born old, like Brad Pit in The Curious Case Of Benjamin Button.

Forget rubbing bods against walls and smoldering glances towards to cameras, something we endured from other girl groups in the early noughties. The Pussycat Dolls were a group that was designed to dance. The girl group, hailing from Los Angeles, was as much a dance troupe as they were singers.

Antin actually thought up "The Pussycat Dolls" in 1995 as a burlesque troupe. After the act gained widespread acclaim, the concept was bought up by A&M Records. This was when Nicole and the girls were roped in and The Pussycat Dolls that we remember today was born. Robin Antin remained involved as the girl group's choreographer.

Although the band, which consists of Bachar and someone called Sammy Jay, don't seem to have had much commercial success, their music really isn't bad. It's certainly a big step away from the music that Carmit Bachar was making alongside The Pussycat Dolls. You can check out their Bandcamp here.

Ashley Roberts has done the rounds on U.K reality shows.

Roberts appeared on I'm A Celebrity Get Me Out Of Here in 2012, which she almost won, but finished as runner-up. Then, in 2015, she appeared on the British ski slope show, The Jump.  By this point, Roberts had become a familiar face on British television and landed (slope joke) herself a role co-hosting the popular Ant & Dec's Saturday Night Takeaway. She worked on the show from 2013 until 2016, securing her place as a family favorite presenter.

Roberts and Scherzinger aren't the only Pussycat Dolls that have done a bit of presenting. Since the girl group went on hiatus, Sutta has also dabbled in presenting. You may well have caught Jessica Sutta on the 19th cycle of America's Next Top Model, where she starred alongside other ex-girl band member, Nadine Cole, from U.K pop group, Girls Aloud.

Perhaps the most prestigious cooking show in all of the U.K, winning Masterchef really is a highly respected achievement. Wyatt won the coveted award when she partook in 2015.

With all the Pussycat Dolls with their fingers in different pies, working on completely separate projects over the last ten years, is it really true that they are getting back together? Surely, the time of The Pussycat Dolls is over... are there not younger, fresher faces that people would rather see?

Rumor has it, Nicole agreed to go on The Pussycat Dolls tour after being offered a million dollars. I mean, it's hard to say no to that, isn't it? Don't we all love a good reunion? Why not carry on scrolling to read about when all of the Parks And Recreation cast reunited? The photos really are delightful!