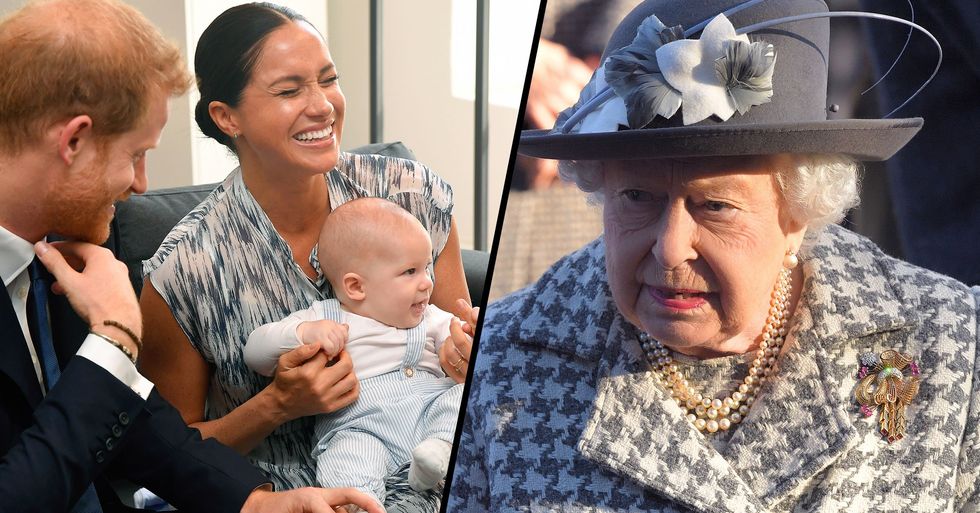 Things in Buckingham Palace have really been shaken up over recent weeks. Ever since Meghan and Harry announced they were stepping back as senior royals, there has been a full-blown media frenzy.

But of course, everyone has been wondering what the Queen really thinks about all of this. Well, following the shock announcement, this week, she had some things to say about baby Archie...

A family friend made some shocking claims last week.

Given the fact that Harry and Meghan have now given up their royal titles and will likely be spending a lot more time in Canada...

People have been wondering what the Queen really thinks.

Sure, she's released an official statement.

And with matters surrounding the step-down agreement getting nicely tied up, things would appear to finally be looking up. But, according to The Sunday Times, the Queen is "very sad" about one thing in particular.

The Queen is apparently "very sad" that she and other members of the royal family haven't seen much of Archie since he was born.

Of course, given the fact that Meghan and Harry have been away from the U.K. in Canada, since November, and they'll likely be spending even more time across the Atlantic, the Queen is starting to come to terms with the fact that she won't be seeing much of Archie looking forward.

She is his great-grandmother, after all.

"She will be very sad to have barely seen Archie and that he will miss out on growing up with his cousins and wider family," a source said.

Time will only tell how close Meghan and Harry will remain to the royal family.

This move will mark a whole new chapter for Meghan and Harry. A clip has recently resurfaced that shows who Meghan "really is," keep scrolling to take a look...