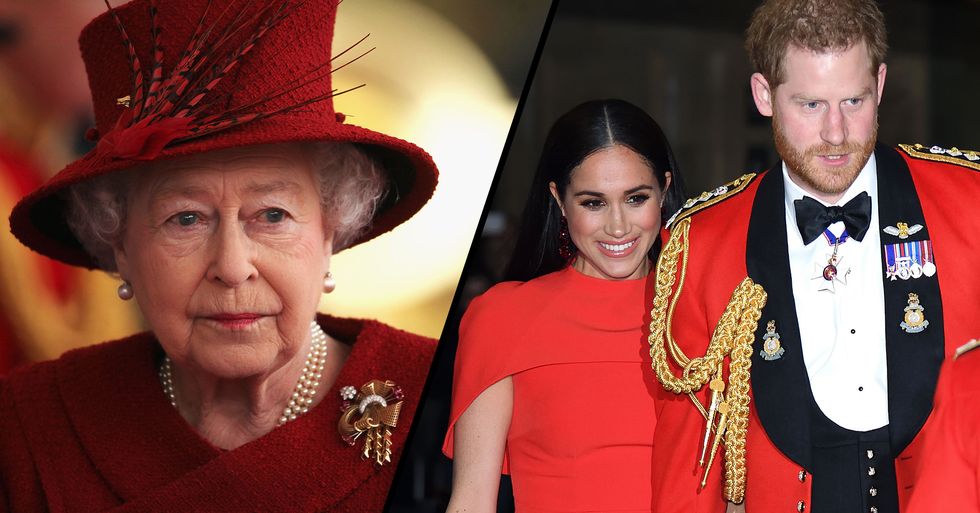 Meghan Markle and Prince Harry have been in the midst of a complete media firestorm.

Since their shock announcement, in which they declared they were stepping down as senior members of the royal family, the couple has been hitting the headlines non-stop and ever since the news broke, people have been wondering the same thing... what will become of them?

But the royal couple seems happier than ever in recent weeks, and it has emerged that the Queen herself has gone out of her way to invite Harry and Meghan to join her at their local church.

But at the beginning of this year, the couple seemingly has had enough of the harassment and the criticism...

And, of course, it was bound to have ruffled a couple of feathers in Buckingham Palace.

In fact, reports surfaced that senior royals were left “hurt" by the shock announcement that was made "without warning"...

And of course, the news has sparked a whole new wave of criticism that was directly aimed at Meghan.

And people have been wondering the same thing...

According to the Daily Mail, the couple has been told to remove the word "royal" from their branding on both their social media and website.

This could cause huge issues for their trademarked name...

The last few months have, of course, divided the Royal Family...

But what people need to remember is that family is family.

Harry and Meghan aren't being ejected from the family, despite their stepping down of royal duties...

And the Queen has made that very clear with a kind gesture recently.

Harry and Meghan are currently in the U.K...

And the couple were spotted attending the Sunday morning service last week at the Royal Chapel of All Saints Windsor - the place in which Queen Elizabeth attends her regular Sunday service.

She is eager to make sure the couple still feels involved...

"The Queen personally invited Harry and Meghan to join her for the service," a royal source told Harper's Bazaar. "She has continuously made sure that they feel welcome and loved."

The Queen wants to ensure that Harry and Meghan still feel like they are a part of the family following their official leave at the end of this month...

"It was a really sweet gesture that the Queen asked them to church," a further source told People of the invitation. "It’s telling in the sense that these two are still her family. And as a family, they all love each other."

It is important to remember that loyalties go further than duty...

And we wish Harry and Meghan a smooth transition from royal life.