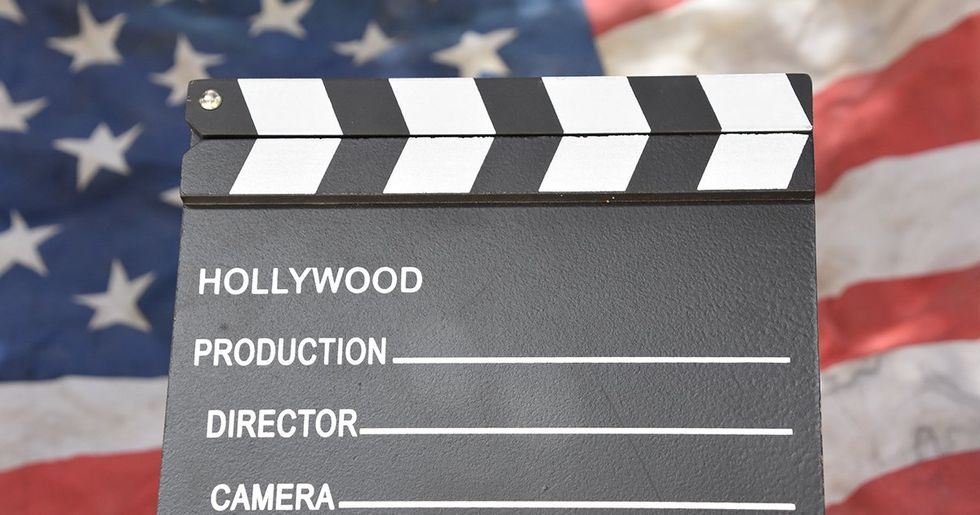 As Americans, we are unfortunately prone to thinking that the way we do things is correct and makes the most sense. But that is honestly hardly ever true. I mean, we haven't even adopted the metric system for Pete's sake. It is clearly the superior system of measurement. But we are so stuck in our ways, that we cannot recognize how many other countries do things (ahem, healthcare) better. And while movies are not exactly a realistic portrayal of daily life, it is how many people in other countries learn about what life is like in America.

This thread is full of things that characters do in American movies that we have come to accept, either because it really is the way we do it or because we are so familiar with the trope that we don't second-guess it anymore. But people in other countries have taken notice, and honestly, I don't blame them for it. Some of the stuff we do is super weird.

The thing about the "American way" is...

Sometimes it just doesn't make any sense. Take a look at these tweets from confused people from around the world to see what I'm talking about.

Um, it's called salad and I'm pretty sure we eat it with dinner because we thought it was really classy and European.

No, this is definitely not true. We're just so addicted to coffee that we'll drink the old, nasty stuff languishing for hours in the coffee maker when we're desperate.

Yes, we really care about Halloween! Who doesn't?! It's an excuse to watch scary movies and eat candy. What more could you want out of a holiday?!

Sometimes growing up we would leave the door unlocked if we were like, playing outside and our parents were inside. Other than that, doors were locked.

I don't think Funyons are as popular as American pop culture makes them seem anymore but they are still pretty darn delicious.

Do Americans really carry groceries in paper bags or is that just in movies only?
— Thandeka Msane (@Thandeka Msane)1395835742.0

Well, it used to be "paper or plastic," but now it's neither if you remember your reusable bags from home. But yeah, paper bags are a thing. Are they not in other countries?

Americans in movies just walk out of their homes and go to work while their TVs/radios are on. Their electricity must be really cheap.
— Sofa King Cool ✇ (@Sofa King Cool ✇)1477683945.0

Usually, we don't do this unless we're leaving the TV on for our dog who has separation anxiety – which is something I know a lot about.

According to movies, all Americans have a bag of frozen peas in their fridge, but they never use it while cooking.
— Celine Chami (@Celine Chami)1456657501.0

I don't know why we use frozen peas to reduce swelling for injuries, but we definitely do. I used to eat them frozen as snacks too when I was a kid. But I haven't had a bag of frozen peas in the house since I was probably five years old.

Me personally? I do not do this. But I know people who do. It is a travesty.

One bite for breakfast

OK, this is a pet peeve of mine from movies. No way someone is ignoring that beautiful spread for one bite of toast, Lindsay Lohan in The Parent Trap!

I don't think we eat that much meatloaf, and I also don't recall any movie or TV show in which people eat meatloaf. Is this a thing on American TV?

The transatlantic is a mystery even to us, but I will say it gives Mr. Feeny quite an air of authority in Boy Meets World.

No, people don't do this in real life and I'm always disturbed when people do it in movies! Why! Do people in movies from other countries not do this?

Because they're so much better than carpet! I didn't realize people around the world weren't enamored with hardwood floors.

Does this person mean potato chips or French fries? Because either way, the answer is yes. It's delicious.

Can't help it. Love a good haunted house. If people didn't enter haunted houses, there would be no scary movies!

@rachel_mcfarlin They forgot to mention the baguettes. Americans in movies, when they're coming home with groceries… https://t.co/BsEkjQw7UA
— Josh McDonald (@Josh McDonald)1546731276.0

Pretty sure we only do this in movies because we think it looks very chic and French. But also, baguettes are delicious.

The real infuriating part about the trope of someone taking one bite of breakfast and running out the door is that no one ever really has full breakfasts laid out like that in the morning. It's like, a frozen waffle or peanut butter on toast and out the door.

Why do Americans in movies expect people to answer the door instantly sometimes it takes me like 4 minutes to get out of bed to answer it
— ciaran (@ciaran)1446117919.0

I think this is also a time-saving device. Movies and TV don't actually happen in real time.

I mean, we had baseball bats in our house, but that's because we played baseball. I didn't know that people actually buy them for protection purposes.

"Grab" a cup of coffee

That is an expression that we use in real life! It doesn't mean we are forcefully snatching cups of coffee.

Yes, we do this. I mean, we don't usually wear shoes in bed. That's too much. But we wear shoes everywhere. It's a lot more convenient than constantly taking them off and putting them on.

Personally, I get a bowl so I can mix everything together, and most Chinese places these days use plastic over those paper containers, but eating out of them is not unheard of.

Um, because ice cream is a delicious and fun treat? How is this even a question?! Sometimes you're in the mood for a cone and not a beer.

They're called Solo cups, and yes. Sometimes they're blue. But they are those same cups. What do other people drink out of at parties?

I wish Americans in movies would just top comparing the length of things to that of a football field. I have no idea how long that is.
— ᴮᴱeurica⁷ (@ᴮᴱeurica⁷)1371467113.0

A football field is 100 yards, but that doesn't mean a whole lot for someone who uses a different (and better) measurement system.

What are you going to do, just accept death?! That's a whole genre of movies we wouldn't have if we did that. Share this with someone who might be confused about the things Americans do in movies and TV!