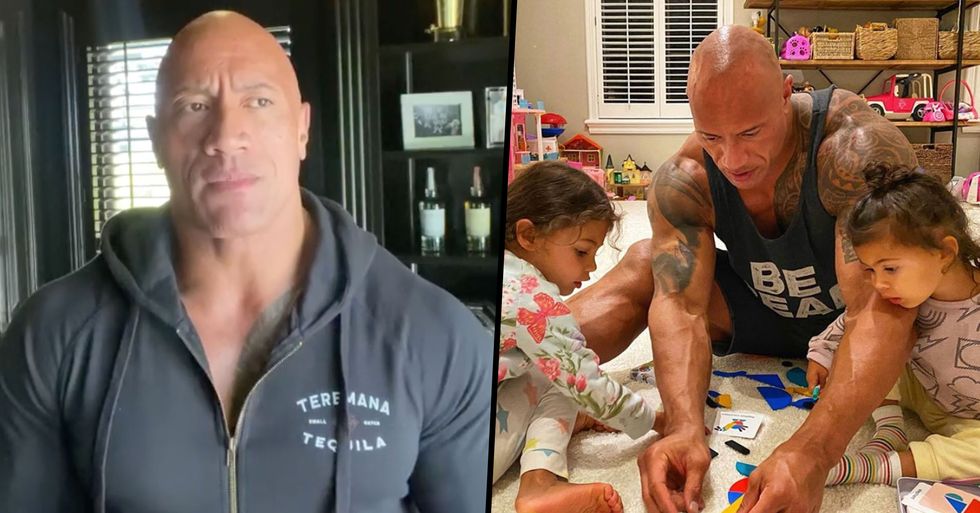 The Rock and His Entire Family Have Tested Positive For Coronavirus

It's hard not to like Dwayne 'The Rock' Johnson. From his humble beginnings, he has risen to be one of the most loved celebrities of all time.

But now, the star has released a video revealing some sad news about his family...

And he's got a big message he wants to send out.

But, first of all, let's get one thing straight.

The Rock is the nicest man in showbiz. Yes, even nicer than Keanu Reeves, who has been a contender for the top spot for a while now.

I'll prove it to you. As well as never backing down from a song request from his daughter, here are another 6 reasons why we just can't get enough of him!

But this week, the star filmed a video with a slightly different tone than his usual uplifting content.

In the clip, Johnson revealed he and his family have all tested positive for the coronavirus.

The star explained the news came as a huge surprise.

"I can tell you that this has been one of the most challenging and difficult things we have ever had to endure as a family, and for me personally too," Johnson said in the video.

"And I've gone through some doozies in the past. I've gotten knocked about and gotten my ass kicked a little bit, but testing positive for COVID-19 is much different than overcoming nasty injuries or being evicted or even being broke."

Johnson says that he, his wife, and their 2 children are through the worst of the virus.

And are luckily no longer contagious.

We hope the whole Johnson clan makes a full recovery. For more on the star, keep scrolling to find out how one guy got on when he started training like The Rock. The results are incredible...
20%