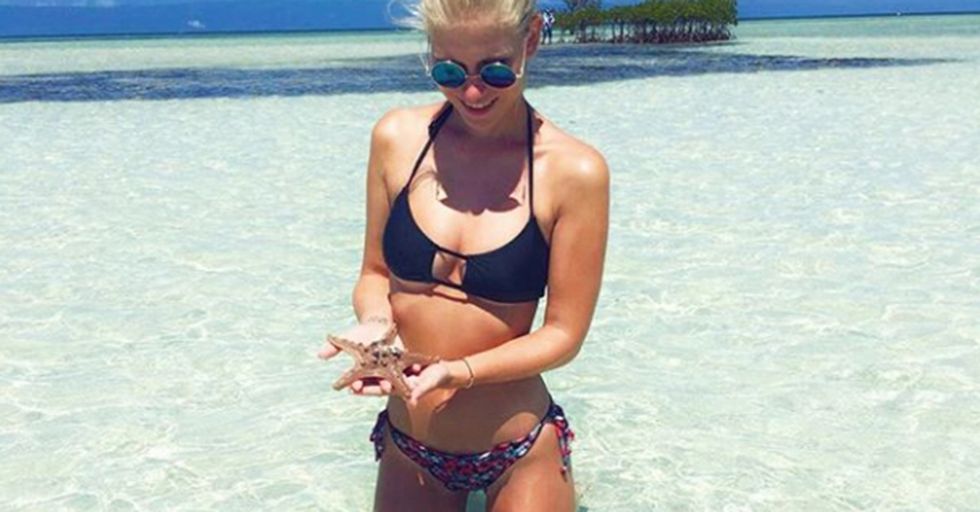 WARNING: Seeing a Starfish Walk Will Potentially Ruin Your Life

We like to think of starfish as adorable sea creatures that, when they die, can live on as delightful home decor. But that's likely because you've only ever seen them standing still. Unfortunately, seeing starfish in action proves they are living nightmares and maybe more suitable for a haunted house than the family beach house.

They're literally just stars that decorate the ocean in a variety of colors. Even though we don't think about them much, we're pretty sure they're friendly. Maybe even the friendliest. They're kind of magical, right?

We certainly don't seem to mind touching them.

How could the fish we literally collect along with seashells be bad in any way? If anything we feel bad for potentially bothering them for the sake of photos. But, we figure, they'll forgive us. They are photogenic, after all.

These are the fish of peace.

They not only symbolize a relaxing weekend at the beach, they also practically invite attention. The way their arms are always literally outstretched, as if asking for a hug. They want to be our friends!

Well, we have some bad news.

Starfish might actually be the most terrifying creatures in the ocean. A fact they've been hiding from us for centuries. We can only assume this is because they've been planning something. Something big. A new video on social media is exposing these monsters for what they are, but you'll want to prepare yourself...

Yep, the way in which a starfish travels from point A to point B is pure nightmare fuel. It's just bad PR all around. No wonder they're always standing still when we're around. Otherwise, we'd realize they're aliens.

The kind that jump on your face and, you know, do all that scary alien stuff they do in that movies. We aren't sure of the specifics because we all covered our eyes during those scenes.

And of course the internet had to go and make it worse.

When you speed up the clip, you can see the starfish's true intentions: it is coming for you. Quickly. You can run, you can hide, but you probably already have a starfish somewhere near you. We already let them in!

This is all very upsetting.

No one is happy about this at all. This is a revelation that's likely to change literally everything we thought we knew about the sea. What other creatures mask hidden horrors? Do humpback whales slither? Do dolphins have spikes? What can we even know anymore about what lurks in the ocean's depths?

Of course, some people are completely blinded by their love of starfish.

Sure, cute. Cute like a millipede, or any other horrifying-and-not-at-all-cute creature in the universe. These are the people who the starfish got to already — and they can no longer be trusted.

But the real crime here is that SpongeBob lied to us.

This show has officially set the children of America up for all kinds of disappointment when it comes to the behavior of starfish. Next, we'll be finding out sponges don't even wear pants. Can you imagine?