The Science Is In: Here's the Real Reason Your Belly Button Feels Weird When You Press It | 22 Words 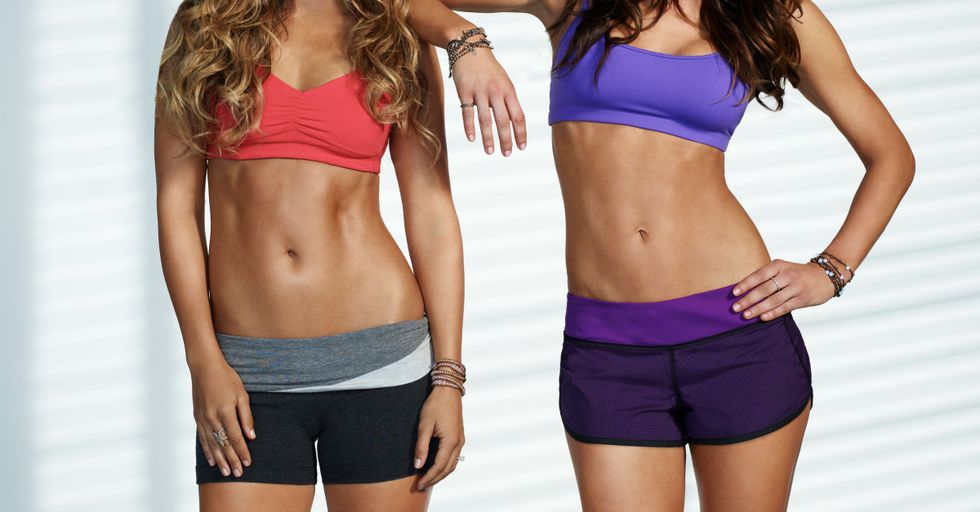 The Science Is In: Here's the Real Reason Your Belly Button Feels Weird When You Press It

Life is chaotic for all of us. So when it comes to mental energy, the last place you want to spend it is contemplating mysteries of the human body. Especially a part as seemingly inconsequential as the belly button.

Turns out, however, there's some really interesting trivia about navels that's handy to know.

Science is always revealing fascinating tidbits about obscure bodily functions, and belly buttons are no exception. Sure, it looks like it just sits there, completely innocuous, but things are actually going on beneath the surface.

We already know they're fun to decorate.

Belly buttons might as well be nature's billboard. Unlike lungs or hands, they're pretty much just there. What better to do with apparently non-functional body parts than decorate them? For quite some time, they've been considered fair game for any tattoo imaginable. The results are always interesting.

If you don't want to ink it, put something through it.

If tattoos aren't really your cup of tea, piercings are also perfect for belly buttons. OK, it's probably not what they're intended for, but adorning them with rings and sparkly jewels is kinda fun, right? Well, as long as they don't get caught on anything. Ouch.

They tend to be nature's trap.

Pretty gross, we know, but it's well-known that belly buttons tend to, um, grab any lint that lingers near them. How it gets shoved down in there is anybody's guess. It doesn't make it any less creepy to have to extract it though. Ugh.

Good hygiene is a must.

And while we're on the subject of lint-grabbing navels, it's also good to note that these little suckers are also prime breeding grounds for bacteria. It's suggested that the average human being might have about 67 different species wandering around in there. So a good once-over in your daily shower is probably a solid idea.

It doesn't stop us from looking at them.

Grossness aside, the fact that the belly button is kind of a roaming Petri dish doesn't stop us from staring at them. In fact, the term "navel-gazing" comes from the Greek term "omphaloskepsis," which literally means "navel-looking," a practice the Greeks thought helped with meditation.

And now, a fun new fact has emerged about the belly button.

Have you ever poked your belly button? Come on, now. Be honest. If you have, chances are it's probably thrown you for a mental loop. If you haven't tried it, be warned: doing so causes a strange sensation in your groin and the odd urge to hit up the bathroom.

Your belly button is actually connected to a few important things.

Our innies and outties aren't completely disconnected from everything else going on in the human body. In a recent interview, Dr Christopher Hollingsworth, a physician from NYC Surgical Associates, told BuzzFeed, "The internal lining of the abdominal cavity at your umbilicus (belly button) is called your parietal peritoneum." Turns out, the inner lining and the outer belly button are pretty closely connected.

You're not imagining the feeling of having to run to the bathroom.

To get a little more graphic, the "tingle" you feel in your groin area is usually felt in the urinary tract. Dr. Hollingsworth goes on to explain exactly why we feel the overwhelming urge to urinate when the belly button is pressed. “This structure is exquisitely sensitive and its sensory nerve fibers relay input back to the spinal cord at the same level as the nerves that relay sensation from your bladder and urethra," he says.

Don't worry though. Grazing your belly button against something won't make you wet your pants.

Thankfully, it isn't some trick of nature. And to get that type of got-to-go-now response in your bladder, you have to press pretty hard. Because most of us don't go around prodding ourselves in the stomach, this type of bodily response isn't a threat.

But don't take it from us. It's official.

In case you're still a little incredulous about this, it's good to know the science behind it. Dr. Hollingsworth does a good job putting everyone's mind at ease, when he assures us that you really have to try to get the sensation in question. "You will notice that if you push anywhere around the belly button, it won’t give you the same sensation because you aren’t hitting the deeper fibers behind the muscle layer," he says.

Pierce it or tattoo it, but try not to prod that belly dimple too much.

So there you have it. The belly button, while seeming to just sit idly in place, actually has some effect on the body around it. It's not a totally useful one, but the phenomena is interesting nonetheless. Just don't go around poking yourself in the belly button too hard, even if it's just to see what happens. We're not responsible for any last minute runs to the bathroom.