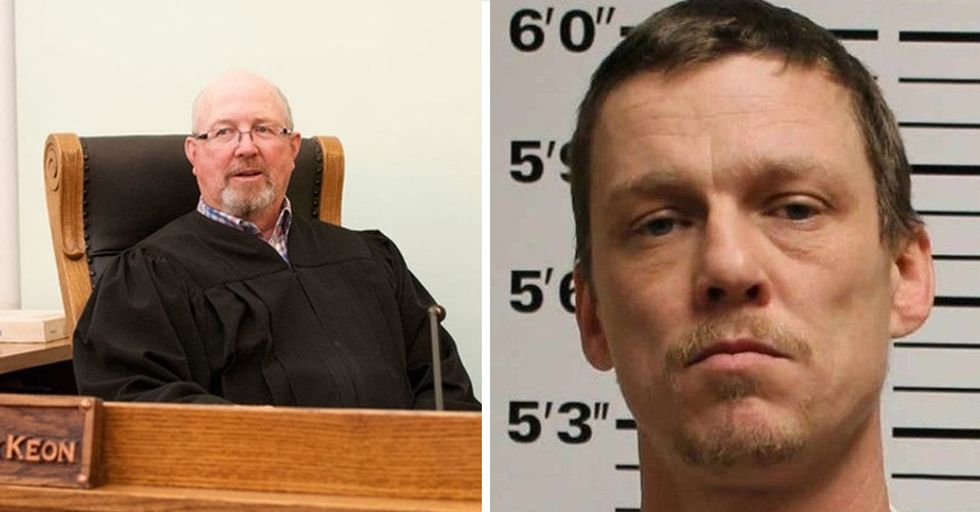 Long story short, humans can be garbage at times, and when they are, we hope that justice will be served and they will get what they deserve.

This is especially true when the crime is committed against an innocent child, like when a father does something unforgivable like rape his own 12-year-old daughter.

If you're sane, you hope he rots in jail for the rest of his life.

But if you're this Montana judge, you have other ideas.

Judge McKeon thinks that 60 days is a fair prison sentence for a man who raped his own child.

And even worse? The father, Martin Blake, will end up only serving 43 days of that sentence, to boot.

This is all thanks to Judge McKeon's discretion, by the way.

The plea agreement recommended a 100-year prison sentence, with 75 years suspended, resulting in 25 years behind bars for the man's heinous crime. He would also be responsible for the "educational phase and cognitive behavioral phase of a sexual offender treatment program," $80 in court fees, and any future cost of "psychological counseling, therapy and treatment" for the victim."

That's just the start of the story, as the dad isn't the only person in the family that has a screw loose.

Judge McKeon, possibly swayed by letters from the girl's mother and maternal grandmother, asked for leniency.

Yes, you read that right.

Letters from the victim's mom and grandma siding with Deadbeat Daddy. Take a look at what they had to say on the next page.

And here's grandma weighing in:

Here's the pathetic statement from the Judge.

If that doesn't make your blood boil, not much will.

McKeon has rightfully faced heavy criticism for his ruling.

A Change.org petition was started to impeach Judge McKeon.

It currently has almost 300,000 signatures, but it might have been too little, too late.

Judge McKeon was planning to retire shortly after the case, possibly as a result of the criticism he faced.

But people still wanted the petition signed, as it will deny him his state pension.

Unfortunately, it was too late.

The petitioners were heartbroken, and they updated their page to reflect their emotions.

The petition read, "Montana is broken. The system is broken. We may have lost thus fight, but the war is just beginning. We will not stop fighting for her and all those like her. Today, we are painfully ashamed to be Montanans."

Judge McKeon gave one final statement on the case.

"I've tried to do my job studiously, hardworking and timely and confidently throughout this entire tenure," McKeon said. "A lot of these cases are emotional cases, cases that carry with them a certain amount of stress. There's something that might weigh with you for some time, until you might make a ruling. Once I make a decision, I've got to move on. That's what the appellate courts are for."

Great, and now after 43 measly days, a rapist can "move on" too.

We would like to personally invite Judge McKeon to kiss our collective ass.