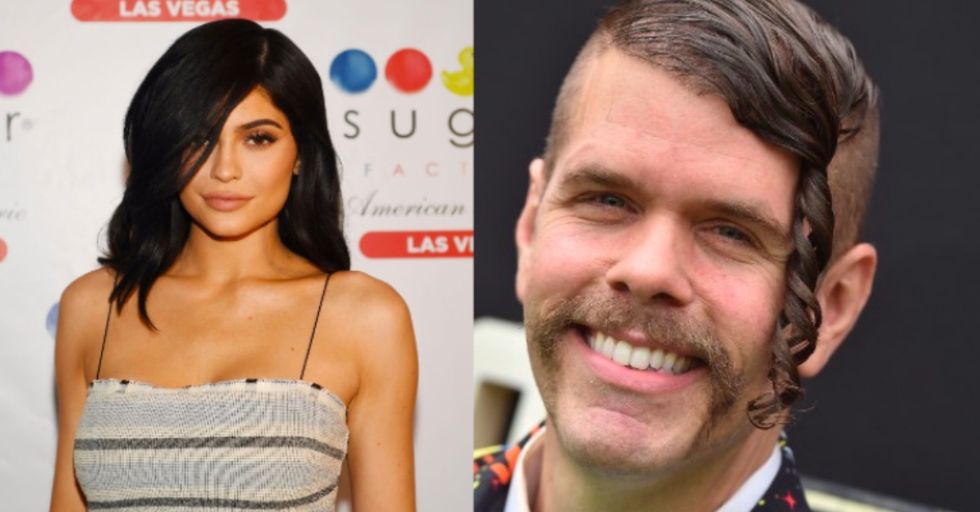 You may have heard that Kylie Jenner is reportedly pregnant. It's been covered in a couple places over the last few days. The Internet is kind of excited. Some people are talking about it.

Just kidding. The Internet is literally bursting at the seams with articles, think pieces, conspiracy theories, and Kris Jenner GIFs. Are the Kardashian-Jenner pregnancies all an elaborate plan? Is Kylie (or Khloe) actually Kim's surrogate? Will Kylie's kid be the first baby with its own makeup line?

No one knows. But they have lots of opinions. And one of those people with an opinion is Perez Hilton. His opinion just happens to be a bit stronger and more judgmental than the others.

Kylie Jenner's having a baby, y'all!

One of those people with thoughts is Perez Hilton, famous celebrity gossip blogger at none other than PerezHilton.com.

Hilton has faced a fair amount of controversy in his day. In fact, his Wikipedia page has an entire section devoted to the numerous controversies he's been involved in. Perez Hilton averages 131 Million Impressions and 12 Million unique readers per month so it certainly matters what he says online. His latest statement — regarding Kylie's pregnancy — will no doubt soon end up on that Wikipedia page...

On September 22, Hilton published a video on YouTube called, "KYLIE JENNER IS PREGNANT!! My Reaction!"

It's a six-minute long rant criticizing the Kardashian-Jenners. He highlights Kylie's age (which he gets wrong — he says she's 19, but she's actually 20) and expresses his skepticism about the Jenner-Scott relationship. But the most egregious part is when Hilton says — or actually, screams — "I love life. I love babies. If I were Kris Jenner I would tell that girl to get an abortion!"

Needless to say, the Internet didn't take too kindly to Hilton suggesting Kylie Jenner get an abortion. Who would have thought?

Kylie Jenner's pregnancy, no matter how famous she is, does not belong to anyone else. Pro-choice and anti-choice people both responded saying Hilton's comments were inappropriate.

It's simply not OK for any person who's not Kylie to try to make decisions about what she does with her own body.

In a follow-up video, Hilton tried to clarify his comments by saying, "I one thousand percent respect a woman's right to choose. I am not saying that Kylie Jenner should get an abortion right now. What I said — or what I meant to say, if I didn't say it accurately — is that if I were her mother, I would've told Kylie Jenner to get an abortion when they found out in July." But the point is, abortion is not a decision for anyone but the pregnant woman to make. Not even her mother. Or her boyfriend. Or — and we can't believe we have to say this — Perez Hilton.