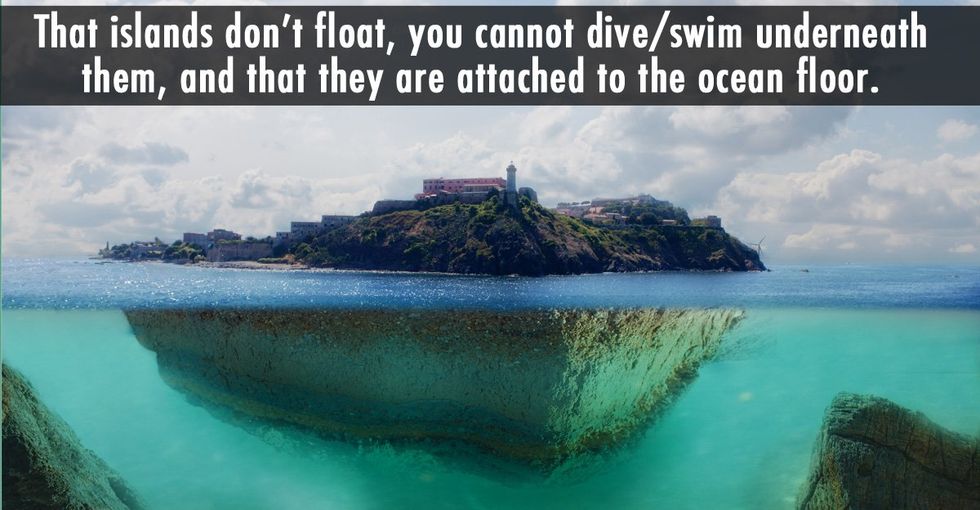 It's understandable that certain things can be confusing, but as adults, there are some things that we often just assume are common sense.

We are wrong, at least according to the people of Reddit who shared the simplest thing they've had to explain to a completely competent adult.

Well, numbers are confusing...and letters. Don't forget letters.
You can never be too careful! No one likes spoiled milk.
For those who don't understand thermodynamics, might I suggest a microwave? Or maybe just eating in?
I was told there wouldn't be math.
But I know the password and everything! Why can't I connect?
Let's be honest. Do we really want this person behind the wheel of a car?
But vegetables are in the vegetables spot and breads have their own place, so how is salmon not a chicken?
It's safe to assume her business card wasn't for graphic design. Or computer science.
To be fair, he makes a good point, although that changes all those art projects back in elementary school.
Again, do we want this woman behind the wheel of a car backing down that driveway?
So you mean north isn't straight up at the sky and south isn't somewhere below you?
But at least that means you have a chance, right?
But think about that for a minute — how cool would that be? Think of all the cat pictures you could have dancing on your walls!
Cows have four stomachs, yet we only have one. Life is so unfair.
And on top of that, they couldn't figure out why they couldn't connect to their home Wi-fi from somewhere away from their house.
Maybe she should hook up with the person who thought that fish was poultry. Worlds collide!
And for her, perhaps she should hang out with the person who couldn't grasp the idea of two World Wars.
At least she knew they were part of the United States, you know, since they're not technically connected.
They're paid by the hour — and the builder — so apparently less is more!
No, all famous people do not look alike.
You mean that we have to pay you to do things that we ask you to do? What kind of operation are you running here?!?
So let me get this straight. Fish isn't poultry, eggs come from chickens, and bananas aren't dairy? MIND BLOWN.
He brings the heat at all of his concerts, and people storm the arenas to see him perform.
Can you imagine what happened when she found out ATMs weren't just spitting out money?
Let's just say the light are on but nobody's home.
But I swear I saw a pickle tree once...
All these stores and their sales that are simply encouraging theft!
And all dads think the thermostat doesn't have to be used until the temperature is sub-arctic in the house.
But a quarter is 25 cents, so at least they have that fact to back things up. They're still ridiculously wrong, but there's a small margin of sense.
And what about movies like Jurassic Park? How did they all survive the dinosaurs?
If that was a the case, a strong storm could move Hawaii up to Alaska and prove our friend a few pictures back correct.
That's one way to turn a latte into iced coffee.