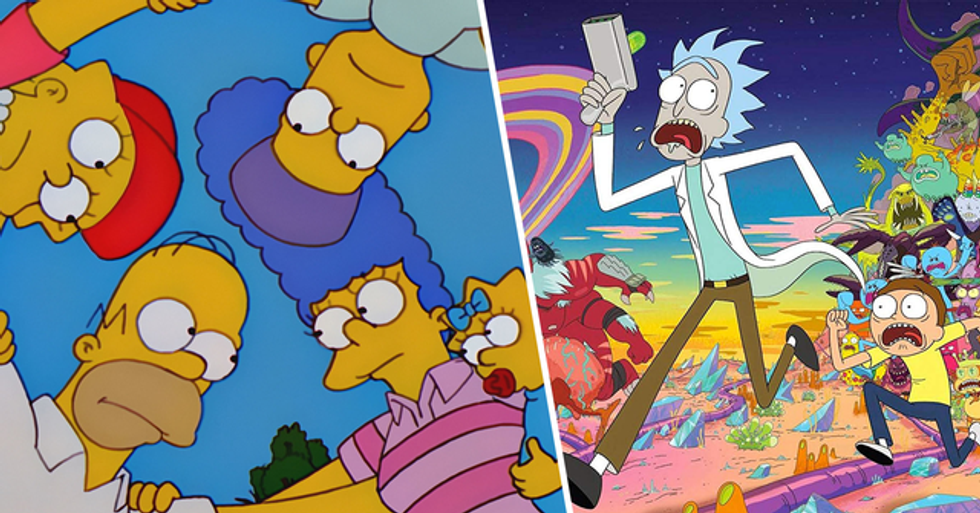 Fans of some of the most hilarious and pioneering cartoons of the past few decades are in mourning today as it's been revealed that iconic producer Michael Mendel has passed away. Tributes have been pouring in for the star, best known for his work on Rick and Morty, The Simpsons, Big, and Jerry Maguire.

The entertainment industry was hit with a tragic loss this week.

It has been confirmed that iconic television producer J. Michael Mendel has passed away at his Los Angeles home.

The star is a Woodbury native and was born in 1964. Mendel then attended the local Monroe Woodbury High School.

He then remained upstate for his college experience.

Mendel attended the famous liberal arts school at Syracuse University. After graduating, he decided to pursue a career in the entertainment industry.

This is where he met James L. Brooks, the iconic comedy movie and television director.

Gracie Films was behind the iconic Tracey Ullman Show.

The show gave us many memorable moments - but it is now perhaps best known for another reason.

Because The Tracey Ullman Show was the birthplace of The Simpsons.

And soon, this show spun off and became its own incredibly successful series, with Mendel working hard on it.

During his stint on The Simpsons, Mendel moved from postproduction supervisor to producer.

The Hollywood Reporter tells of how Mendel first served as a line producer, liaising between James L. Brooks’ Gracie Films and the Fox network to make sure the timings and expenditure of the show were running smoothly.

And Mendel did an excellent job doing it.

After his work on The Simpsons, Mendel began on another venture.

In 2013, Mendel began working with Justin Roiland as a line producer on Rick And Morty - winning another Emmy in 2018 for his work on the show.

But it wasn't just cartoon television shows that Mendel had a talent for.

The 1996 comedy-drama was one of the first times Tom Cruise hit our screens.

Many industry professionals have offered tributes to the star.

Popular comedy network Adult Swim commended Mendel for the way he "guided and supported a generation of artists, writers, and creators" and claimed, "his absence will be felt by the entire community."

His Rick and Morty partner offered an emotional tribute.

My friend, partner, and line producer Mike Mendel passed away. I am devastated. My heart breaks for his family. I d… https://t.co/aBnQUoTkAl
— Justin Roiland (@Justin Roiland)1569270312.0

"I am devastated. My heart breaks for his family. I don’t know what I’m going to do without you by my side Mike. I’m destroyed."

It's clear that Mendel had a positive impact on all he worked with.

A fellow Simpsons writer also shared a tribute to the star, calling him a "great guy."

Some are wishing they could use some of Mendel's own innovative Rick and Morty inventions to resurrect the star.

Others had more simple reactions.

Many Rick And Morty fans are also concerned about what this will mean for the future of the show.

And some just felt disbelief.

Some fans hoped this was an online hoax - but tragically, that isn't the case.

It's clear Mendel will be hugely missed.

The reaction both of those he worked with and fans of his productions speak highly of him both as a talent and as a human being. According to casting director  Juel Bestrop, Mendel's wife, the producer passed away of "natural causes" in the pair's Studio City home.

But there's no doubt who will miss Mendel the most.

He's survived by his wife, fellow Emmy-winning casting director Juel Bestrop, plus two children, Jacob and Jesse. Tragically, Mendel isn't the only loss the entertainment world has faced this year, either.