And perhaps the best one ever? | 22 Words 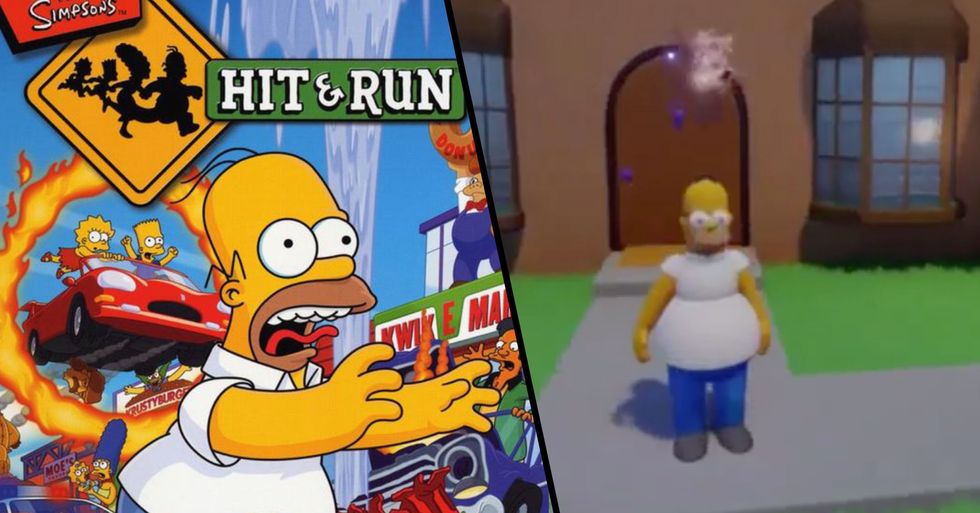 'The Simpsons: Hit & Run' Has Been Remade on PS4 by a Fan

The Simpsons is known for many things - long, rambling storylines, beloved and hilarious characters, and a nostalgically-appealing animation style. And even better than the show? Those iconic Hit & Run games, of course.

They've been much missed since they disappeared - but now one hardcore fan has brought them back - and the internet is thrilled.

It first aired in 1989, and although it has stumbled along the way, The Simpsons still remains one of the most popular cartoons on television.

It's also one of the longest running.

The world of The Simpsons wasn't designed to be realistic but has an undeniable visual appeal. The show also brought the idea of cartoons for adults to the mainstream.

Many of its most popular episodes are its most experimental, including the famous sequence in which Homer eats the world's spiciest chili pepper, then falls into a dream world with a coyote voiced by Johnny Cash.

Looking back, it's pretty difficult to criticize what many refer to as The Simpsons' "golden age." It was one of the rare shows which everyone seemed to enjoy.

And the show was happy to capitalize on its success.

The Simpsons has never shied away from a spin-off!

And perhaps the best one ever?

Anyone who remembers these games will remember one thing.

They were absolutely amazing.

And for those who don't remember...

Well, the concept was pretty simple. You drove around Springfield and got up to mischief.

There were hours of fun to be had.

The games are remembered as a classic for a reason.

But in recent years, they've vanished from the shelves.

As consoles updated, there stopped being a way for us to play our favorite Simpsons games.

Which gave some gamers an idea.

If the Simpsons weren't going to give us the game, then we could take matters into our own hands ...

And a fan-made version of the game has been created.

It was made on Media Molecule's PlayStation 4 game, Dreams, which allows users to create games of their own. Or copy old ones, of course!

And here it is.

Dreams user ReivaJKH made his very own Simpsons game and it's got a lot of attention.

And even more exciting?

It seems to have reignited interest in the game. Games designed Joe McGinn told GAME, "I would love to have it myself on my Nintendo Switch! Having said that, the PC version - if you can find it - not only works on modern versions of Windows, it is compatible with some pretty amazing mods."

And producer Vlad Ceraldi has faith in a remake.

"I could see it on multiple different types of platforms as a remake or remaster. It would have to take the parties who are in charge of the property to want that to happen and someone out there to decide that they were going to go out and do it. But absolutely, it would be fun to explore those characters and that universe again, that work again," he said.

"As far as why it stood the test of time, I think it's a game that kids could play, adults could play, anyone who was fans of the show could try and laugh and have fun with."

"When you make something, sometimes you know you've made something special. This was one of the ones that we knew we hit the mark. We didn't know it was going to sell as well as it did - we had high hopes, but it definitely hit its expectations." And for more amazing Simpsons content, scroll on for everything they've freakily predicted about the future...