'The Simpsons' Is Coming to an End, Says Show's Composer | 22 Words 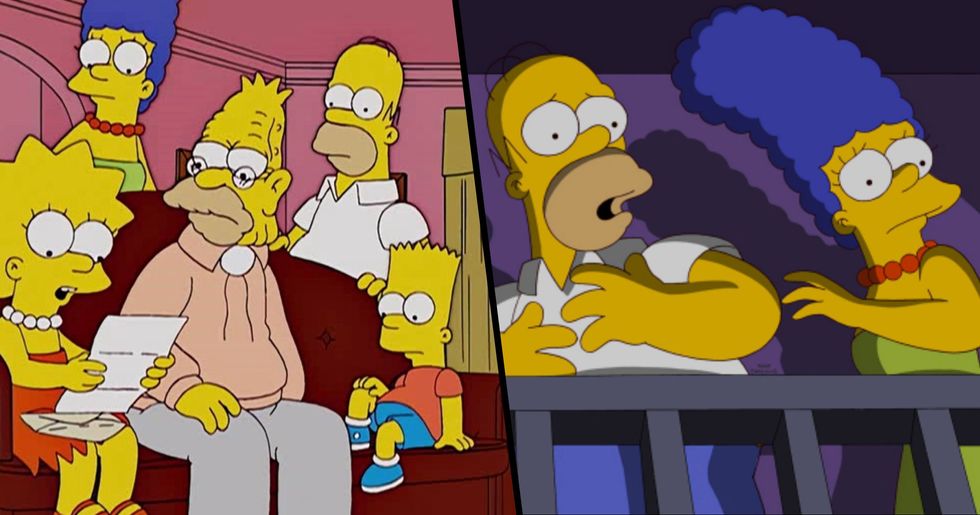 'The Simpsons' Is Coming to an End, Says Show's Composer

Believe me, no-one dislikes this news more than me. If I had my way, The Simpsons would never come to an end.

Matt Groening's head would be preserved in one of those Futurama jars and he would continue creating episodes of the show until the end of time. On my deathbed I want to be able to watch new episodes of The Simpsons, predicting whatever the future would likely hold.

Won't someone think of the children?

Sure, some of you older folk might be "bored" of the show but think of the generations of younger kids that are yet to grow up in a world without new episodes of The Simpsons.  This isn't the reason The Simpson's has been canceled, however...

If we don't get new episodes how does the show remain current?

The miraculous power of The Simpsons is that it has always been able to seamlessly move with the times. Each season is like a time capsule of the year it was made.

How are they even going to end it?

Will Springfield get nuked, will Homer's heart finally give in, will Lisa find out she's adopted, will we realize the whole thing was Moe Szyslacks dream?

Will Marge and Homer finally split up?

One of the things I like about The Simpsons is that things don't really change. No matter what happens during the first twenty-one minutes, by the final scene, everything is back to how it was. If Marge and Homer break up for good, I think I'll stop believing in love.

The Simpsons has given us some insights into the future...

Like how Lisa will almost marry that godawful posh British bloke.

Always on the money.

The Simpsons have predicted the actual future an impressive number of times. For good, or for bad...

What about all the celebrity cameos?

At least we can still leaf through our favorite eps...

I'm just going to miss it so much.

I mean, can you think of anything else that has been so consistent in your life for thirty whole years?

If The Simpsons come to an end expect a neverending sea of sad boys and girls.

I swear, we'll ax vending machines, we'll write all over the whiteboard, and we will never, ever leave the couch... except, you know to do those aforementioned things.

Maybe the kids of today are too busy on Tik Tok and keeping up with Kylie Jenner's latest Instagram story to appreciate all that is good and wonderful.

Some people are happy to see the back of it.

Some dead-beat Twitter user called Kirby seems to be very happy at the news that the most iconic cartoon of the last thirty years is coming to an end. I've got one thing to say to the haters...

You need to chill out...

I mean sit back, relax and stick on any of the wonderful 665 episodes. Heck, watch all of them. I guarantee you'll be itching for more.

How long would it take to watch 'em all?

Well, with each episode coming in at twenty-two minutes without ads, all together that would be 14630 minutes of viewing... now that's just a bunch of numbers, right? But to put it into perspective that rounds up to just over ten days of viewing. That's of course if you didn't sleep, take a break or move from the screen at any point. Who's up for it?

Not everyone thinks it coming to an end.

There are still some devoted fans who believe the show will keep going and going.

The rumor of the end broke on Saturday.

The guy who composed the title track, Danny Elfman was being interviewed when he made the claim. He reportedly said, "Well, from what I’ve heard, it is coming to an end. I don’t know for a fact, but I’ve heard that it will be in its last year."

Maybe Elfman is holding a grudge?

Multiple sources claim that Elfman is disappointed that of all the music he has composed during his career, from Batman to Spiderman, he is defeated by the knowledge that he will probably be most remembered for The Simpsons theme. Apparently Elfman had no idea the animated show would go anywhere when he rustled up the theme in 1989. For him, it is now a source of constant irritation.

Sorry to disappoint you, Mr. Elfman...

But whether The Simpsons is now canceled after thirty-two seasons, you will still always be known as the guy behind the doo doo doo doo tune.

Well, let's hope Elfam is wrong and that we can expect many more Simpson family drama for years to come.

Matt Groening has been vague about the future of the show.

At a recent comic-con, the shows creator discussed how now that Disney had bought the rights there may well be another movie. Not that he personally thinks that's a good idea. According to Groening, the last movie messed with the shows flow and it took them years to get straight again.

So don't make any more movies?

There you go, sorted. Sadly it all comes down to money and as much as me, Matt Groening, and Lisa might care about the legacy of the show, the people at Disney might be more interested in the big bucks a feature-length movie could draw in. Fingers crossed we can expect more The Simpsons content in the future. Continue scrolling to see all of the funniest signs ever to appear in The Simpsons.  They're a real hoot!