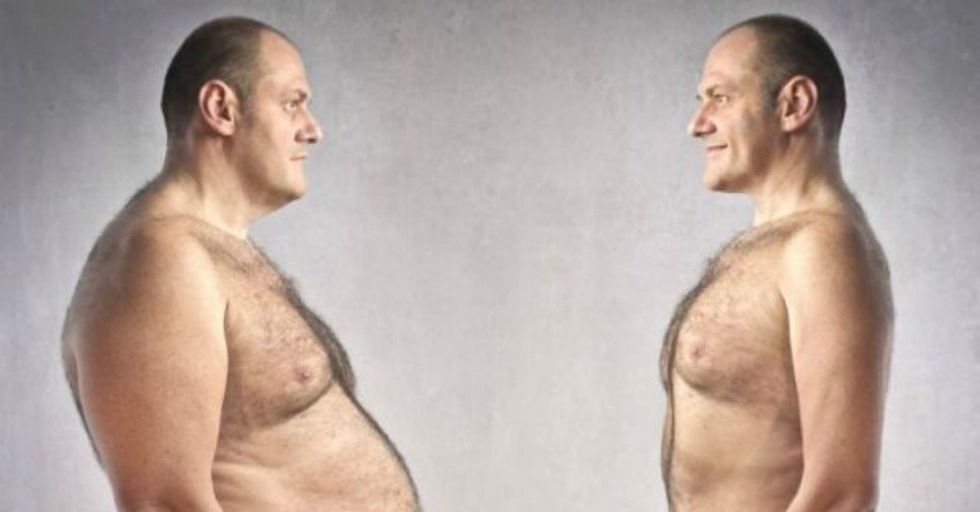 It's no secret that there's an obesity epidemic in America and that people are always looking for the next miracle cure.

While good diet and exercise are the most important factors, it's also important to understand the science of fat so that you can shed it as safely as possible.

A Yorkshire health study has defined six types of obesity caused by various factors. There are two main forms of distribution, gynoid and android.

As PositiveMed describes it, “A ‘gynoid’ distribution is most commonly seen in women. This is what many call the ‘pear’ body shape. In this pattern, hip circumference is greater than waist circumference."

According to PositiveMed, "An ‘android’ fat distribution pattern is so called because more men than women exhibit it. You may have heard it described as an ‘apple’ body type when the waist circumference is greater than that of the hips." Now let's check out the six types of body fat and easy ways to get rid of it.

This type is most common in the world and occurs due to excessive food and sugars intake. The solution? Make changes in your diet, reduce the amount of food, discard sugars, and exercise at least 30 minutes a day.

This type of obesity is caused by stress, anxiety, and depression, which usually leads to an increased intake of food, especially sweet food. Again, the best thing to do is try to control your stress and get rid of some body fat with physical activity.

This is most common in women who go through menopause and women with impaired balance disorders. To help prevent this, avoid prolonged sitting, alcohol, and smoking, and exercise with weights.

People who have a bloated stomach accumulate fat in this body part. It's usually related to alcohol consumption and breathing problems.