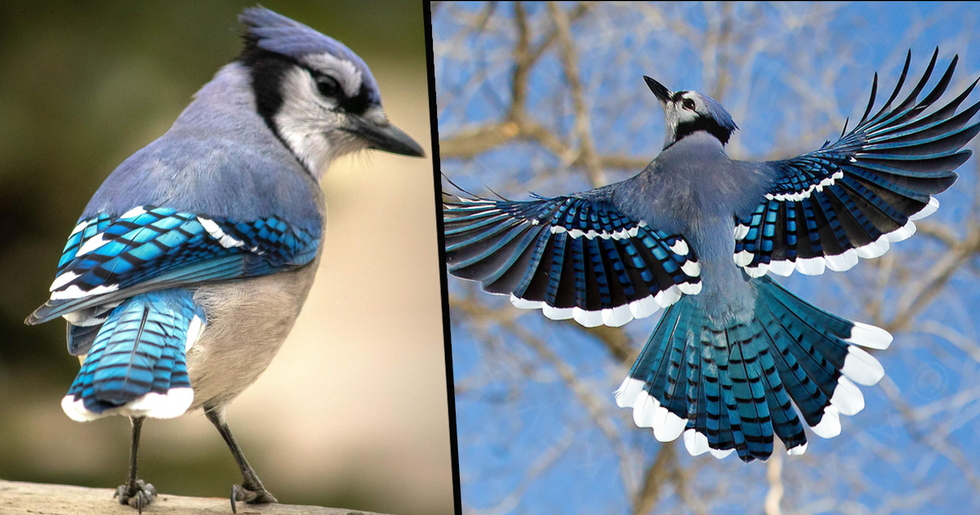 There are tons of "common" bird species out there. But one that looks anything but ordinary is the stunning blue jay...

Planet earth is home to all kinds of birds.

And they all have something in common: they all look pretty mediocre. Forget extravagant feathers and bright colors, the most common species of bird share the grey-black-brown color variety.

The UK holds around 574 species of bird.

The most common bird in the UK is the wren. Following this species, there are also crows, magpies, blackbirds, sparrows, woodpigeons, and starlings.

Now that's a lot of birds.

Birds are a vital part of the planet's wildlife.

Despite their lack of tropical colors, we're a planet or bird lovers.

And the latest to take off may be one of the prettiest we've seen.

And sure, looks aren't everything.

But it's nice to see a more extravagant bird once in a while, right?

Well, if you like a colorful bird, you're in for a treat.

The common blue jay has taken over the internet thanks to its gorgeous plumage.

Don't let the name fool you.

These cuties look anything but common!

The common blue jay is native to the USA.

Which means you've probably seen one of these guys hanging out.

But that also means one thing.

You might never have stopped to have a closer look at these stunners.

In fact, their birdsong can feel a little like nails on a chalkboard.

Meaning they're not the most popular birds in the avian kingdom.

They tend to be pretty chill around humans though.

Giving us the perfect opportunity to get a closer look at those feathers.

They're blue all over.

But it's the tail feathers that have really got our hearts racing.

They're most prevalent in the central and eastern US.

And sometimes they venture north of the border to Canada, too.

They don't tend to migrate - meaning you can enjoy watching them all year round.

And we can't remember the last time we saw such intricate tail feathers!

All hail the humble blue jay!

Fancy seeing some more natural phenomena? Scroll on for the strawberry blonde sunflowers that have taken the internet by storm...