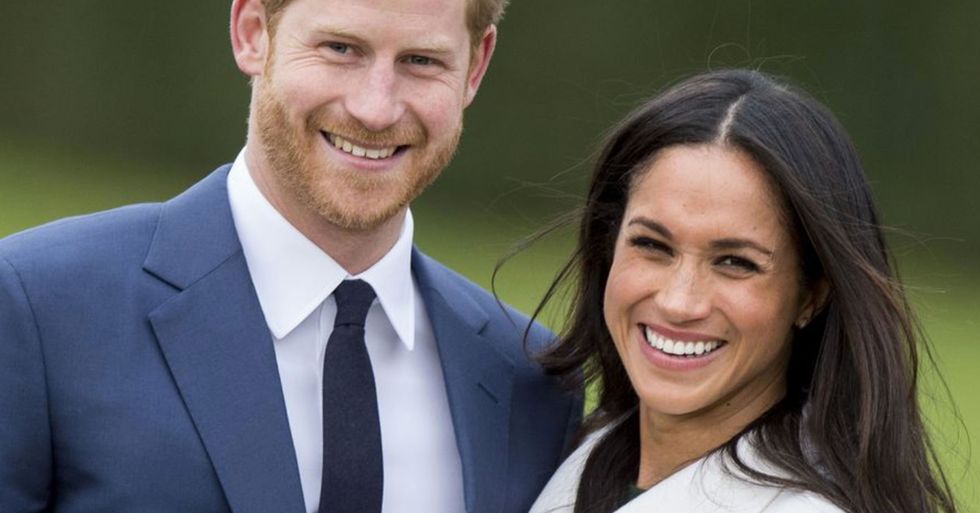 It's that time of year where we get to see the Royal Christmas cards and of course, fans were particularly excited for Meghan and Harry to share theirs, especially given it's baby Archie's first Christmas.

The couple has already broken royal tradition this festive period and it seems for their card, they've also taken an unconventional approach.

Keep scrolling to take a look. Archie looks so grown up...

The public has had a long relationship with Prince Harry.

His mother, Princess Diana, died tragically in a car accident in 1997 when Harry was just twelve years old.

But most agree that Harry has handled it with grace and dignity (a few slight scandals aside). It's clear that he has a heart of gold.

But in 2016, he met actress, Meghan Markle, and things seemed to change for him. He was blown away by the U.S. television star.

In the U.S. drama, Markle plays a brilliant paralegal named Rachel Zane. Before her high-profile relationship with Harry, this was how the vast majority of the public knew her.

They were set up by mutual friends, who thought that the 2 might be a good match. They went public with their relationship in 2017, with one of their first appearances at the Toronto Invictus Games.

The wedding took place on May 19th, 2018, and it was one of the most-watched television events of all time.

One that particularly captured the internet's attention was the moment that Harry lifted Meghan's veil. Many thought that the look between the 2 was super romantic.

Many drew attention to the fact that Meghan and Harry were paired up by friends on a blind date. This seems pretty relatable until you remember that he's literally a prince.

Even for the royal-skeptics and non-romantics amongst us, it was hard to not be at least a little moved by the love story.

So of course, the public was thrilled by the news that the royal couple were expecting their first baby together.

The couple announced their pregnancy on the 15th of October 2018. Many were super excited – not just about a royal baby, but because the baby was sure to be incredibly, incredibly cute.

He was given the somewhat controversial name of Archie Mountbatten-Windsor, which many thought was not traditional enough for a member of the Royal Family.

At seventh in line to the succession of the British throne, he’s set to live a pretty unusual life!

On their newly set up family Instagram account, Harry and Meghan shared a truly adorable picture of the entire Royal Family cooing over the newest addition.

Sadly, however, it's rare we get a glimpse at baby Archie.

For the most part, Meghan and Harry try to keep him away from the cameras. In fact, the recent media firestorm has left people concerned for Meghan and Harry's wellbeing - find out more at the end.

But this week, fans have been treated to an all-new snap of baby Archie.

It's that time of year where the Royals release their Christmas cards, and of course, the Sussex family had their own take on the tradition.

It was previously announced that Meghan, Harry, and baby Archie would be spending Christmas with Meghan's mother, Doria, and therefore wouldn't be attending Christmas at Sandringham with the Queen and Royal Family.

"Having spent the last two Christmases at Sandringham, Their Royal Highnesses will spend the holiday this year, as a new family, with the Duchess’ mother Doria Ragland. This decision is in line with precedent set previously by other members of the Royal Family, and has the support of Her Majesty The Queen," a spokesperson told E!.

Ahead of the festivities, the couple shared their much anticipated Christmas card with fans.

Archie was front and center of the card, leaving fans gushing over how grown up he is.

Many couldn't get over how much he looked like his mom.

Sadly, it's not been all rainbows and sunshine for Meghan and Harry. Keep scrolling to see why people have been seriously concerned for their wellbeing.